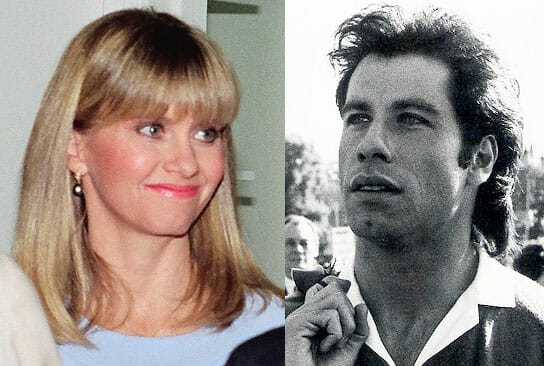 Her duet “You’re the One That I Want” with smooth talking Danny Zuko, played by the equally legendary John Travolta, has to be up there as one of the most memorable moments in movie history.

For Newton-John, the film became her major breakthrough but she is also a successful singer, winning four Grammy awards with five number-one hits under her belt.

She even has a star on the Hollywood Walk of Fame – in recognition for her great career.

But not everything has always been joy and success for the 69-year-old, who was born in Cambridge in the UK and moved to Australia when she was four years old.

Olivia turned 70 last September but couldn’t spend her birthday celebrating as she was undergoing radiation for cancer, which she is battling for the third time.

In 1992, Olivia Newton-John was diagnosed with breast cancer but her treatment was successful and Olivia remained free of her breast cancer for nearly 21 years.

Then, in 2013, it came back. Olivia was once again diagnosed again breast cancer and this time it had spread to her shoulder.

“I thought it’s my life and I decided I’d keep it to myself,” she said in an interview with Sunday Night.

After another successful treatment, Olivia thought the cancer had once again been beaten.

Sadly, she got some devastating news in 2017.

Olivia was once again told her breast cancer had returned and metastasized to her lower back.

throughout this tough period, Olivia has always had the strong support of her husband, John Easterling.

“My husband is always there and supports me. I think I’ll win it, it’s my goal,” she said.

Olivia’s daughter, 33-year-old Chloe Lattanzi, told 9News that her mother’s new battle with cancer had been deeply traumatising for the family.

“I would wake up in night sweats and panic attacks and I kind of pushed it, I didn’t deal with it,” she tells 60 Minutes, her first television interview speaking of her mother’s illness.

On August 5, 2019, Olivia sat down with 60 Minutes Australia to speak about her battle with cancer.

“I’m so lucky that I’ve been through this three times and I’m still here. I’m living with it. It’s just reinforced my gratitude.”

Olivia is trying to stay positive. “We know we’re gonna die at some point, and we don’t know when it is. When you’re given a cancer diagnosis or a scary honest diagnosis, you’re suddenly given a possibility of a time limit,” she explained.

“If somebody tells you, you have six months to live, very possibly you will because you believe that,” she said.

“So for me, psychologically, it’s better not to have any idea of what they expect or what the last person that has what you have lived, so I don’t, I don’t tune in.”

After receiving her third cancer diagnosis, Olivia Newton-John have been using cannabis oil for the pain.

And despite her latest diagnosis, Olivia is “getting strong again” and explains that her life quality had been enhanced by medicinal cannabis, grown for her by her husband John.

The couple are strong believers in the power of plants particularly cannabis.

“I really believe the cannabis has made a huge difference,” says Olivia.

Sending get well wishes and positive vibes to the wonderful Olivia Newton-John.

Please share to pay tribute to this legend of a lady and all those battling cancer.