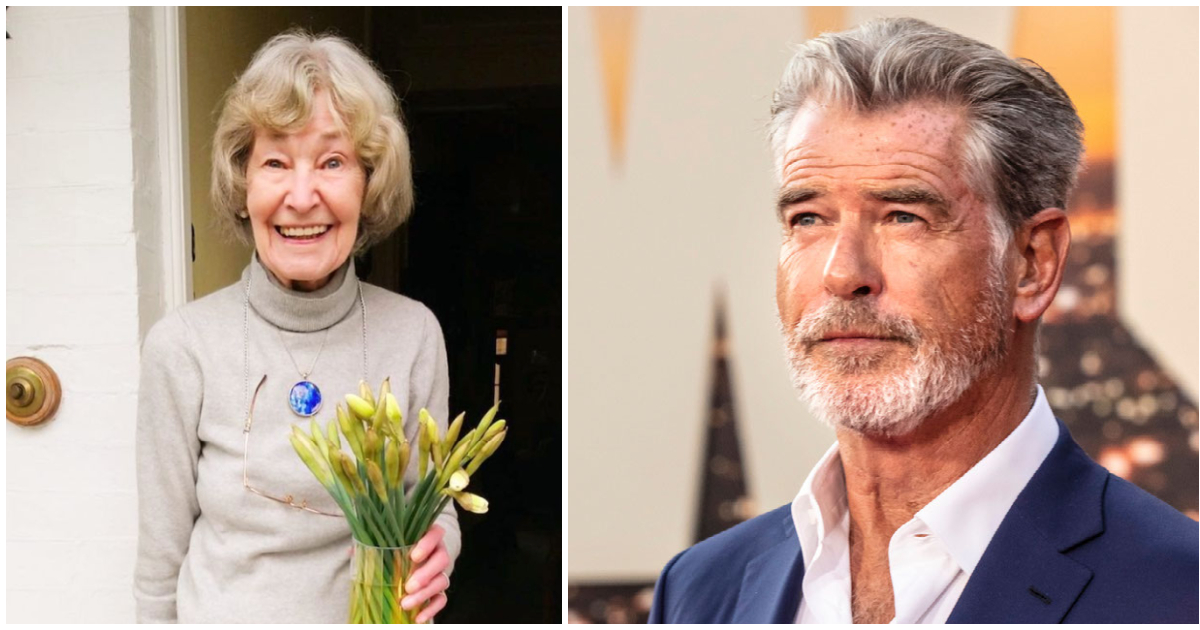 For decades actor Pierce Brosnan has established himself as one of Hollywood’s most dashing leading men, winning hearts as the ladies man lead of Remington Steele and the James Bond franchise.

But there’s one woman who is very special to Brosnan — his mother, May Smith. While their relationship in the actor’s youth was complicated, he shared a loving tribute to his mom in honor of her birthday.

On April 4, May turned 89, and Brosnan posted a photo of her on his Instagram page. And like her son, she’s still looking good for her age.

“Happy 89th birthday to my darling Mother May,” the 007 star wrote. “You have given me the world with your love. All my love in return.”

While Brosnan now has a close relationship with his mother, he didn’t have a conventional home life growing up, as both his parents were absent.

Brosnan was born May 16, 1953 in County Louth, Ireland. His father, Thomas Brosnan, abandoned the family when Brosnan was still an infant.

Soon after, his mother left to work as a nurse in London, leaving him to be raised by his grandparents in County Meath.

Still, he holds no grudge against his mother for her absence — and in fact, respects her decision to make a better life for herself under bad circumstances.

“My mother was very courageous. She took the bold steps to go away and be a nurse in England. Basically wanting a better life for her and myself. My mother came home once a year, twice a year.”

He eventually moved in with his mother at age 10. She raised him from then on as a single mother, and Brosnan went on to pursue a very successful acting career.

Brosnan now has a family of his own. He has five children from two marriages — his first wife Cassandra Harris passed away in 1991.

Brosnan is best known for taking on the role of James Bond from 1995 to 2002, beginning with the successful GoldenEye. He first rose to popularity as the title star of the 1980s TV series Remington Steele.

He has had lead roles in Hollywood films like The Thomas Crown Affair, as well as supporting roles in comedies like Mrs. Doubtfire, The World’s End, Mamma Mia! and its sequel, and the recent Netflix film Eurovision.

He is slated to play Doctor Fate in the upcoming superhero film Black Adam, opposite Dwayne Johnson.

We’re always fans of the great Pierce Brosnan, and we’re glad that even after a complicated upbringing he’s still a loving family man.

Happy birthday to his mother May! Share this story!