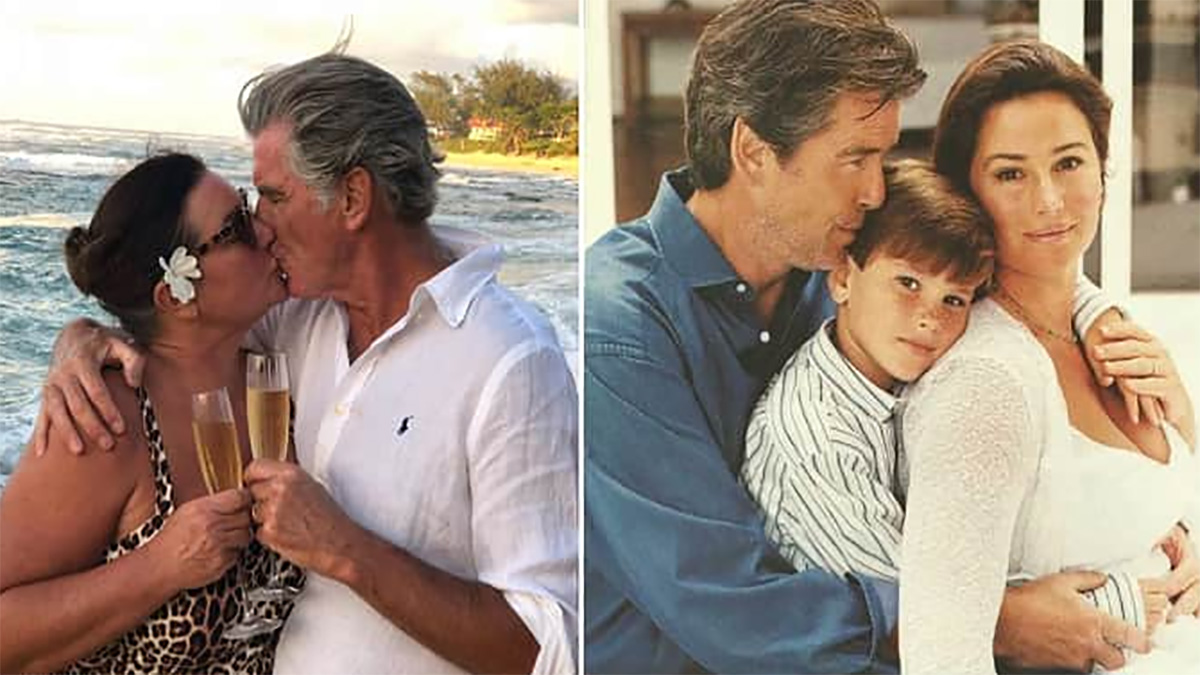 There are many couples in Hollywood whose relationship doesn’t stand the test of time. I can imagine its hard to live your life under the spotlight with the world and his wife documenting your every move, not to mention the critical voices on social media.

Known for playing the ultimate charmer onscreen starring opposite many beautiful leading ladies Pierce Brosnan is often portrayed as quite the Casanova. But behind the scenes he is the ultimate family man and devoted husband.

The relationship that Bond star Pierce Brosnan has with his his journalist, author and television host wife Keely Shaye Smith is one we can all aspire to. After more than a quarter of a century together the passionate duo still only have eyes for each other.

Their marriage shows that despite fame, age and all the physically changes that accompany it —  true love never dies.

Pierce and Keely have been best friends, companions and lovers for over 25 years now. The couple began dating in 1994 and got married 7 years after they first met at a bar in Mexico.

Keely and Pierce met when she was sent to interview Ted Danson and ended up connecting with Pierce instead.

“He was captivating,” Keely told People in 2001, according to PopSugar.

“Tall, dark and handsome, everything that everybody would immediately be attracted to. He had this mischievous sparkle in his eyes. I thought, ‘Wow! Wow!’”

“I love her vitality, her passion. She has this strength that I wouldn’t be able to live without. When Keely looks at me, I go weak,” he said.

Pierce and Keely had a romantic wedding in Ireland, in 2001.

The couple have two sons and share a passion for nature working to prevent whaling and the destruction of our oceans’ inhabitants.

There is no doubt that Pierce and Keely were a match made in heaven – their two sons were born quite soon after the couple started dating.

Since then, Keely has continued to work hard with her own career, while also doing a great job of taking care of the kids. Keely has also beautifully taken care of Pierce’s children from his previous marriage to Cassandra Harris, who died of cancer in 1991.

Before she met Pierce, Keely actually had a career as a model and she was also an actress back in the day. In recent years, there has been a lot of discussion about Keely’s weight, especially in gossip magazines.

Everyone can probably see that she put on some weight, but who doesn’t when you get a little older? Some media reports says that Keely may have had problems with the thyroid gland, but I think she is radiantly beautiful.

It’s so refreshing to have a woman in Hollywood who doesn’t use surgery to look younger. Keely seems confident in herself and Pierce loves her wife for who she is.

They are not shy about showing their love for each other and in a recent post from the former James Bond star he and his wife share a passionate kiss celebrating his birthday.

Not long ago, Brosnan took to Instagram to share the image and thank all those that wished him a Happy Birthday as well as his beloved wife.

“Thank you for the moon and sun and all the days of our lives together my darling heart Keely. I had a great 67th birthday. Thanks to one and all of you out there who wished me so. God bless, stay strong.”

The Mamma Mia star whose latest movie Eurovision Song Contest: The Story of Fire Saga also stars Will Ferrell, celebrated his birthday in May with champagne and surrounded by his family.

Keely also shared a photo of her and her husband on Instagram with the words: “Happy Happy Birthday to my tender hearted renaissance man @piercebrosnanofficial ✨ Wishing you love, joy, and many many more trips around the sun.”

Brosnan, who has five children and two sons with Keely – Dylan and Paris – shared a picture of he and his son Paris after a round of golf in Hawaii.

The Mrs Doubtfire star also shared a post congratulating his 23-year-old son Dylan on his graduation from the University of Southern California.

“Congratulations Dylan on your graduation and academic achievements at USC School of Cinematic Arts,” Pierce wrote. “Go forth into this new world and make it your own. Be fearless, courageous and generous. Love, Dad.”

Pierce Brosnan has four movies in the pipeline with Cinderella due out next year where the Irish-American actor plays the king in this romantic musical comedy written, produced and starring British comedian and chat show host James Corden.

I love seeing these two together and wish them many more happy years and beautiful moments; they are a shining example to us all.

Please share with all the Pierce Brosnan fans you know.