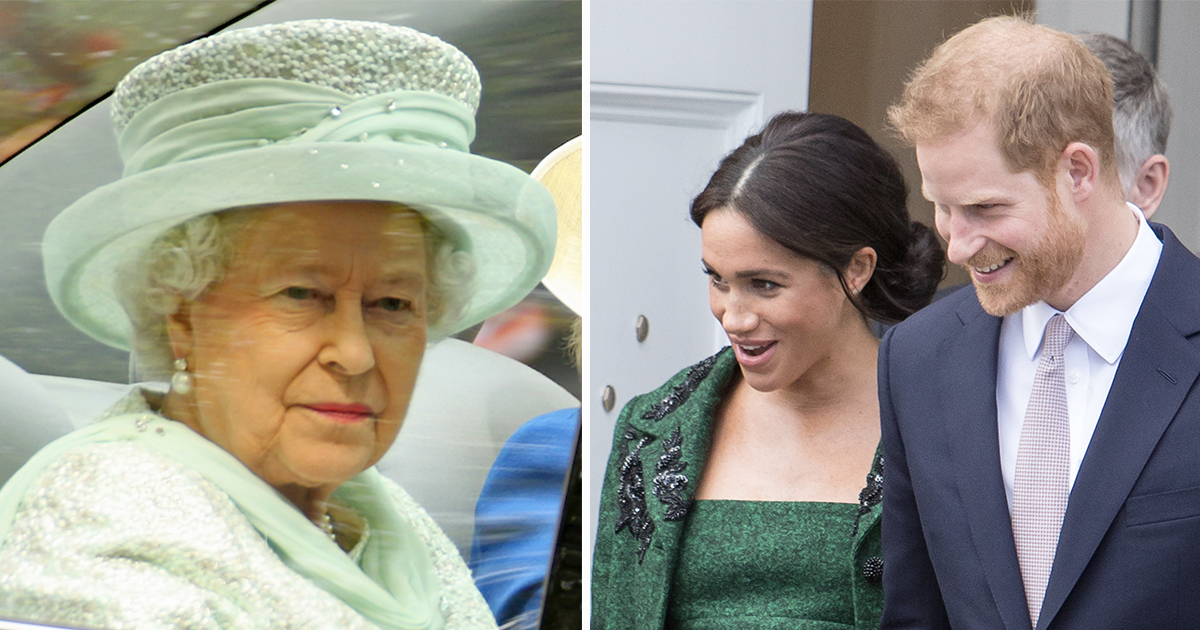 Prince Harry and Meghan Markle welcomed their second child, daughter Lilibet “Lili” Diana on June 4. The little girl was born on the Santa Barbara Hospital, and both mother and child are said to be doing well.

During Meghan’s pregnancy, many speculated as to the potential names for her daughter. It turns out that the little one has been named after her great-grandmother, the Queen, as well as after her late grandmother, Diana, in a very warm and loving tribute.

Yet some people don’t seem to agree that the newborn being named after the Queen is a truly kind gesture. Royal expert Rickard Kay actually says it may be taking things a step too far – according to him, it might even result in a ‘brutal backlash’.

Harry and Meghan have put a rough number of months behind them. Even though they’ve attained an entirely new – and more private – life following their move to the US, things across the Atlantic Ocean have been very eventful indeed. That mostly due to their chilly relationship with the Royal Family.

2021 has been a very tough year for Harry and Meghan, foremost with the shocking Oprah Winfrey interview in mind.

However, it has also been a year of love.

The couple announced that they were expecting a second child this summer and on Sunday, June 6, Harry and Meghan announced the wonderful news that their daughter had arrived.

A spokesperson for the couple said: “It is with great joy that Prince Harry and Meghan, The Duke and Duchess of Sussex, welcome their daughter, Lilibet “Lili” Diana Mountbatten-Windsor, to the world.

“Lili was born on Friday, June 4 at 11:40 a.m. in the trusted care of the doctors and staff at Santa Barbara Cottage Hospital in Santa Barbara, California. She weighed 7 lbs 11 oz. Both mother and child are healthy and well, and settling in at home.

The spokesperson added: “This is the second child for the couple, who also have a two-year-old son named Archie Harrison Mountbatten-Windsor. The Duke and Duchess thank you for your warm wishes and prayers as they  enjoy this special time as a family.”

Following the birth of Harry and Meghan’s daughter Lilibet, congratulations have poured in from all corners of the world.

Even though their relationship with the Royal Family isn’t at its best, the Firm also took the time to congratulate the proud parents of two.

“Congratulations to The Duke and Duchess of Sussex on the birth of Lilibet Diana!” a message on the Royal Family’s official Twitter account Sunday read.

“The Queen, The Prince of Wales and The Duchess of Cornwall and The Duke and Duchess of Cambridge are delighted with the news. Lilibet is Her Majesty’s 11th great-grandchild.”

Uncle and aunt Prince William and Kate Middleton also made sure to congratulate Harry and Meghan on the birth of Lili.

It’s unclear wether the couple have spoken to William and Kate after the birth. But through their Twitter account, they sent their congratulations.

“We are all delighted by the happy news of the arrival of baby Lili. Congratulations to Harry, Meghan and Archie,” the message read.

The last number of months, reports regarding Prince Charles’ relationship with his son Harry have been rather negative. Charles is said to be very disappointed in Harry for leaving the Royal Family, and even more so for “dragging his name through the mud”.

The latter grievance became a thing after Harry’s latest interview, wherein he said that his father had handed down a cycle” of “genetic pain and suffering.”

But even though Charles and Harry’s relationship as father and son could be a whole lot better, the birth of another grandchild of his is, of course, a wonderful thing.

Charles and Camilla also made sure to congratulate Harry and Meghan on the birth of Lili.

“Congratulations to Harry, Meghan and Archie on the arrival of baby Lilibet Diana. Wishing them all well at this special time,” they wrote in a statement.

What does the name Lilibet mean?

It was during the Oprah interview that Meghan and Harry announced that they were expecting a little girl. They also confirmed it will be their last child.

“To have any one or any two, but to have a boy and then a girl. What more could you ask for?” Harry told Oprah. “But now we’ve got our family. We’ve got the four of us, we’ve got our two dogs. Done.”

“Two is it,” Meghan answered.

The name Archie doesn’t really have any connection to the British Royal Family. It means “genuine” or “brave”, and in the UK, it’s a pretty common name.

But for Harry and Meghan’s daughter, it’s a whole different story. When the couple first announced that they were expecting their second child, speculation surrounding her potential name started to flow.

Early on, a source told Page Six that they were “highly unlikely” to name their daughter Diana.

“Their biggest concern is that it would make her a bigger target for the media. And considerably increase public interest in the child’s life,” the source said.

Further, Harry and Meghan were said to fear that the name Diana would “place too much pressure on the child”, thus making everything in life more difficult. However, the source did indicate that she might have Diana as a middle name.

And it turned out that Meghan and Harry decided to pay tribute to their daughter’s late grandmother after all.

The name Lilibet “Lili” Diana Mountbatten-Windsor sure is beautiful – and there are more tributes than the one to Diana.

Lilibet is actually a reference to Queen Elizabeth, whom was called “Lilibet” as a toddler. In fact, it was first used by then Princess Elizabeth, because she couldn’t pronounce her name correctly.

The Queen’s grandfather, King George V, used to call her “Lilibet”. Since then, the name has stuck, as reported by The Guardian. She was called Lilibet by the innermost circle of family, with her late husband Prince Philip also referring to her by that moniker.

When Philip wrote to his mother-in-law following their wedding, he said: “Lilibet is the only ‘thing’ in the world which is absolutely real to me.”

Even though Harry and Meghan’s newborn daughter is named Lilibet, she will be known as “Lili”.

To honor both the Queen and Princess Diana by naming their daughter after them seems like a very nice thing to do. However, things go deeper than they first appear, if certain rumours are to be believed.

In fact, Harry and Meghan are already facing heavy criticism over the names they chose for their beloved daughter. One critic, royal commentator Richard Kay, wrote in a column for the Daily Mail that Meghan and Harry might have taken things too far by naming their daughter Lilibet.

“By giving the baby the name Lilibet, the Queen’s private family nickname – even though they intend to use the diminutive ‘Lili’ for their daughter – there is a risk,” Kay wrote, as quoted by Express.

“Will it be seen as a presumptuous choice for a royal baby who is eighth in line to the throne, but who will grow up on the other side of the world speaking with an American accent?”

Kay added: “And how might Prince Charles feel about his fifth grandchild carrying such an intimate family pet name that he has never used himself? It is tempting to wonder if Harry would have been so emboldened in his choice if his grandfather Prince Philip – the only close family member permitted to call the Queen ‘Lilibet’ – had still been alive.”

“Doubtless, there will be among the more cautious courtiers at the Palace some discomfort and the odd raised eyebrow at this latest convention-destroying Exocet from the Duke and Duchess of Sussex.”

‘Demeaning’ to use the name

When asked about what the Queen will think of the girl’s name, royal expert Angela Levin told Good Morning Britain that she might even be offended.

“I think she’s desperately unhappy because they were desperately rude about her, I don’t think it’s a good idea. I think it’s quite rude to her Majesty the Queen,” Levin said, according to the Daily Mail.

She added: “It was a very private nickname from her husband who hasn’t been dead for very long. Prince Charles would never dream of referring to his mother as Lilibet.

“He’s never used it – it was a special name, especially for the the Duke of Edinburgh’. She added she believes it was ‘demeaning’ for the Sussexes to have used it”.

Congratulations on the birth of your second child, Harry and Meghan! We hope the family is doing well, and that they will now share many, many happy years together.

What do you think about the girls’ name, Lilibet “Lili” Diana? Do you think it was a fitting tribute to the Queen and Diana, or should they have chosen another name? Give us your opinion in the comment section!

Meanwhile, share this article on Facebook with friends and family if you as well are happy for Meghan and Harry!