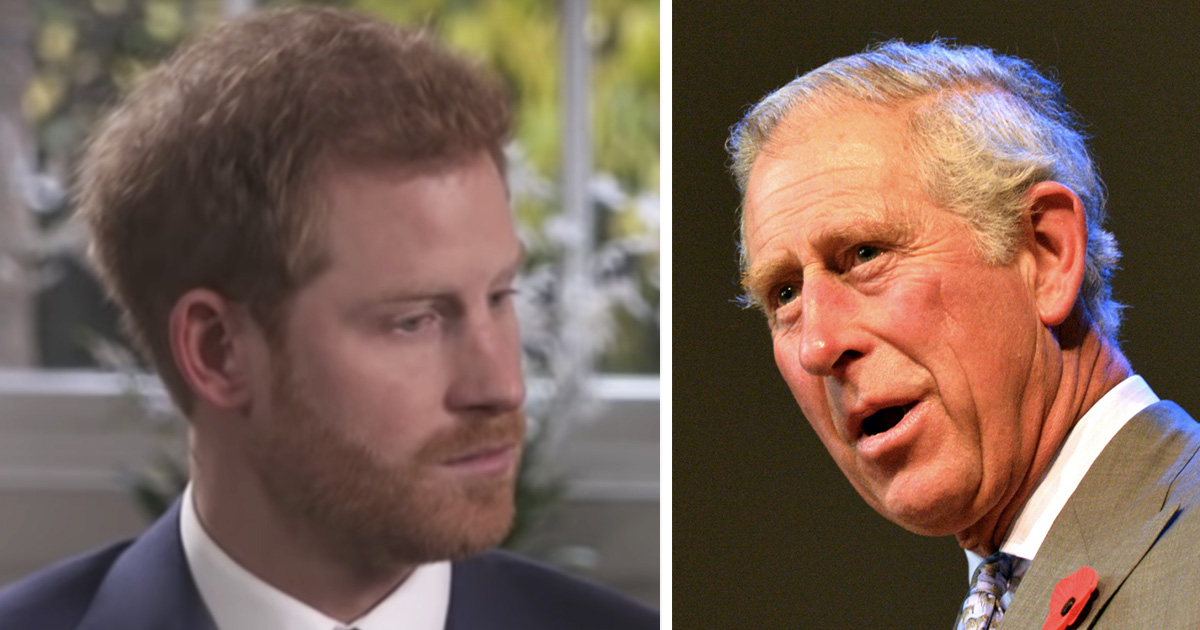 Prince Harry and Meghan Markle have been in the spotlight for a while now. To hear them tell it, the couple are trying to focus on their new life in the US, but with all that’s going on with the royal feud, it seems peace isn’t exactly forthcoming.

Again at the weekend, Harry spoke out on several subjects regarding the Royal Family and his past.

In fact, the Prince revealed that he wanted to leave the Royal Family when he was only 20 years of age. On top of that, he blasted his father, Prince Charles, for his parenting.

It’s been around two months since Meghan and Harry sat down with Oprah Winfrey for their shocking primetime interview. Their tell-all discussion shook the British monarchy to its core, with the couple citing things such as racism and fears over their son Archie’s skin color.

The weeks that followed showed how frosty the relationship between Meghan and Harry and the Royal Family really was. The Queen, Prince Charles, Prince William and Kate Middleton were left angry and disappointed in Harry.

As a result, many hoped things would turn around for the better when Prince Philip’s funeral took place.

Harry attended the funeral – the first time he’d seen his family since the Oprah interview – but didn’t walk beside his brother William, which many saw as a sign that the two really aren’t getting along.

Following the funeral service, the pair were seen talking to each other. Perhaps that was a sign that they were getting their relationship back on track? Well, maybe they were. But just hours later, things went pear-shaped.

Harry is said to have met with his father, Prince Charles, and William. But the two-hour long meeting wasn’t planned. In fact, Harry didn’t even know it was going to take place.

He was actually ‘outraged’ about it, and Harry felt “ambushed” by his father and brother.

“Think they have nothing to lose”

The same source said that William and Harry had some contact before the wedding. However, it was more “texts than calls,” and their first attempt at patching up their relationship was a failure.

Following on from that, their talks following the funeral was “unproductive”.

Even though weeks have gone by since William and Harry’s last meeting, nothing yet hints that they are trying to mend their fractured relationship.

According to Nick Bullen, editor-in-chief of True Royalty TV, William and Harry aren’t talking at all at the moment. Furthermore, it’s speculated that Kate Middleton might be the only one that can help the brothers repair their bond.

Bullen claims she was “instrumental” in any attempts made by the brothers to forge peace during the April 17 ceremony for their late grandfather.

Meghan Markle stayed in the US since she’s expecting their second child this summer. Just days after the funeral, Harry returned to the US to reunite with his family. According to royal expert Paul Burrell, Harry felt “totally torn” about he and his wife’s decision to step down from their roles within the Royal Family and move to the US.

At the same time as Harry and Meghan are trying to start their new lives in the US, things are pretty much back to normal in the UK. Following the mourning period for her beloved husband, Queen Elizabeth is back at work. Last week, she formally opened the British Parliament at the Palace of Westminster in London.

Her duties includes things such as hosting receptions, meetings, garden parties and other events. However, following the passing of her husband, she probably won’t be returning to her usual routine.

Prince Charles – next in line to inherit the throne – will instead take more responsibility regarding the Queen’s schedule and duties. That said, he also has other things on his mind. Word is that he’s planning to ditch Harry and Meghan from the Royal Family when he ascends the throne.

Reports suggest that Charles is having a very hard time moving on from the fact that Meghan and Harry have “let down” the Royal Family, according to US Magazine. During the Oprah interview, Harry even revealed that Charles stopped taking his calls following their move to the US.

“With the way things are going, Charles may never forgive Harry, which hasn’t gone down well with Elizabeth,” an insider told US Weekly. “She feels that he’s putting his pride before the best interest of the monarchy. She has enough on her plate dealing with the loss of her husband. It’s drama she can do without.”

So, to put it mildly, Harry and Charles’ relationship isn’t at its best. On top of that, Harry recently took another swing at his father regarding his upbringing.

In a brand new interview for the Armchair Expert podcast, Harry spoke openly about his personal struggles and seeing a therapist, as well as shared his thoughts on his own upbringing.

At the same time as stating that he places no blame on his father, Harry said Charles handed down a “cycle” of “genetic pain and suffering”.

Speaking on his father, Harry continued saying: “I never saw it, I never knew about it, and then suddenly I started to piece it all together and go OK so this where he went to school, this is what happened.

“I know this bit about his life, I also know that’s connected to his parents. So that means that he’s treating me the way that he was treated. Which means how can I change that for my own kids?” he added.

Wanted to leave royals in his 20s

Harry discussed up several serious issues in the new podcast, including that he actually wanted to leave the Royal Family in his early 20s. A lot had to do with how he saw his mother Princess Diana treated before her death.

Harry added that he started therapy because it “it was like the bubble was burst”.

Along with the more serious issues, Harry also touched on a number of humorous and light-hearted things in the podcast. For example, he recalled the time he met Meghan in a supermarket the first time she came to stay with him.

The couple met for the first time in 2016 after a friend of theirs set them up on a blind date.

“We met up in a supermarket in London pretending as though we didn’t know each other, so texting each other from the other side of the aisle,” Harry said.

“There were people looking at me giving me all these weird looks and coming up and saying hi or whatever, and I was there texting saying is this the right one and she was saying ‘no you want parchment paper’. I’m like, ‘OK, where’s the parchment paper?'”

Meghan made her first public appearance after the Oprah Winfrey interview just last week. She and Harry have bought themselves a $14 million house in Montecito, California, and are now preparing for the birth of their second child this summer.

So how is life really in California? Well, Harry explains it as “more free”, which is a big difference from life as a royal.

“Living here now, I can actually lift my head and I feel different,” Harry explained on the Armchair Expert podcast. “My shoulders have dropped, so has hers, and you can walk around feeling a little bit more free. I get to take Archie on the back of my bicycle.”

It sure looks like Meghan, Harry and Archie are enjoying life in California. Hopefully, their relationship with the Royal Family will soon be restored.

Do you think they should try and patch things up with Charles and William now, or will a little more time away from each other do the trick? Give us your opinions in the comment section!