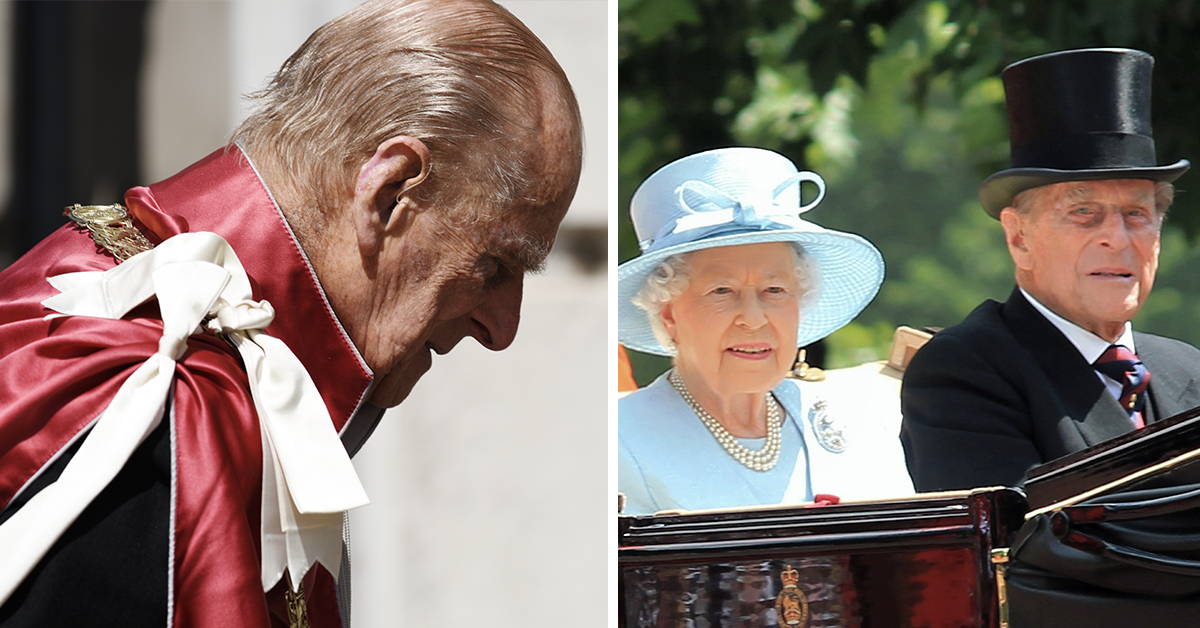 Despite years and years of declining health which forced him to retire from public duty in 2017, Prince Philip’s death on April 9 came as a shock to us all.

The nation went into mourning after the sad news of Prince Philip’s passing; he died two months before his 100th birthday.

Now, his cause of death has been confirmed by Sir Huw Thomas, the head of the royal medical household and the physician to the Queen.

As the longest serving British consort, or companion to the sovereign, Prince Philip and Queen Elizabeth had been married for 73 years and have four children.

His absence from her side was heartbreaking as he was a man that had sacrificed his career to support her in her royal duties.

The great grandfather was also a great support for his grandsons William and Harry after losing their mother Princess Diana at such a young age. He too had a childhood of loss and uncertainty and was able to comfort his grandsons, not only as a family member who loved them, but as someone who deeply empathized with their sorrow.

Born in Corfu in 1921 Prince Philip was the youngest child and only son of Prince Andrew of Greece and Denmark and Princess Alice of Battenberg. At the age of 8 he was separated from his parents and four older sisters after his mother had a mental breakdown.

Just as Prince Philip had walked alongside William and Harry, who were just 15 and 12 years old when they walked with their mom’s casket during her state funeral in 1997, they walked behind his casket.

Prince William said of his supportive and loving grandfather in a touching tribute: “My grandfather’s century of life was defined by service – to his country and Commonwealth, to his wife and Queen, and to our family.

“I feel lucky to have not just had his example to guide me, but his enduring presence well into my own adult life – both through good times and the hardest days.

“I will always be grateful that my wife had so many years to get to know my grandfather and for the kindness he showed her.

“I will never take for granted the special memories my children will always have of their great-grandpa coming to collect them in his carriage and seeing for themselves his infectious sense of adventure as well as his mischievous sense of humor!”

Meanwhile, Prince Harry, who flew alone to the U.K. from his home in Los Angeles to attend his grandfather’s funeral, said: “He was authentically himself, with a seriously sharp wit, and could hold the attention of any room due to his charm – and also because you never knew what he might say next.

“He will be remembered as the longest reigning consort to the monarch, a decorated serviceman, a prince and a duke.

“But to me, like many of you who have lost a loved one or grandparent over the pain of this past year, he was my grandpa: master of the barbecue, legend of banter, and cheeky right ’til the end.”

Now, almost a month after his death, Prince Philip’s death certificate has revealed the 99-year-old died of “old age”, according to The Telegraph.

His death was certified by Sir Huw Thomas who has been caring for the Duke of Edinburgh and Queen Elizabeth since 2014.

The term “old age” is acceptable as a cause of death if the patient is over 80 years old and if the doctor signing the certificate has “personally cared for the deceased over a long period and has observed a gradual decline in his general health,” according to guidance given to doctors completing certificates of cause of death in England and Wales.

His death was registered on 13 April, four days after his passing.

His first occupation is listed as “Naval Officer,” while his second is “husband of Her Majesty Queen Elizabeth II, The Sovereign”.

Buckingham Palace announced the sad news of his death with a statement that read: “It is with deep sorrow that Her Majesty The Queen has announced the death of her beloved husband, His Royal Highness The Prince Philip, Duke of Edinburgh. His Royal Highness passed away peacefully this morning at Windsor Castle. The Royal Family join with people around the world in mourning his loss.”

His loss has left a huge hole in the royal family but to give so many decades of life to service and duty as he has is something to be celebrated.

Please share with all the royal fans you know.