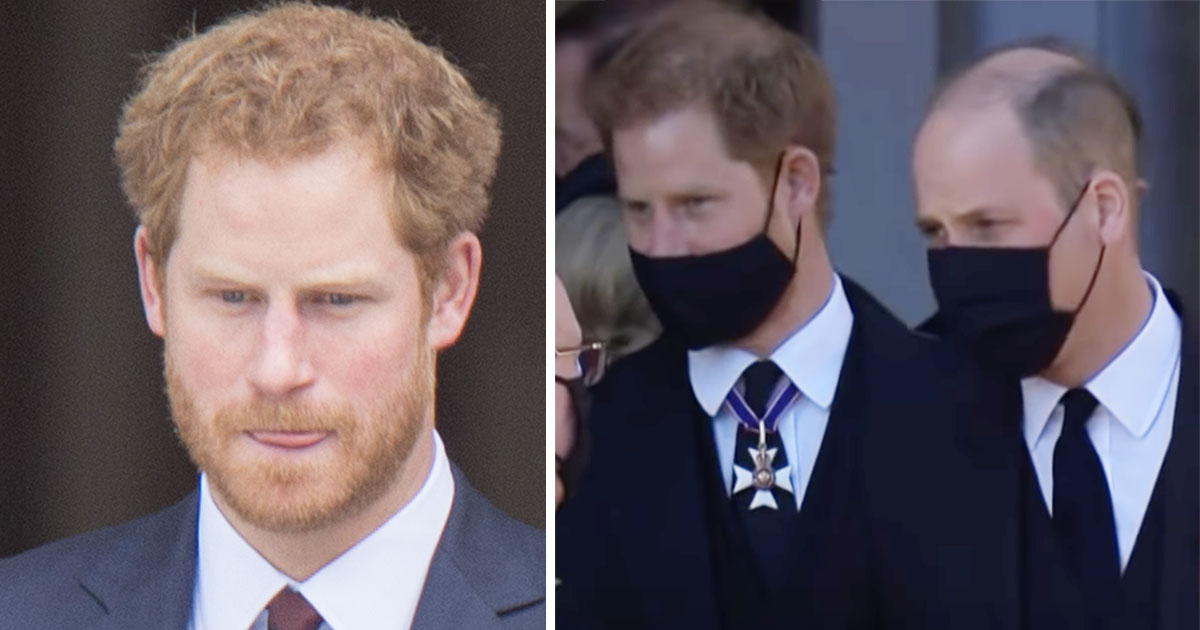 The relationship between Prince William and his brother Harry is at the centre of the world’s attention with the two set to reunite for their mother’s statue unveiling on July 1.

Tensions have been high ever since the now-infamous Oprah Winfrey interview, and sources have claimed things got worse after Prince Philip’s funeral. One source told Radar Online that Harry was ambushed by his brother and father following the funeral – however, new information now suggests that never happened.

According to royal historian Robert Lacey, no meeting ever occurred between the three. Instead, they took care not to see each other at all. Why? Due to the fear of any such talks being leaked to the press.

Prince Harry and Meghan Markle put themselves in a tough situation with the Royal Family following the Oprah Winfrey interview.

With that said, it was obviously necessary for them to speak out on what really had happened.

During the interview, Harry made several claims about his family, including one that claimed his brother is trapped.

“The answer to your question is no, [I wouldn’t have left the Royal family],” Harry told Oprah Winfrey.

“I wouldn’t have been able to because I myself was trapped, I didn’t see a way out. I was trapped, but I didn’t know I was trapped. But the moment that I met Meg, and our worlds collided in the most amazing of ways and then [I began] to see how trapped within the system, like, the rest of my family are.

“My father and my brother, they are trapped,” Harry added. “They don’t get to leave, and I have huge compassion for that.”

Further, Meghan spoke about her mental health, and how she had been feeling very bad indeed during her time within the Royal Family.

She also revealed that she wasn’t helped through her anguish by the Firm.

When Meghan was asked whether she had considered self-harm, she responded: “Yes. This was very, very clear. Very clear and very scary. I didn’t know who to turn to in that.”

During this time, there was one particular incident that stood out., and it took place shortly before Meghan accompanied her husband to an event at the Royal Albert Hall.

“Right before we had to leave for that (event), I had just had that conversation with Harry that morning,” Meghan recalled.

“That you don’t want to be alive anymore?” Oprah asked.

The only reason she attended the event with her husband was that she could not be “left alone” that night.

Many other claims – including racism and concerns over Archie’s skin color – that emerged in the Oprah interview were shocking. In response to the allegations, the Royal Family, including Prince William and Prince Charles, were furious.

Months later, Harry attended the funeral of his grandfather, Prince Philip, who passed away age 99.

Tensions were high before his trip back to the UK, but speculation insists he had tried mend the relationship beforehand.

According to Daily Mirror, Harry called his father, his brother and cousins Princess Beatrice and Princess Eugenie upon arriving from California. A source told the news outlet that they were actively trying to put aside all tensions and issues.

“Despite everything that has gone on and the wounds are still pretty raw, everyone is hoping any disputes will be parked for another day,” the source told the Mirror.

Most onlookers noticed that Harry and William weren’t walking shoulder-to-shoulder behind Philip’s coffin at the funeral of Prince Philip.

According to several news outlets, Queen Elizabeth had ordered Prince Harry and Prince William not to walk beside one another. They were instead separated by their cousin Peter Phillips, who went in the middle.

However, information from the British press later suggested that it wasn’t the Queen’s decision at all. Rather, it was William who requested that Peter be placed between he and Harry.

With Harry seen speaking with Kate Middleton and Prince William after the funeral service, things seemed like they was moving towards peace between the family members.

However, Radar Online reported that it took a whole different turn afterwards. Harry was said to have met with both William and Prince Charles to discuss the crisis within the family.

Sadly, it also emerged that Harry didn’t enjoy their meeting at all.

On the contrary, Harry was ‘outraged’. It was said that the two-hour sit-down at Windsor Castle following the funeral was unscheduled, and that Harry felt “ambushed” by his father and brother.

“The meeting after the family laid Prince Philip to rest was not scheduled. Harry felt ambushed by his dad and brother which is no way to start a peace process,” the source said.

Since then, many things have happened. Harry and Meghan announced the birth of their daughter, Lilibet, a couple of weeks ago. And before that, the two appeared in several interviews.

For Harry’s part, it sure seems like he isn’t yet at peace with his family. At least not when it comes to talking about them.

In an interview for the Armchair Expert podcast, Harry spoke openly about his personal struggles. Not only did he admit to seeing a therapist, but also shared his thoughts on his own upbringing.

At the same time as stating that he places no blame on his father, Harry accused Charles of handing down a “cycle” of “genetic pain and suffering”.

“There’s a lot of genetic pain and suffering that gets passed on anyway, as parents we should be doing the most that we can to try and say ‘you know what that happened to me, I’m going to make sure that doesn’t happen to you.’”

Following the huge media storm following the Oprah interview, Charles and Harry are said to have been in regular contact.

The supposed aforementioned meeting between Harry, William and Charles following Prince Philip’s funeral was believed to be a breaking point in the icy relationship between the three. However, new reports now say the meeting didn’t even happen at all.

According to royal historian Robert Lacey, the two-hour long family sit-down never took place. Instead, William and Kate went straight back to Kensington Palace to spend time with their children.

One thing that definitely is true, meanwhile, is that anger “ran deep” within the Royal Family following the Oprah interview.

“They told friends that they could see no point in talking to Harry, since any discussion of substance would go straight back to Meghan to be leaked out via Oprah or some other tentacle of the Sussex network that had not stopped spreading stories in the weeks since the interview that the couple’s friends had promised would be their final word,” Lacey writes in The Times.

Even though Harry, Kate and William were seen speaking after the funeral service, other family members weren’t so keen on talking.

Princess Anne and Sophie didn’t exchange a public word with Harry. As per Robert Lacey, that was “not an accident.”

“People felt incensed by what they saw as the calculated and focused cruelty of the TV interview,” he writes.

“Meghan relating so brightly to Oprah how she had phoned the Queen to show her concern about Philip’s condition without even considering, apparently, the impact that their televised catalogue of grievance might have upon the invalid’s morale and health.”

The Royal Family all sent their congratulations to Meghan and Harry following the birth of Lilibet. Kate Middleton – who met with Jill Biden as the President and First Lady headed to the recent G7 Meeting – spoke publicly about the wonderful news of Lilibet’s birth.

“I wish her all the very best. I can’t wait to meet her,” Kate Middleton said, when asked about Meghan.

Kate says she’ll hopefully meet Meghan soon. One thing is for sure; in just a couple of weeks, she could meet Harry again.

Early next month, William and Harry will reunite in the UK for the unveiling of the statue of their mother Princess Diana, which is set to take place on July 1 in the Sunken Garden at Kensington Palace.

That date would have marked Princess Diana’s 60th birthday.

The latest reports states that Harry will attend his mother’s statue unveiling. However, Meghan Markle won’t be there. Instead, she will stay in the couple’s Montecito home to take care of their newborn baby, as reported by Harper’s Bazaar.

The statue unveiling is a wonderful moment for the two brothers to reunite as they honor their mother.

According to The Sun, however, their father, Prince Charles, doesn’t want anything to do with it. The news outlet reports that Charles won’t attend the statue unveiling of his late former wife, but instead will be at his Scottish estate, Balmoral.

‘Charles will not be around’

“Charles has made it quite clear he will not be around … because he is going to Scotland,” a source told the UK paper.

“There is no planned meeting between the three of them.”

Another source told The Sun that William and Harry will make separate speeches during the statue unveiling.

“The boys will walk out together out of respect for their mom,” the insider claimed. “There have not been any personal chats or proper talks, just a very brief and minimal exchange of text messages.

“The relationship is still very much strained and there’s no sign yet that there will be any sort of coming together any time soon,” the insider added.

We really hope that Harry and William can have a special time together as they honor their late mother, Princess Diana.

Do you think they will make amends? Or is it too late? Give us your opinion in the comment section. Meanwhile, share this article with friends and family on Facebook!