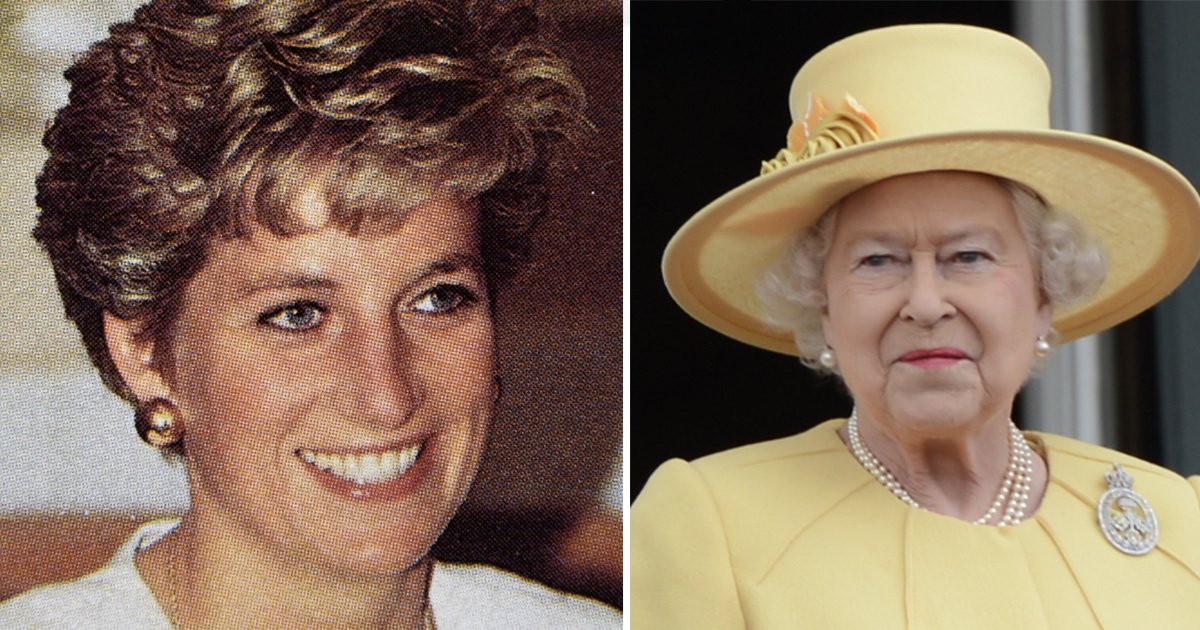 Both Prince Harry and Prince William have praised their beloved mother Princess Diana for as long as they have lived. The brothers tragically lost their mom as young children, and the entire world mourned her passing.

Princess Diana was adored by many. She was kind, warm, funny, and genuinely interested in people. At the same time, she raised her boys as she best saw fit, and always made sure they got to feel like ordinary children.

Even though it seemed like Diana was living her dream life, it was also a very tough time for her. According to biographer Howard Hodgson, author of the 2007 book Charles: The Man Who Will Be King, she even feared that Queen Elizabeth and Charles wanted to separate her from sons.

Princess Diana became a part of the Royal Family in 1981, when she married Prince Charles. The couple the tied knot in St Paul’s Cathedral in London, and royal faces from several countries were in attendance.

The following year, the pair welcomed a son, Prince William. In 1984, they were then blessed by the arrival of Prince Harry. By all accounts, the early years of the brothers’ lives were amazing.

In 2017, on the 20th anniversary of Diana’s passing, the two brothers got together and talked about their mother. Their discussion can only be summed up with one word: Love.

”When everybody says ‘she was funny, give us an example’. All I can hear is her laugh,” Harry explained.

Growing up within the Royal Family must be a very unique experience. Sure, there will never be a shortage of money, but at the same time, it’s a life about duties and responsibilities.

Just how much of a ‘normal’ upbringing William and Harry had with their mother is hard to tell. But now, an old letter written by Princess Diana has surfaced.

Via the letter, we get a very short, but beautiful glimpse of what William and Harry’s childhood was like. Not only that, but also the very special childhood bond between the two.

The letter from Diana was written in March of 1985. Just six months after the birth of her youngest son, Harry.

The letter, written to a former steward at Buckingham Palace, Cyril Dickman, was sold at auction in Cambridge in 2017.

Took William and Harry out for fast food

Diana tragically passed away in August of 1997 following a car accident in Paris. During large parts of her royal life, she was hounded by the paparazzi press. It’s not a stretch to say that Diana became the most photographed person in the world.

Everybody wanted their own little piece of the princess. According to The Guardian, the paparazzi press offered up to $500,000 for grainy pictures of her.

Harry and William saw both sides of how her mother was treated by the press. And last week, Harry that he actually wanted to leave the Royal Family in his early 20s. A lot had to do with how he witnessed his mother Diana being treated before her death.

Diana and her husband Charles had their fair share of problems during their marriage. Just years after wedding Diana, Charles engaged in an affair with Camilla, who would later become his new wife.

But it wasn’t only the fact that her husband Charles was having an affair that troubled Diana. According to biographer Howard Hodgson, author of the 2007 book Charles: The Man Who Will Be King, she even feared that the Queen and Charles were going to separate her from her children.

Feared that the Queen was to separate her from Harry & William

“She was well aware that the Queen had the constitutional right and authority under common law to take control of both boys’ care and education,” Hodgson wrote as quoted by Express.

Hodgson added that Queen Elizabeth never had any intentions in separating Diana from Harry and William. But Diana believed that both Charles and the Queen “had already hatched such a plot and were only waiting for the right moment to execute it.”

Princess Diana couldn’t have done anything about it if the Queen had decided to separate her from her sons. The law in question hadn’t been changed since 1772.

But Diana had a plan, according to Howard Hodgson. She thought her “best defense” against the Queen and Charles was to have the public’s support, and that the people would recognize that she was a good mother to Harry and William.

As a result, she was very happy to be photographed with her two sons in public.

“The general idea was to create the impression that thanks to her the boys were more in touch and this was in stark contrast to the out-of-date example of boring Fifties discipline that was being dished out by a cold and uncaring father,” Hodgson wrote, as quoted by Express.

Further, the author claims that Charles, too, was determined to make sure that both Harry and William spent as much time as possible with Diana.

Fast forward to now, Harry himself will be focusing more and more on his family moving forward as he and Meghan await their second child this summer.

He is said to be great around the house, taking on all the physical responsibilities, as well as cooking for Meghan.

But it’s not just a new child who will be welcomed this summer. For Harry and his brother William, the summer could prove to be a period of heightened emotions when they unveil a new statue of their late mother Diana.

Harry had originally planned to be in the UK for the unveiling of the statue, set to take place on July 1 in the Sunken Garden at Kensington Palace. That date would have marked Princess Diana’s 60th birthday.

There’s still plenty of time before July 1, and a good many things will probably happen before that regarding the relationship between Harry and his family.

Harry’s wife Meghan Markle have recently also paid a tribute to Diana, during a television speech from their home in Montecito, California. Reportedly, she wore a $25,000 Cartier watch – previously owned by Diana.

Meghan – just like Diana before her – is greatly fond of Cartier watches. In the 90’s, Diana frequently wore hers — which was a gift from her father – at royal engagements. Meghan has reportedly now inherited Diana’s watch, and she sure wears it with style and dignity.

As per reports, Meghan bought herself a Cartier watch while starring on the television series Suits.

“I’ve always coveted the Cartier French Tank watch,” she told Hello Magazine. “I had it engraved on the back, To M.M. From M.M, and I plan to give it to my daughter one day. That’s what makes pieces special, the connection you have to them.”

“Plan to give it to my daughter”

The aforesaid interview wasn’t the first time that Meghan has worn a wonderful piece from Diana.

For the Oprah Winfrey interview, Meghan wore a bracelet that belonged to Harry’s mother, Princess Diana, as reported by People. According to the Express, the bracelet has an estimated value of more than $174,000.

Suffice to say, the bracelet is special, and Meghan already has a relationship to Princess Diana’s jewelry. The same bracelet she was seen wearing during the Oprah interview was used to help craft Meghan’s engagement ring.

“The little diamonds either side are from my mother’s jewelry collection to make sure she’s with us on this crazy journey together,” Harry told BBC in 2017.

“Obviously not being able to meet his mum, it’s so important to me to know that she’s a part of this with us,” Meghan added.