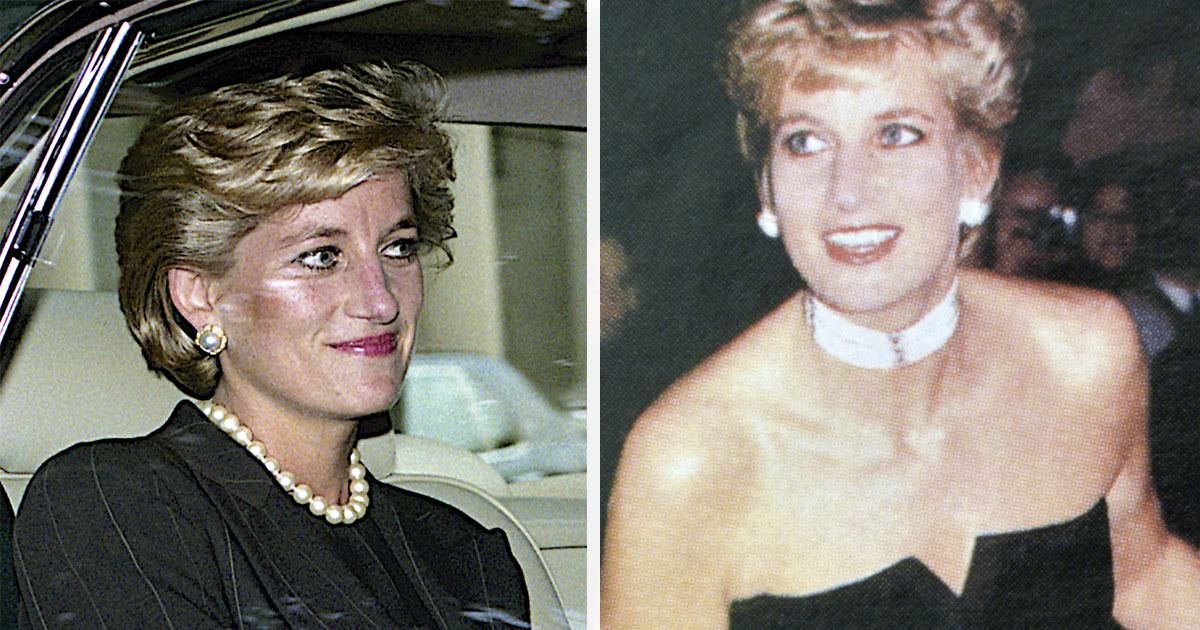 The entire world mourned Princess Diana when she passed away following a tragic car accident in 1997. Her death left Princes William and Harry without a mother, and still to this day, the beloved Princess is honored everywhere.

In July, a new statue of her will be unveiled in the Sunken Garden at Kensington Palace, but only time will tell if both of her sons will be present.

Now, weeks away from the unveiling of the statue, a new documentary has divulged details of Diana’s last ever phone call. Royal commentator Richard Kay was the last one to speak to her before she passed away. He’s revealed what she said.

Princess Diana was loved by many. She became a part of the Royal Family in 1981, when she married Prince Charles. The couple tied the knot in St Paul’s Cathedral in London, and royal faces from several countries were in attendance.

Diana tragically passed away in August of 1997 following a car accident in Paris. For large parts of her royal life, she was hounded by the paparazzi press; it’s not a stretch to say that Diana became the most photographed person in the world.

Everybody wanted their own little piece of the princess. According to The Guardian, the paparazzi press were offering up to $500,000 for grainy pictures of her.

Her sons, William and Harry, saw both sides of how their mother was treated by the press. Only recently, Harry said that he actually wanted to leave the Royal Family in his early 20s, owing in large parts to how he witnessed his mother being treated before her death.

Besides leading an extremely public life, Princess Diana also had many private problems. One of the biggest involved her husband, Prince Charles.

Just years after wedding Diana, Charles engaged in an affair with Camilla, who would later become his new wife.

“So I said, ‘I want my husband.’ And I said, ‘I’m sorry I’m in the way and it must be hell for both of you. But I do know what’s going on. Don’t treat me like an idiot,’” Camilla explained.

Over the years, William and Harry have been two very loving brothers, bonded together through tragedy. Losing their mom at such young ages was an ordeal no one but them will ever truly fathom.

In 2017, on the 20th anniversary of the passing of Princess Diana, the two brothers got together and talked about their mother.

William and Harry honor their mother

Their discussion can only be summed up in one word: Love.

”When everybody says ‘she was funny, give us an example’. All I can hear is her laugh,” Harry explained.

Growing up within the Royal Family must be a very special thing. Sure, there will never be a shortage of money, but at the same time, it’s a life of duties and responsibilities.

Just how much of a ‘normal’ childhood William and Harry had with their mother is hard to tell. But now, an old letter written by Princess Diana has surfaced.

In the letter, we get a very short, but beautiful glimpse of what William and Harry’s childhood was like. Not only that, but also the very special childhood bond between the two.

The letter was written by Diana in March of 1985, just six months after the birth of her youngest son, Harry.

The letter, written to a former steward at Buckingham Palace, Cyril Dickman, was sold at auction in Cambridge in 2017.

Took William and Harry out for fast foo

Early next month, William and Harry will reunite in the UK for the unveiling of the statue of their mother Princess Diana, which is set to take place on July 1 in the Sunken Garden at Kensington Palace.

That date would have marked Princess Diana’s 60th birthday.

Of course, things are hardly stable following Harry’s most recent trip to the UK for Prince Philip’s funeral. The Prince – at odds with his family over the claims he and Meghan Markle made to Oprah Winfrey – was said to have been “shocked” by the ice cold reception from his family upon his initial return.

The fact that he then felt “ambushed” by his brother and father didn’t make things any better.

According to Russell Myers, royal editor at the Daily Mirror, it was, for a time, unclear if Harry would even travel to the UK for Diana’s statue ceremony.

The latest reports states that Harry indeed will attend his mother’s statue unveiling. However, Meghan Markle won’t be there. Instead, she will stay in the couple’s Montecito home to take care of their newborn baby, as reported by Harper’s Bazaar.

“Meghan has just had a baby and has no plans to travel to London for the memorial event planned for the statue unveiling,” another source revealed to Entertainment Tonight.

Princess Diana is still loved by people all around the world, as her spirit and legacy lives on. A new documentary about the late Princess is set to air soon.

In the 90-minute-film, as reported by Express, new revelations about Princess Diana’s last days will come to light. Journalist and royal expert Richard Kay appears in the documentary – and he reveals that he was the last person who spoke to Diana before the tragic car crash.

“I spoke to her that night. The police said that the last call she made was to me,” Kay recalled.

‘Desperate for a fresh start’

One year before her passing, Diana and Prince Charles split. Diana was said to be afraid that the Queen and Charles were plotting to separate her from Harry and William. This comes according biographer Howard Hodgson, author of the 2007 book Charles: The Man Who Will Be King.

“She was well aware that the Queen had the constitutional right and authority under common law to take control of both boys’ care and education,” Hodgson wrote.

After the split from Prince Charles, Richard Kay said that he felt that Diana was in “quite a good place”. She was starting a new chapter in her life, when suddenly everything was taken away from her and her children.

“She was desperate to try and make a fresh start and do something different, to explore a different kind of Royalty,” Kay said. “And she wanted to come back and see her boys.”

“The most mourned person who ever lived”

The new documentary about Princess Diana will celebrate her “remarkable life”. According to Executive Producer David Glover, the documentary came at the “perfect time to re-examine her life and legacy”.

“There is something a bit magical about Princess Diana – and despite the difficulties in her personal life she managed to use her connection with people to do huge amounts of good,” Glover said.

“Her 60th birthday feels like the perfect time to re-examine her life and legacy and explore just how she went from a relatively unknown teenager to the most mourned person who ever lived.”

We will always honor the legacy of Princess Diana and remember her for the amazing person she was. Thank you for everything, and may you always rest in peace.