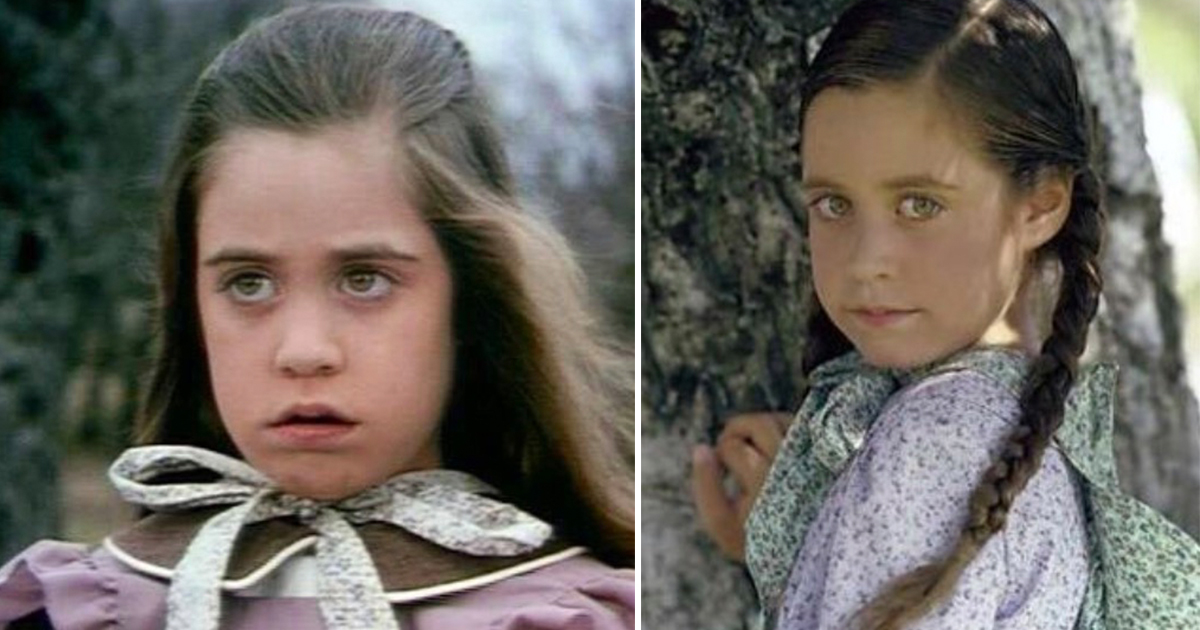 “Little House on the Prairie”, which ran from 1974 to 1983, was based on Laura Ingalls Wilder’s best-selling children’s books and follows the life of the Ingalls family living in 1800s Walnut Grove, Minnesota.

I still watch the reruns on cable tv and seeing all those old episodes renews my faith that love, family, honesty & living right can never fail. Today’s world is entirely different …

The cute little girl with the big green eyes appeared in seasons 7 & 8 and was adopted by Caroline and Charles Ingalls after Cassandra’s parents were killed in a wagon accident.

I loved Cassandra on Little House. She had the most beautiful green eyes and she always made me cry every time she cried – she was a great little actress.

But I always wondered what happened to her through the years. And it turns out things have gone pretty well for Melissa Francis – let’s see if you recognize “Cassandra” today!

As with many other kid actors and actresses on “Little House on the Praire”, Melissa Francis began her acting career early on in life. When she was 6 months old, she got her first role in a commercial for shampoo. After that, she had several roles in TV movies before being cast in Little House.

As an 8-year-old, her life would change forever when she landed the role as Cassandra Cooper Ingalls. According to Melissa, who had never seen a single episode of Little House, her mom told her that Little House ”basically was a nighttime soap opera”. But she soon realized that the role was to change everything for her.

Melissa herself described when she was put face to face with Michael Landon, the series’ executive producer, director and writer.

”I didn’t know who he was, but you could tell by the energy in the room that he was an important person. He electrified the audition the moment he laughed at my wide eyes, framed by long ropes of brown braids.

“So, you’re Missy?” he boomed with a wide grin. Remember, I still had no idea exactly who he was, but suddenly that room felt like Christmas and that man was clearly Santa”, she wrote in her book ”Lessons from the Prairie”.

During her two seasons in the series, Cassandra managed to make a big impression. Her emotional, heartfelt scenes were often genuine and real. In retrospect, Melissa thanked Landon for bringing out the best in her as an actress.

“Recently, I was talking to Melissa Gilbert, and we were talking about the fact that none of the kids from Little House on the Prairie ended up robbing a dry cleaner or going to rehab. And one of the reasons was the work ethic that [Landon] instilled in us,” she told Fox Business in 2017.

After the end of the series, the road was open for Melissa and she went on to claim several roles in different movies and TV series. She landed a leading role in the drama series Morningstar / Eveningstar, which aired in 1986.

She was predicted to have a brilliant career in acting, but Melissa decided to leave Hollywood and invest her time in something else. She boarded a flight to Boston and began studying economics at Harvard University. According to herself, she was tired of acting and wanted to test her wings in other areas.

After graduating, Melissa began working as a television reporter. Somehow she longed to return to the camera. But the road to success was not straight forward and Melissa was actually fired once after she choked in front of the camera at the beginning of her career.

“My very first live shot, I looked like a deer in headlights. I just totally froze when the anchor tossed it to me … I had a rough time learning to be live on television. I almost think it was harder, because I was just so used to being so rehearsed,” she said.

But she got back in the saddle and today she hosts shows on the Fox Business Network and the Fox News Channel, so maybe you recognize her from there?

It’s not just in front of the cameras that Melissa has succeeded. Since 1997 she is married to her husband Wray Thorn. The couple met in Boston.

She has also been blessed with three wonderful children, her sons Greyson and Thompson, and daughter Gemma.

Unfortunately, Melissa was diagnosed with a hereditary condition known as Factor V Leiden. That meant that Melissa nearly died each time she gave birth to her two sons.

When the doctors declared that a third pregnancy would be fatal, Melissa and her husband Wray still made the decision to go ahead and pursue having a third child, but via surrogacy.

In addition to that, Melissa was forced to say goodbye to her beloved sister, who died in 2002. According to a post on Melissa’s blog, her sister Tiffany died after a long period of alcohol abuse.

”My sister was a person I loved dearly. She was the only other person who understood what it was like to see our mom angry. The difference between me and her was that she let mom’s words get to her,” Melissa wrote in 2012.

After her sister’s death, she broke apart from her mother, with whom she had a complicated relationship.

”I wrote a letter to my mom telling her that I had had enough. The cycle was going to end with me,” Melissa wrote.

According to Melissa, she would never managed to overcome all challenges and difficulties without the experience of Little House.

”The “Little House” experience taught me, among other things, how to turn disaster into golden opportunity; that the good guys really do win in the end, even though they may not always lead at the turn; to identify and chase my passion without letting myself be distracted by fear; and to believe in miracles,” she says.