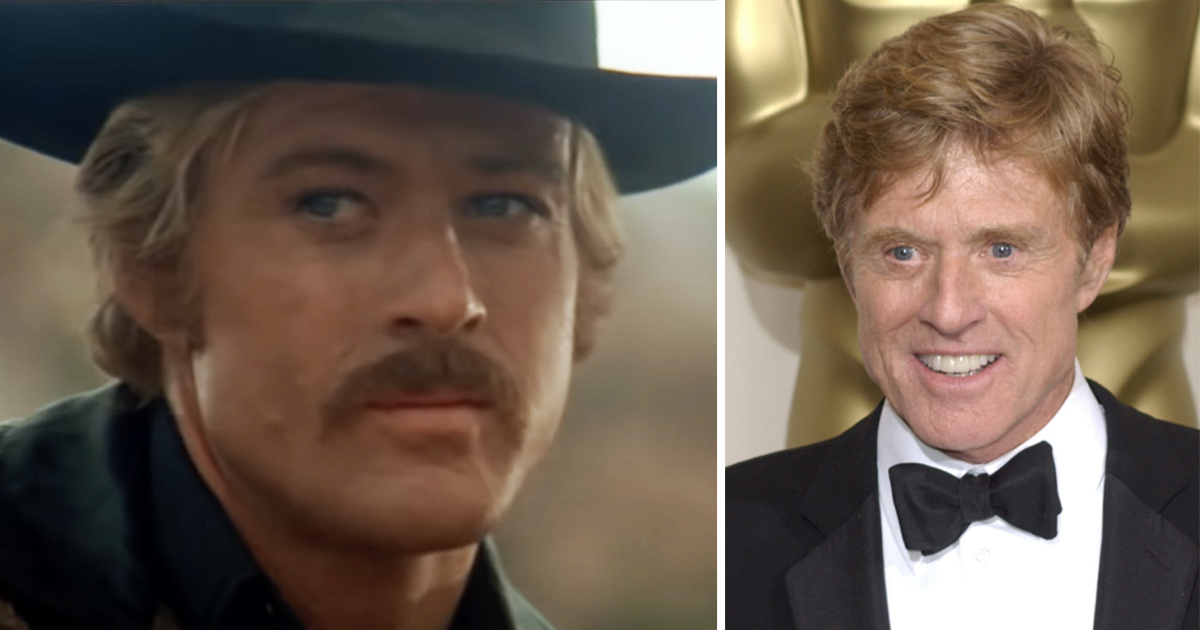 Robert Redford is a true screen legend. The iconic actor has starred in some of the most classic films, and at one point or another has played every role there is. Now, his daughter Amy Redford is making it in the business.

Apart from being on screen, Redford has also done plenty of work as a director, and besides that, he’s also an activist and environmentalist, as well as philanthropist.

At the same time, the legendary actor has also been through tragedy, losing two of his sons. Here’s the story of the Redford family – and how his daughter Amy is keeping their legacy alive.

Robert Redford has done pretty much everything there is to do in his profession. Starring in films such as Butch Cassidy & the Sundance Kid, The Sting, All President’s Men and The Natural, he put himself among the greatest. Furthermore, his work as a director has led to people raising him even higher up on the Hollywood celebrity shelf.

At the same time as Redford’s career has been his life, he’s also created a loving family. In fact, his daughter, Amy, has made it in the entertainment business herself.

But it hasn’t all been plain sailing. Redford has outlived two of his sons who tragically passed away.

So how did everything start for Robert? And what is Amy Redford known for? This is all you need to know!

Robert Redford was born on August 18, 1936, in Santa Monica, California. Growing up, his father was a milk man who later joined an oil company as an accountant. His mother, meanwhile, had a great passion for both film and literature.

Redford grew up in a lower working-class neighborhood in Santa Monica. Because of his mother’s great passion for the arts, he oftentimes visited the library and the movie theater. It was all because of his parents that Robert Redford also fell in love with film and books, and also, his desire to see the world grew.

Robert loved to draw as a child. However, within his family, art was considered more of a “trivial pursuit”. He would draw under the table in class when he was bored, and by third grade, his teacher called him out.

“‘Mr Redford, why don’t you bring that up and show us what’s more important?'” Redford recalled his teacher saying.

“Instead of burning me, she said, ‘I’ll make a deal with you. We’re gonna put an easel here. Every Wednesday, we’re gonna give you 15 minutes to draw a story, but then you have to promise to pay attention.’ That’s what saved me.”

Redford was great at sports growing up; he ran track, as well as played tennis and football.

In addition, he said that he had a “robust” romantic life. But in most areas, he wasn’t successful, according to himself.

“Actually, I was a failure at everything I tried,” Redford told Success Magazine. “I worked as a box boy at a supermarket and got fired. Then my dad got me a job at Standard Oil—fired again.”

Redford’s father had been living in California since his early days. He was “shipped out” to the West Coast from New England because of his mother not being able to raise two sons, and he was scared to death of poverty.

So when Robert pretty much said that he planned to pursue a career in arts, his father didn’t encourage him because it wasn’t a “real” job.

“When I came out and looked like somebody who was gonna be freewheeling, it made him nervous. He thought, ‘He won’t survive that.’ That was the tension. He wanted me to be secure, to go to Stanford. I was lucky to get to Boulder, Colorado.”

Robert got a baseball scholarship to play at the University of Boulder, Colorado. But instead of focusing on the sport, he became the ” campus drunk” and before long, he was expelled.

Instead of staying in the US, Redford decided to head for Europe. He lived a bohemic, “artsy” lifestyle in Paris. 18 months later, “much more focused” on his country both culturally and politically, he went home to California. And it didn’t take long before his now-known career started.

Redford married Lola Van Wagenan in 1958, and the couple moved to New York City soon after,. They welcomed son Scott the following year, but tragedy struck only five months later, when their child passed away from Sudden Infant Death Syndrome.

“I was only 21, my wife was 20. We were just starting our lives, I was just starting my career in New York,” Redford recalled. “Of course it was traumatic, and how that plays out over time, I don’t know. We had to deal with it. You have to move on. And we had other children who came.”

At this point, Redford had studied at the Pratt Institute and then transferred to the American Academy of Dramatic Arts, where he switched from design to acting. He decided to pour all of the heartbreak at losing his son into acting, and soon, he got himself his first gigs in theater.

Following a couple of smaller parts in films, Redford got his big breakthrough. In 1963, he landed the leading role in Barefoot in the Park, and after that, he quickly rose to a true movie star.

Following up the success in 1963, Redford starred in several other movies. But it was in 1969 that he’d take the next big step, appearing alongside Paul Newman in Butch Cassidy & The Sundance Kid.

“When I read it, I thought, ‘This is perfect for me,’ Redford told the Salt Lake Tribune. “It had a lot to do with my own sensibility, which has always been kind of an outlaw sensibility since I was a kid.”

When Redford first read the script in 1967, it wasn’t certain that he was going to get the part. At first, Newman wanted Steve McQueen as “The Sundance Kid”, but eventually, Redford was the one who got the nod.

“Finally, Paul forced [the studio] to look at other actors, and they ran out of other actors,” he said. “I was so much into it as an actor. I knew it was a big thing.”

Redford credited Newman for him even getting the role. As one of Hollywood’s biggest stars through all time, it was he who gave the 30-year old Redford his big break.

Butch Cassidy & The Sundance Kid made Redford a true star. The film won four Academy Awards, and Redford himself was awarded a BAFTA Film Award as Best Actor.

Four years after the success, Newman and Redford once again worked together in the cult film The Sting.

The two became great friends, and remained such all the way until Newman’s death in 2008.

“We had a lot of fun together,” Redford said. “We played a lot of jokes on each other, and just had a good time.”

It’s not only fans and film critics around the world that have praised him for his role as “The Sundance Kid”. His daughter, Amy Redford, also thanks Newman for making her father a star, besides paying tribute to their beautiful friendship.

“In many ways, he set a high standard for my dad to walk into fame, with dignity and responsibility,” she said. “They held each other to that standard. Without that, I think it would have been harder for him to find his tether.”

These days, Robert Redford is a four-time Oscar nominee – and his iconic status in Hollywood is truly cemented. Even though he’s never won an Oscar for his work as an actor, he actually did as a director.

By 1980, Robert was at the height of his acting career. With that in mind, one thing most wouldn’t in his shoes would be to leave and do something else, right? Well, Redford decided to start directing instead – and it turned out to be a home run of a decision.

Redford made a film based on a novel about a teenage boy recovering from a suicide attempt, while struggling to earn his parents’ acceptance at the same time as he was falling in love. The movie, Ordinary People, was a huge success, earning four Academy Awards. Robert Redford himself won Best Director.

At that point, he thought it was time to give back. Robert decided to mentor the next generation of talent in the film industry, and opened up his two-acre Utah property. There, he created the Sundance Film Festival and Institute, and its gala is still held every year in Park City, Utah.

“I wanted to give back,” he told Esquire.

It was more than well deserved that he also got an Academy Award Honorary Award in 2002.

Besides having an amazing career – which is still active to this day – Robert Redford has also built a loving family via his first wife Lola Van Wagenen and second wife Sibylle Szaggars. He now has both children and grandchildren. Tragically, in October last year, Redford lost his son James Redford, who passed away after being diagnosed with liver cancer,

Now, one of Robert’s daughters is now also following in his footsteps, becoming a great director.

As a young child she loved acting. At the age of 20, she had smaller parts in series such as Sex and The City, The Sopranos and Law and Order.

Acting was never Amy’s true passion, though. Just as her father Robert Redford in the early 1980s, she felt that she wanted to be the one behind the camera rather than in front of it.

In high school and through college, Amy developed a great interest in photography. She took pictures in grade school, and in college, started printing. Still to this day, she loves taking photos. As a young child, meanwhile, she got to see what life behind the camera was really was.

Learned from her father

“As a kid I witnessed the process of my dad making films and the extraordinary cast of characters that came together to make it happen,” Amy Redford told IndieWire.

“I found myself drawn to the nomadic and creative life that that implied. I have explored many different areas of the industry, including acting, and knew that I ultimately wanted to begin directing. What led me to actually having the opportunity to do it was a combination of luck, timing, and stubbornness.”

Even though she’s the daughter of the great Robert Redford, her surname didn’t give her a free pass.

Amy Redford’s first experience in filmmaking was when she was “pulling cables” for a film shot in Tuba City, Arizona. The rest of her experience with the practical parts of shooting she learned through her acting gigs, where she had the opportunity to observe everything.

And in 2008, her dream became reality. Amy had her first film screening of her drama The Guitar – and of course, it was at the Sundance Film Festival.

“This movie isn’t meant to be a prescription, it’s meant to be a conversation,” she added. “It can be literal when you are facing an illness, or metaphorical when you hit a road block or a turning point in your life. I hope people take their own conclusions. I don’t want to tell someone what to feel.

In 2000, Amy Redford got married to Mike Mann, though the couple divorced four years later. Four years after that, she met and later married Mathew August, with whom she welcomed her first daughter, Eden.

As of late, according to IMDB; Amy hasn’t been doing much work in the business.

Hopefully, we’ll see her back behind the camera soon again. And this time, maybe with her legendary father Robert Redford in front of it?

Robert Redford is truly one of the greatest actors of all time! Which film of his is your favorite?