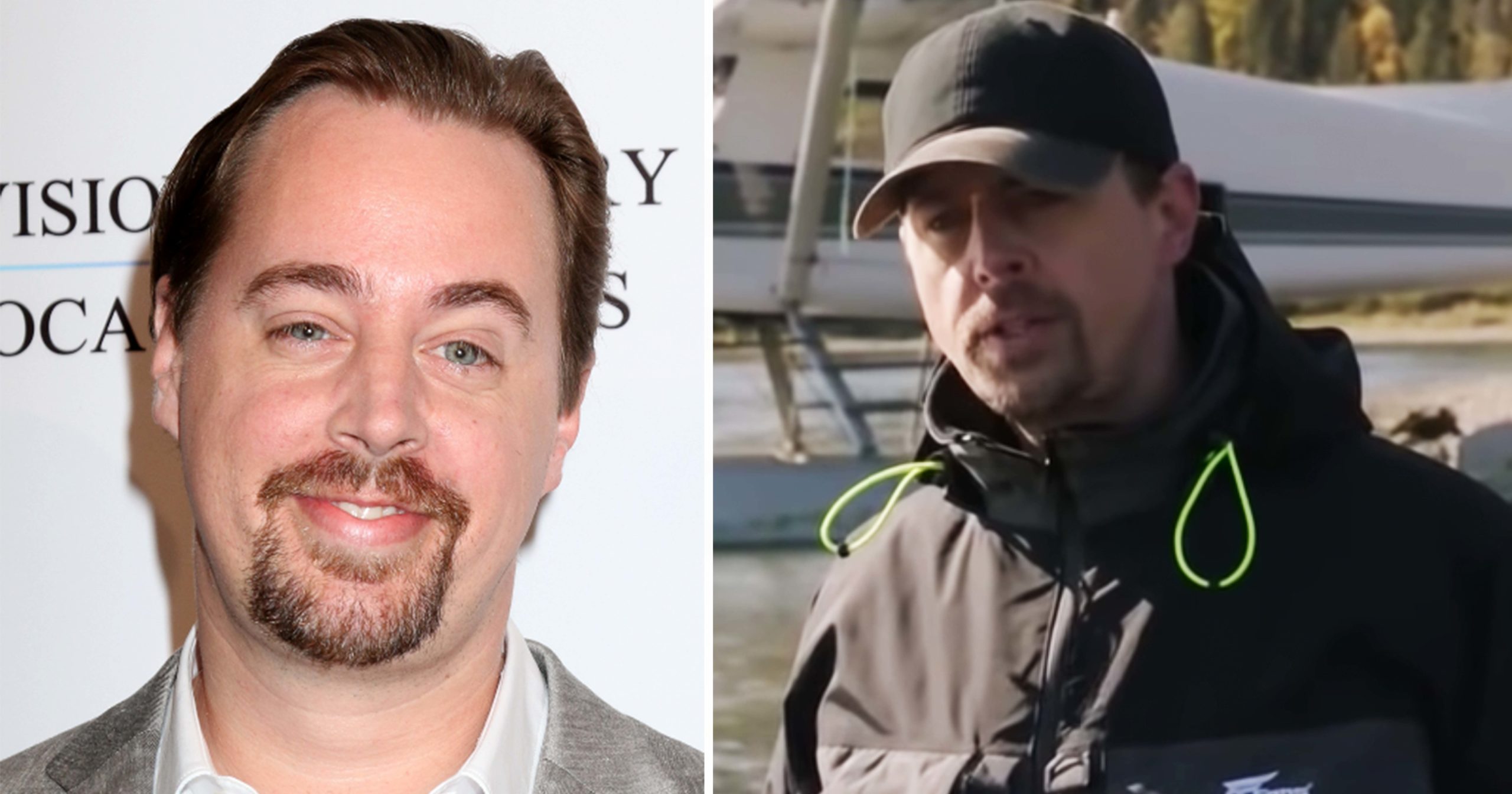 Sean Murray has been a regular cast member on NCIS since 2003, no mean feat when it’s considered that he was initially set to only appear in one episode.

Today, his character, Timothy McGee, is one of the most beloved on the show. He worked alongside Mark Harmon for many, many years, until the main cast member decided to quit earlier this fall.

Now, Sean isn’t the only one in his family to work in show business. In fact, many of his fellow siblings are doing great work, both in front of the camera and behind it.

So how did he get the NCIS gig from the beginning? Here’s all you need to know about Sean Murray – and how Mark Harmon played a vital part in his career.

Sean Murray was born on November 15, 1977, in Bethesda, Maryland. In the early 1990s, his father and mother separated, which meant moving to Los Angeles with his father, Craig.

As a young child, Sean felt that he was born to perform.

“As far back as I can remember, I was always a little performer. Whether I was doing book reports, oral presentations in class. Putting on a show for my parents when they came home from work,” he recalled.

“I was always doing something. Performing and acting specifically is something I have always known I wanted to do as far back as I can remember.”

Sean was interested in acting and performing, but it wasn’t written in the stars that he would become an actor. He grew up on a military base, and his parents didn’t have any special relationship to show business.

That said, his father being a retired navy captain actually influenced his work on NCIS.

“It’s a little bit of art imitating life. The first time on the show when we visited McGee’s apartment they made up a quick back story for him. They asked if I had pictures when I was young with my Dad. I said, ‘yes, but he was a Navy officer and is in his navy whites,'” Murray told Forbes.

“They made McGee’s father a Navy officer. Part of the story evolved from a picture of me and my father while he was on a ship coming back from deployment.”

Discovered his passion for acting

“On the show McGee and his father, before he passed, had a tough relationship,” he added. “In real life, it’s a very different story. I have a very close relationship with my father. We’re in no way estranged. My dad thinks it’s pretty funny that I’m playing an agent who polices the military when I actually grew up as a military brat.”

Even though his parents didn’t have any background in acting, Sean quickly became 100 percent hooked on it. He explained that when he went to watch the 1986 classic Stand By Me, something clicked.

“Luckily, I had a mother with a pretty adventurous, so she was down to give it a go and go on the adventure with me.”

Later on, Sean came to find out that his great-great-grandmother, Hilda Dorrington, was a ”pretty famous actress” in Australia, featuring as the leading lady at the Sydney Opera House in the early 1900s.

As stated, his parents weren’t involved with the industry, but Sean thinks that’s been to his advantage.

“I am blessed I had the opposite of the classic stage parents,” he said. “My parents were like ’God bless ya. Good luck. We have no idea what is going on over there but we wish you the best.'”

It wasn’t long before Sean entered the show business industry. At 11, he landed his first role as an extra in the Joan Cusack film My Blue Heaven, after which smaller roles followed. In 1993, he got his big breakthrough, starring as Thackery in the family film Hocus Pocus. Murray portrayed a teenager from the 1600s desperately trying to save his sister from witches. The flick was a huge success for Sean Murray.

In fact, still to this day, he is recognized on the streets for his performance in the film.

“That is wild to me but their parents were my age and watched the movie when they were kids and now their kids watch it. It is wild. I have even been told by a number of people that physically I haven’t changed much. I guess I still look like I am 14.”

A few months before the premiere of Hocus Pocus, the film This Boy’s Life, which starred Murray, premiered. For that role, he worked alongside Leonardo DiCaprio and said that he learned plenty of things from the now superstar celebrity.

Sean continued working on several television movies and series, including Hearts of the West, ER, and Touched by An Angel, trying to get his big breakthrough as he went into adulthood. Then, in 2003, everything changed when he got the chance to work on NCIS, his stepfather, Donald P. Bellisario’s creation.

Today, Sean has become a household name on NCIS. In the beginning, though, that wasn’t the plan. In fact, Sean Murray revealed on The Talk that his character, Timothy McGee, was written as a one-off character.

The editors of the show were working on another episode later on in the first season, and realized that the episode had to be longer. As a result, they had to “fill the time” with something – and decided to bring back McGee. The rest is history.

“To play a character for 14 years is interesting but it’s also been fun because my character has grown as the show’s grown,” Murray explained in 2017. “I mean he started off as a rookie agent and is now a senior field agent so it’s been good.”

NCIS aired for the first time in September of 2003. It took a while for the show to gain recognition – but once it did, it was a major success. NCIS became one of the most-watched shows in the world, with millions tuning in each week.

According to The Hollywood Reporter, it’s now licensed in more than 200 countries, with numerous CBS spin-offs including NCIS: New Orleans, NCIS: Los Angeles, and NCIS: Hawaii.

The show has been nominated for three Primetime Emmys and won several other awards over the course of its lifetime. The main star of the show, Mark Harmon, was also nominated for several awards for his performances, winning the People’s Choice Award in 2017 for Favorite TV Crime Drama Actor, among others.

As of today, Sean – who’s yet to receive a nomination for his performances on NCIS –  has starred in a total of 407 episodes of the show.

Speaking of Mark Harmon, Sean and his colleague have spent a lot of time together over the years, building up a wonderful relationship.

“The relationship between McGee and Gibbs has always been like that of a father-son thing, but we’ll be exploring that quite a bit and see how that’s changed and grown,” he explained of upcoming episodes. “But for him, the bond doesn’t stop when the cameras aren’t rolling,” Sean told Inquirer.

“As for Mark, he’s a mentor and one of my best friends,” he added. “One of the best work partners I’ve ever had. He means a tremendous amount to me. He’s got these qualities of a leader that have made the show what it is today. He’s our quarterback.”

Unfortunately, everything must come to an end. These days Sean and Mark are no longer working together, as Harmon has left the show. In total, Mark appeared in 418 episodes of NCIS. On October 9, he appeared in his last episode as Leroy Jethro Gibbs.

“In terms of his on-air appearances, we’re just going to have to see how it plays out going forward.”

Speculation about Harmon leaving the show has been ongoing since the addition of Gary Cole, who stars as a new series regular as Special Agent Park.

Harmon might now be gone, but NCIS executive producer and showrunner Steven D. Binder has left the door open for him to return sometime in the future.

“Our north star has always been staying true to our characters, and that truth has always guided the stories we tell and where those characters go,” he said. “So regarding the future of Gibbs, as long-time fans of the show may have noticed over the years … never count Leroy Jethro Gibbs out.”

At the time of writing, Sean has settled down with his wife Carrie, and the couple have two lovely children together in daughter Caitlyn and son River. Having a family involves prioritizing things differently, and so Sean is tasked with trying to balance work and family life.

You could say that acting and producing is in Sean’s blood, at least in so far as his siblings are concerned. His brother, Chad Murray, is a producer for NCIS Los Angeles, while his stepsister, Troian Bellisario, starred in the successful show Pretty Little Liars.

Several of Murray’s step-siblings, meanwhile, also work in television: Julie Bellisario Watson is a producer and writer, David Bellisario works as a producer, and Michael Bellisario is an actor.

According to Celebrity Net Worth, Murray has a net worth of around $25 million.

Murray has also been involved in several other projects, such as the BBC drama Agatha Christie: Ordeal by Innocence. Speaking on the First Class Fatherhood podcast in 2020, he claimed that he wasn’t going to take on any new roles so he can instead spend time with his family.

As per the man himself, he usually works for about ten months a year on NCIS.

“I kind of have a thing right now where I’m like, hey, I’m with my family when I can be because I’m with my work family so much, you know, I wouldn’t want to cheat the fam out of the two months I get with them non-stop in the summer,” Murray said.

Sean Murray really is doing an amazing job on NCIS. We hope he will stay on the show for many years to come.