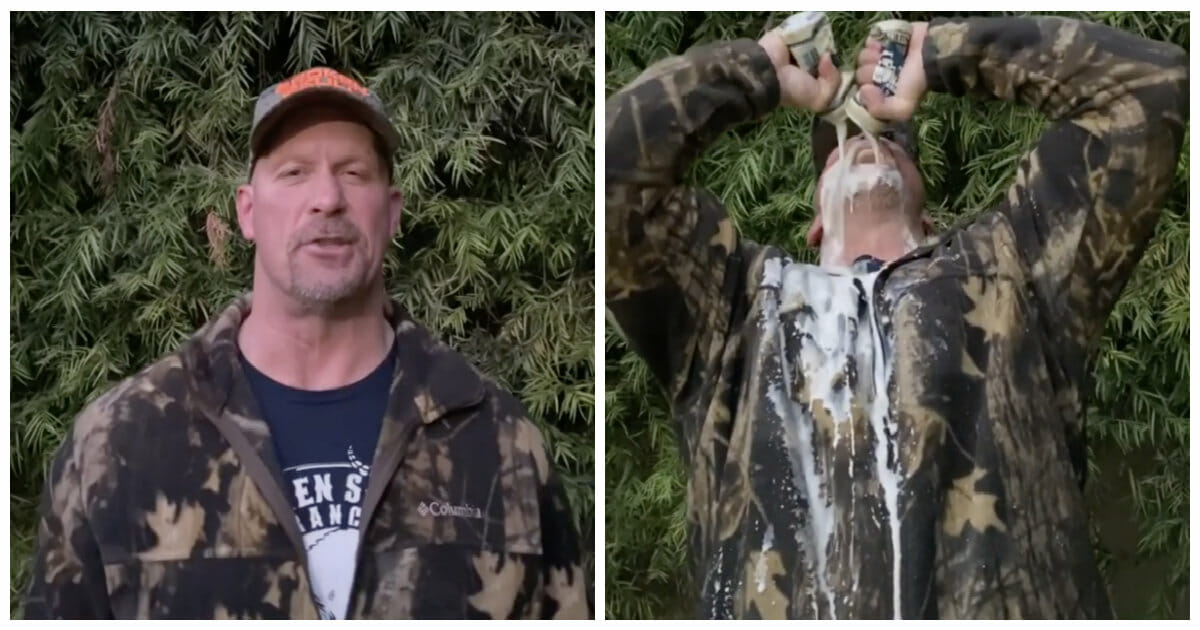 For wrestling fans in the ’90s, there was no bigger star than Stone Cold Steve Austin, the WWF’s beer-chugging bad boy.

While he’s been retired from wrestling for a while now, he still has fans around the world, who celebrated the champ’s 55th birthday yesterday.

And the wrestler himself celebrated in the most Stone Cold way possible.

Austin posted a video on Twitter and Instagram thanking him for their well-wishes, speaking in front of his house.

“I want to say thank you to the world [for] all the calls and text messages I got, saying ‘Happy Birthday, Steve, you made it to 55, I can’t effin’ believe it,'” he said. “Thank y’all very much.”

Then he finished off with his old catchphrase: “And that’s the bottom line… ’cause Stone Cold said so.”

But no professional wrestler can go without an amazing finisher, and Stone Cold finished the video by bringing back one of his classic moves: he cracked open two beers together and chugged them.

We can only dream of doing something so badass on our 55th birthday.

If you watched Stone Cold in his wrestling heyday, you’ll remember his many beer related stunts. Mostly chugging beers himself, but occasionally dousing the audience or one of his opponents.

Wish this beer champ a happy birthday, share this story!