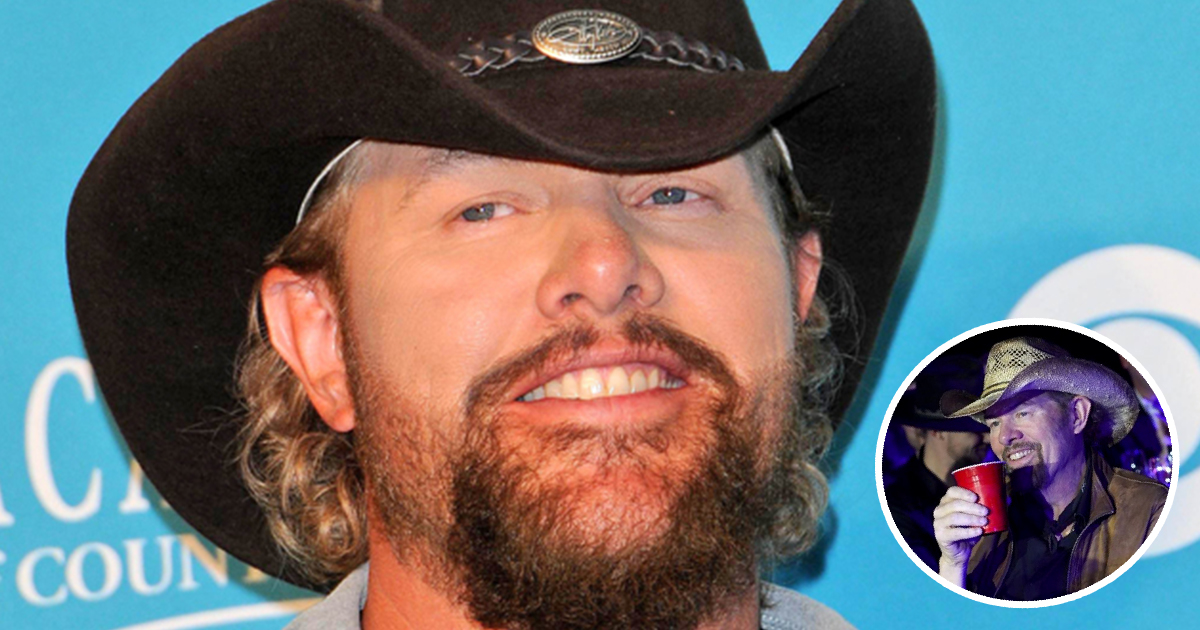 Toby Keith is perhaps one of the most well-known names in country music. The multi-platinum-selling artist enjoys a very successful family life parallel to his professional life, though in 2021, his fortunes hit a downward spiral.

After a year of speculation, Keith finally revealed to fans that he was not doing well after having been diagnosed with cancer.

But now we have a more recent update that gives both him and his fans hope.

Toby Keith, a seven-time Grammy nominee, is fighting for his life. It was back in June of 2022 that Keith announced via social media that he had been diagnosed with stomach cancer. He wanted to make sure his fans knew what was going on with him, and thus posted a message on his Instagram and Twitter accounts.

He revealed that for the previous six months he had undergone chemotherapy, radiation, and surgery. Other than that, Keith didn’t share much more details about the diagnosis.

“Last fall I was diagnosed with stomach cancer. I’ve spent the last six months receiving chemo, radiation and surgery. So far, so good. I need time to breathe, recover and relax,” the singer wrote.

Even with the diagnosis, the country singer is not allowing his high spirits to wane. He ended his note with a promise of seeing his fans soon.

“I am looking forward to spending this time with my family. But I will see the fans sooner than later. I can’t wait,” he wrote, signing his initials.

As soon as the beloved singer posted the news, he was inundated with messages of love, prayers, and support.

Even before his own diagnosis, Keith has always been a vocal advocate of cancer research. In 2006, he established the Toby Keith Foundation to help provide children with cancer with housing for free.

The singer supports the cause very dearly – just this year, Keith’s Oklahoma Golf Classic raised over $1 million for OK Kids Coral, an organization helping children with cancer find free housing while they receive treatment in his home city of Oklahoma.

Despite his diagnosis, he remained in the public eye. He was inducted into the Nashville Songwriters Hall of Fame in November 2021 and played the Heroes Honor Festival at Daytona International Speedway in May 2022.

Fortunately, Keith appears to be doing well at the moment. According to WhiskeyRiff, his ”prognosis appears to be good now that the cancer is in remission”.

But despite that, Keith has been forced to clear his touring calendar for 2022. In September, he pulled out from an appearance at the SabesWings’ Strike Out Fundraiser in California.

Then, in early November this year, the Oklahoma native surprised patrons at a steakhouse in Kentucky with a special impromptu performance. The surprise act marked the first time Keith had performed in front of an audience since revealing he had been diagnosed with stomach cancer in the fall of 2021.

“It was good! I was over there for Breeders’ Cup. I’m an ambassador… one of the ambassadors of the Breeders’ Cup and we had all gone to dinner and they kept asking me, you know Jeff Ruby’s got a lot of Steakhouses and I’ve known him a long time… he kept asking me to get up here and I was like ‘ah you know, I said I think I’m just going to stay here with my friends,’ Keith recalled.

When the legendary country musician sat down with  CMT’s Cody Alan at the 2022 BMI Country Awards, Keith shared some new light on his diagnosis and what he thinks about his future.

Among other things, Keith was asked if he would return to the stage soon. The artist said that he would continue doing what he loves most as long as his body continues to heal.

“I’m thinking about getting back to fightin’ shape. I need a little bit of time to rest up and heal up. It’s pretty debilitating to have to go through all that, but as long as everything stays hunky dory, then we’ll look at something good in the future,” he said.

Truly Toby Keith is a great man and we hope he will overcome his diagnosis soon.

He has done so much for those in need and those in similar situations, we hope he comes out on the other side stronger than before. I pray that he’s in good enough health that someday soon he’ll be able to hit the road again.