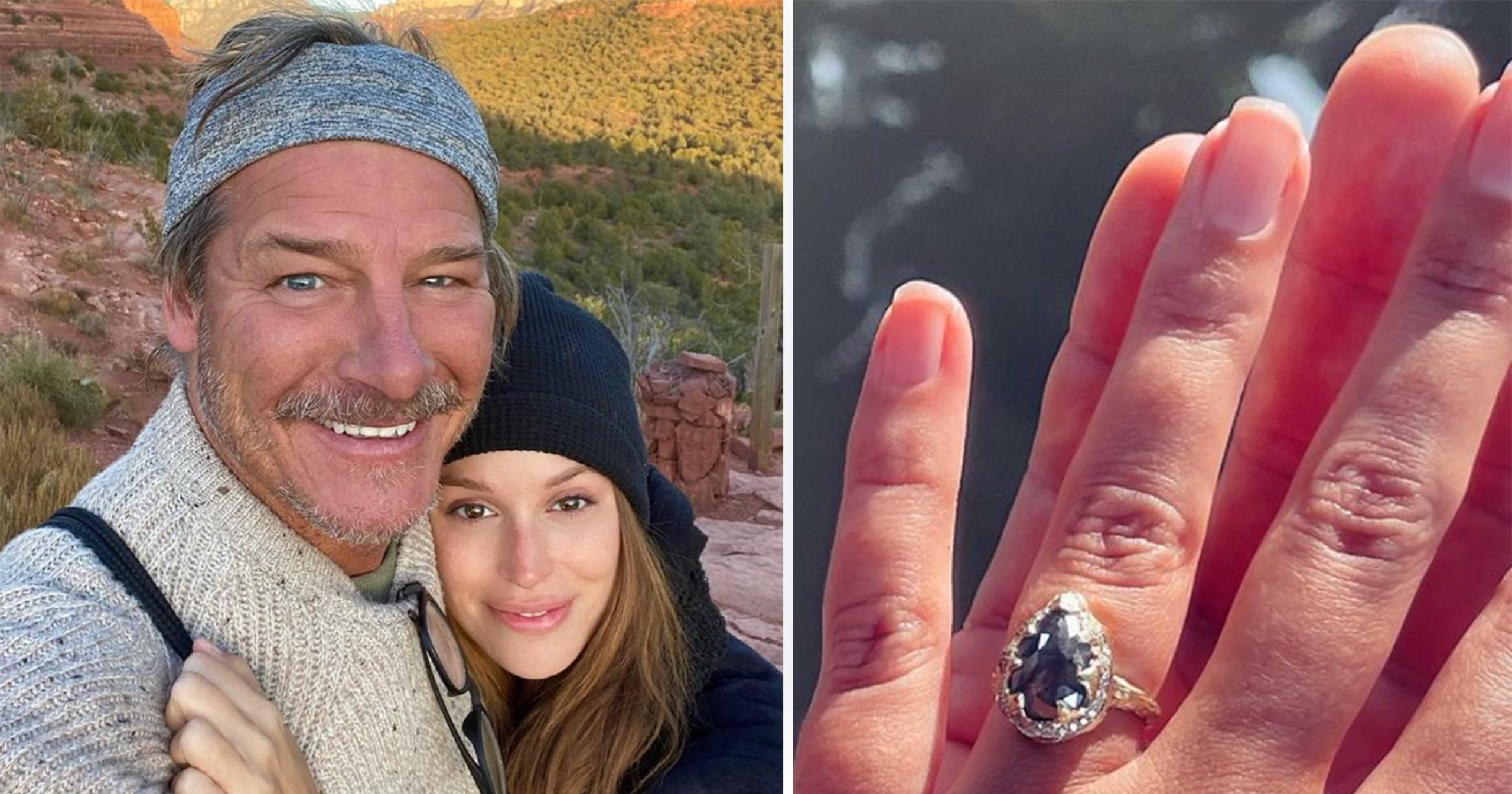 Ty Pennington became an American hero as the host of Extreme Makeover: Home Edition. Alongside a big team of construction workers and other local companies, he helped families in need to get a new start in life, moving them into truly wonderful new homes.

In 2011, ABC announced that the program was to be cancelled, with Pennington moving on to new projects. However, as of today, he has pretty much disappeared from the public eye.

So how did Ty Pennington get to the top of the television celebrity ladder? And what does he look like today? Here’s all you need to know!

If there’s one thing that makes us smile, it’s seeing other people happy. For some, life has been harsh for different reasons, and often it can seem as though nothing will help.

Furthermore, it’s often these people that are the least selfish ones, and even though life might be hard on them, they always stay positive, even going out of their way to help others.

These people deserve credit, pure and simply. And one show that made its name by giving it to them was Extreme Makeover: Home Edition.

The popular program, which aired on ABC, had host Ty Pennington and his crew of interior designers and construction workers build dream homes for families desperately in need of help. These families deserved wonderful homes, and viewers got to see old and broken-down houses being transformed and refurbed into masterpieces.

At the same time, Extreme Makeover also had its fair share of criticism. Some of the families were even forced to later move out due to huge utility bills.

For Ty, the show brought him fame and love from both viewers and the families involved. But when the show was cancelled in 2013, he pretty much disappeared.

So what really happened to Ty? Here’s all you need to know about him!

Ty Pennington was born on October 19, 1965, in Atlanta, Georgia. As a young child, he had ADHD, which made life pretty hard. But it wasn’t until age 17 that he was actually diagnosed.

Speaking with Access Hollywood, Pennington explained that he was “out of control” as a child – both troublesome in school and extremely disruptive.

One time, his mother was called into school. When she arrived, her son was naked, running around.

His behaviour wasn’t great, and Pennington was forced to change schools seven(!) times. Doctors gave Ty antihistamines and he later on received ADHD medication in college. After that point, he started improving.

“I didn’t care so much about the grades, I just knew I was frustrated and then when I went to see the doctor, I wasn’t stoked about being told I had a mental disorder and needed medication,” he said.

“As a teenager, you don’t want to hear that. But once I started, the first thing I noticed was that I started reading the soccer game and noticed where players were and saw it in a different way.

“Suddenly, I’m where I need to be and you start scoring goals and it all comes together. It’s just because the lens that was dirty and unfocused finally got focused.”

Still to this day, Ty takes his ADHD medication. He’s also a spokesman for ADHD experts Oncall Plus.

“I think [my mother] is amazed that i have turned out the way I have,” he said.

Ty studied at the Art Institute of Atlanta. He moved on to work in a design studio and even won a couple of awards, but soon after decided to take a break from his profession to travel.

In the end, he always reverted back to working with his hands. Pennington moved on to do all kinds of work, from designing furniture to logos and working on buildings.

While travelling, Ty also became a model, as well as appearing in television commercials. He also constructed sets for the Leaving Las Vegas (1995). He bought an old factory with his brother and turned it into loft-style apartments, while also renovating a home in Atlanta.

In 2000, Ty’s television career started when he joined the popular BBC program Trading Spaces, where two neighbors swapped homes and renovated one room in the house with the help of experts. Pennington was a carpenter for the show, and he was much liked by the audience.

At that point, Pennington had moved to Los Angeles, where he released a book named Ty’s Tricks: Home Repair Secrets Plus Cheap and Easy Projects to Transform Any Room. It was a success, and ended up on the New York Times bestseller list.

Ty had started working towards helping families in need. He became the ambassador for Sears American Dream campaign. Soon after, the world would get to know him through what now is probably his most popular project, Extreme Makeover: Home Edition.

“I wanted to make a wish of theirs come true. So we got to playing around with different ideas. The company came up with building a house in seven days with six or seven designers, and then chaos ensued,” Ty recalled.

“But that’s what’s great about the show: It kind of creates itself. While the original show they’d planned was more about the chaos of building a house, it evolved into what it is now, which is the type of show where everybody gets involved. It really is phenomenal. It’s the greatest job I think I’ll ever have.”

At first, Ty thought it would be absolutely impossible to build a home in six or seven days. However, it turned out it was possible, with hundreds of families getting the well-deserved help they received through the show.

But at the same time as Ty became a huge celebrity in helping all these families, there were also tough times.

In the process of choosing families to help, they also had to reject many. According to Ty, the crew went through 4,000 tapes each week.

“Yeah, that’s the worst part, but who knows, we might be able to go back and help some of those people we had to say “no” to earlier,” he explained in 2007.

“What’s really cool is, some of the families we’ve helped have come out and helped us with other families. They really want to give back what’s been given to them. There’s definitely a pay-it-forward kind of vibe on our show.”

Extreme Makeover: Home Edition was a great step in Ty’s career, but it also took him into a pretty uncomfortable place in his life. He was so involved with the show that his private life suffered.

Broke his ribs and nose on set

“I didn’t see family or a girlfriend for 10 years. I would come home to do laundry and go out again,” he told The Atlanta Constitution in 2019.

“When I was people from the old TV show, they said ’My God! You look amazing!’ I got some sleep! I would imagine I look a lot better than when I was on the show.”

Of course, the viewers didn’t get to see everything from each week, as the workers did everything the could to make sure that the house was done in time.

Speaking with The List, now 56-year old Ty revealed that there were plenty of favorite moments from the show. But one time – behind the scenes – he actually got hurt pretty bad.

“There’s all kinds of things that happened. I mean, we did a demolition derby demo, and I was dumb enough to get in one of the cars,” he recalled. “I ended up breaking my ribs, and I broke my nose on the camera. Because I was crazy, I would do anything. I just love the thrill and the excitement of it.

“There’s so many things that happened behind the scenes that — I mean, we even did a show of the behind-the-scenes of the show, because there was so much stuff that happened, you know?”

In 2011, ABC announced that Extreme Home Makeover was being cancelled. Ty continued with his television career, joining ABC’s talk show The Revolution and later on became a part of two cooking shows, On The Meny and American Diner Revival.

What is Ty Pennington doing today?

At that time, he had also published his own magazine, as well as opening a Los Angeles-based design store.

In 2018, Ty joined the third season of the Deluxe Corporation’s series Small Business Revolution: Main Street. He also did some renovations for Trading Spaces.

“When I found out about the show, I thought it was a genius idea,” Pennington said.

“Of course, I was upset I wasn’t asked in the first season.”

So what is Ty Pennington doing now? Well, recently he was seen on the show called Battle on the Beach, where he acted as a mentor to network stars and up-and-coming home flippers to compete over $50,000 by flipping properties at the beach.

Besides being a great carpenter and renovator, Ty has also settled down with his beautiful fiancee Kellee Merrell, 33.

The couple met for the first time back in 2010. However, their romance didn’t start until years later when they re-connected through a friend in 2020 and quarantined together.

A representative for the Extreme Makeover: Home Edition star told People that he asked her to marry him on the dock of his home in Palm Coast, Florida, when they had their morning coffee.

Via his Instagram page, Pennington posted a picture of the couple’s hands, with his fiancee showing off a large teardrop-shaped diamond.

Kellee Merrell is a social media manager, originally from Vancouver, Canada. The 33-year old and Ty were both congratulated through their Instagram pages on the wonderful event.

“I have admired Kellee from afar for years. She’s a beautiful person inside and out,” Pennington told People.

“Luckily our paths finally crossed at the right time. It’s one of those things where you just feel happy being around a person. I never thought I would get married, but she changed that. Glad I waited for the one.”

As of now, the couple live in Florida. But reports say the two lovebirds are currently working on their “dream home” in Savannah, Georgia.

We are so happy that Ty Pennington is doing amazing, and still to this day, he looks great. We wish him and his beautiful fiancee Kellee all the best in the future!