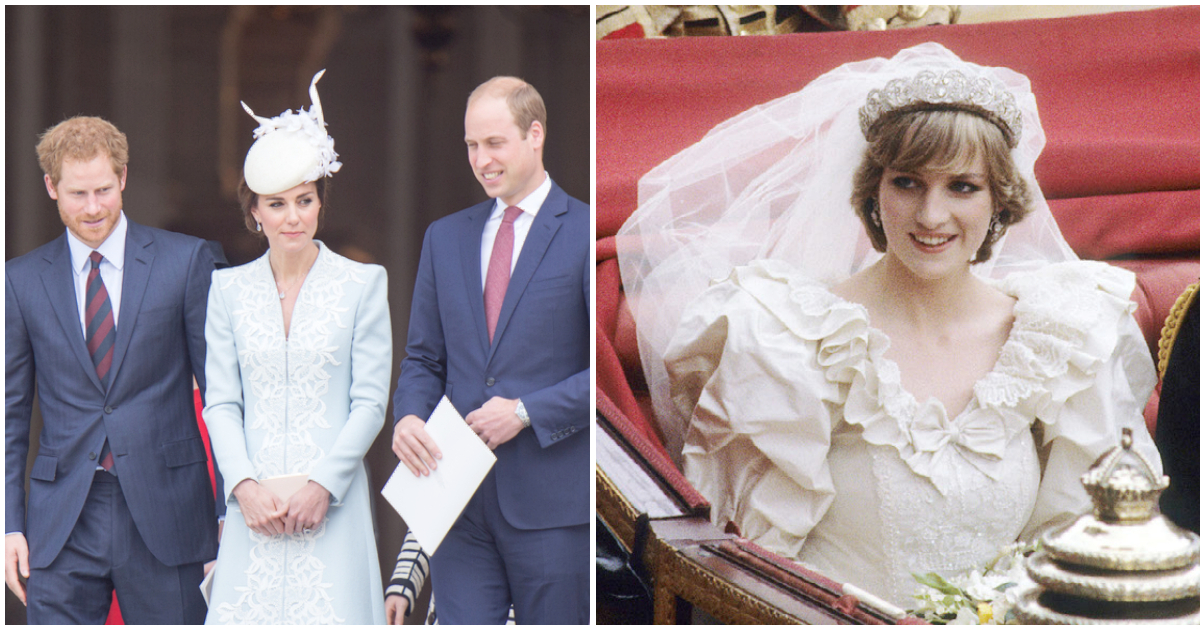 It’s no secret that there’s been a great deal of tension within the British royal family over the past few months, following Prince Harry’s dramatic exit from royal duties and an explosive Oprah interview alongside his wife Meghan Markle.

During Harry’s return to London following the death of Prince Philip, much of the attention has been on whether Harry will be able to reconcile with his family, particularly his brother Prince William.

But it seems there is at least one subject the brothers can come to agreements about: their mother, the late Princess Diana.

Diana, “The People’s Princess,” tragically died in a car accident in 1997, but she still endures as a beloved, fascinating figure around the world. Between Netflix’s The Crown and an upcoming Broadway musical about her life, the demand for all things Diana remains as strong as ever.

And her sons have often been in control over their late mother’s image, giving approval to tributes and memorials in her honor. Their love for their mother is one of the few things they still bond over these days: even amidst recent tensions, they both agreed to attend a statue unveiling this summer.

And now, the brothers have given their approval for a new exhibit that will no doubt have Diana fans excited: for the first time in 25 years, Diana’s iconic wedding dress will be on display.

Many people can recall watching the royal wedding of Diana and Prince Charles in 1981. It was a worldwide TV event, and people everywhere watched in awe at what was viewed as the “fairy tale wedding” of the future king and his new bride.

Of course, the real marriage was certainly not a fairy tale—the couple separated in 1992 before divorcing after 15 years of marriage—but the extravagant event has remained an iconic moment in the modern history of the British royal family.

And one of the most memorable elements of the event was definitely Diana’s wedding dress, which today is one of the most famous dresses in the world. The Ivory silk taffeta and antique lace gown was designed by David and Elizabeth Emanuel.

The dress wowed audiences around the world with its 25-foot train containing thousands of mother of pearl sequins. The dress also used antique Carrickmacross lace that once belonged to Queen Mary.

Despite its iconic status, the dress has not been on display to the public in 25 years. But this summer, it will finally be unveiled once again.

William and Harry have loaned the dress for display at the “Royal Style in the Making” exhibition at Kensington Palace this summer, opening June 3.

The show will include other royal fashion items to “explore the intimate relationship between fashion designer and royal client,” including a rare toile for the 1937 coronation gown of Queen Elizabeth The Queen Mother.

But Diana’s dress will be the centerpiece. The site for the exhibit describes the dress as “among the most famous in bridal history.”

The exhibit will be one of the many tributes to the late princess in what is being called the “Summer of Diana.” It will mark 40 years since her famous wedding, and what would’ve been her 60th birthday.

On her birthday on July 6, a new statue of Diana will be unveiled, designed by Ian Rank-Broadley. William and Harry approved the final design, and are expected to both be in attendance.

Diana’s wedding dress is an iconic piece of fashion history, and we’re glad it will be made available to the public once again!

Share this story if you’d love to see Diana’s dress in person!