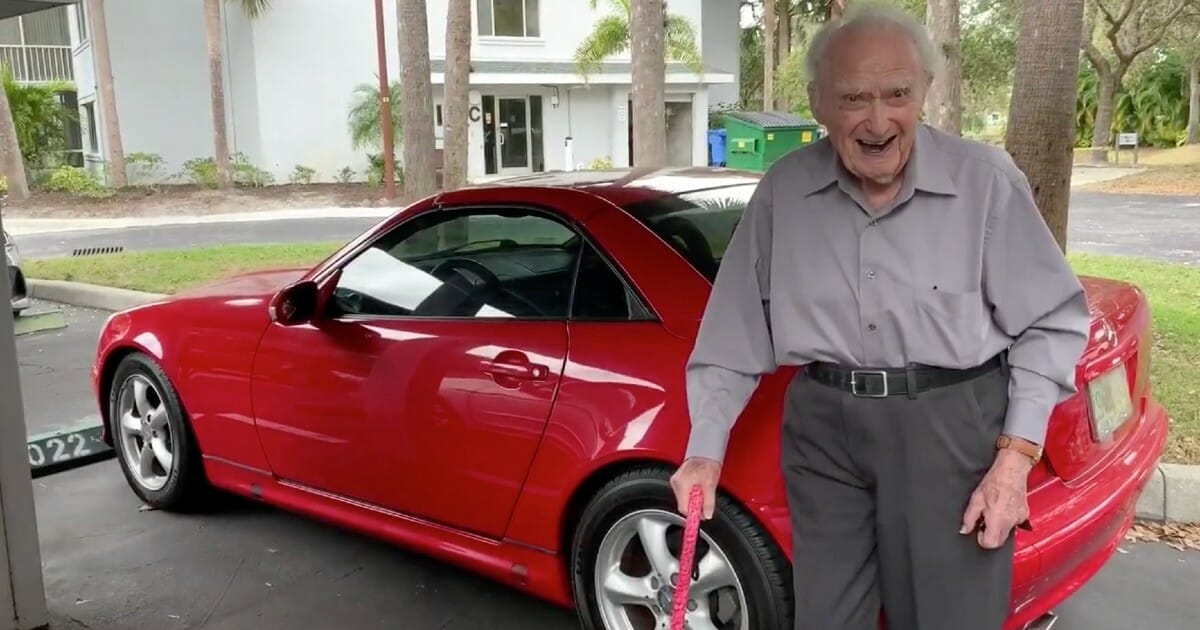 If you live to be 107 years old, how would you spend your days?

Joe Newman, born in 1913, is 107 years old and just as active as someone half his age. Not only that but he still drives and a fancy red coupe.

“To be 107 means you keep breathing day after day,” Newman told WFLA.

Newman was born in Illinois after his parents were exiled to Siberia and moved to the United States. His family later relocated to South Bend, Indiana.

Later on in life, Newman married and he and his late wife Sophie, supported many programs for those with developmental disabilities after their only child Rita was injured at birth. The couple also helped found The Logan Center in South Bend.

After he turned 100, there was no slowing down. Newman ran for Congress when he turned 101, he currently hosts a discussion group, and drives a red Mercedes 320 coupe, which he bought from his podiatrist.

Despite his age, Newman continues to drive, albeit on occasion. Although he’s not opposed to giving senior citizens periodic driving tests.

“I might be concerned if they were allowing people in mass over 100 to drive a car. You should have to come in and show you can drive or examine me and my driving every six months or every year,” he said.

Newman is currently engaged to Anita Sampson, 99, however the couple hasn’t set a wedding date yet. What’s holding them back?

“We are waiting for my fiancé’s mother’s permission. Of course, we have had trouble getting an answer but we will wait,” Newman joked.

Isn’t this couple the cutest? My hope for when I grow old is to be as happy as Joe.