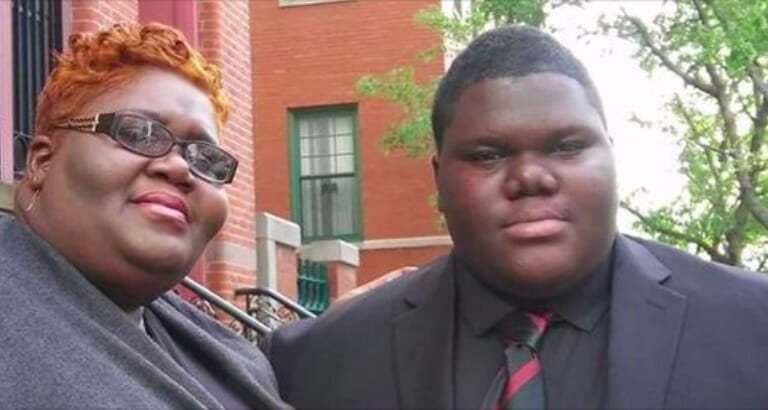 It’s often said that grit — above all else — is the most reliable source of success. 17-year-old Dylan Chidick certainly proves this to be true.

Dylan was born into poverty and he and his family have struggled with homelessness throughout their lives — but thanks to his determination and loving mother’s courage, everything is about to change.

Dylan was born in Trinidad and arrived to the US when he was just 7 years old.

But it was an uphill battle from that point on for the Chidick family, led by single mother, Khadine Phillip. Dylan’s younger twin brothers have serious heart conditions and the whole family was forced in and out of homelessness several times.

But the senior at Henry Snyder High School in Jersey City, NJ, refused to let his circumstances dictate his future in life. He worked incredibly hard, becoming class president and was inducted into the honor society.

For Dylan, there was no question about it: his determination would change the course of his destiny. Despite countless heartaches and challenges, Dylan ploughed on, set on making something of himself. He focused on excelling at school — and the efforts paid off.

The 17-year-old has now been accepted in no less than 17 colleges, making him the first in his family to be set to receive a higher education.

“I have to have a lot of determination,” Dylan told Cleveland 19. “There’s been a lot of people saying, ‘You’re not going to achieve this.’ Me getting these acceptance letters verifies what I have been saying: that I can do it and I will do it.”

Behind every successful young man is a strong mother. Indeed, Dylan credits his success to his mother’s courage for stepping forward and asking for help when they needed it most.

Aware of her son’s intelligence and determination, mother Khadine bravely stepped forward and requested help from Women Rising, a non-profit organization that helps women in need and their families.

“Putting herself out there like that, that basically made me more determined to never let us get back in that situation again,” Dylan said.

The organization has helped put the family up in permanent supportive housing — and provided Dylan with a safe place to study as he waits for his final acceptance letter.

Dylan’s college of choice is the College of New Jersey, where he wants to study political science.

Now, the 17-year-old, who was handed all the wrong cards at birth, is looking towards his 18th year with nothing short of hope and pride.

What a wonderful story that proves that our fate is in our hands! Share if you agree and to wish Dylan the best of luck in the future.