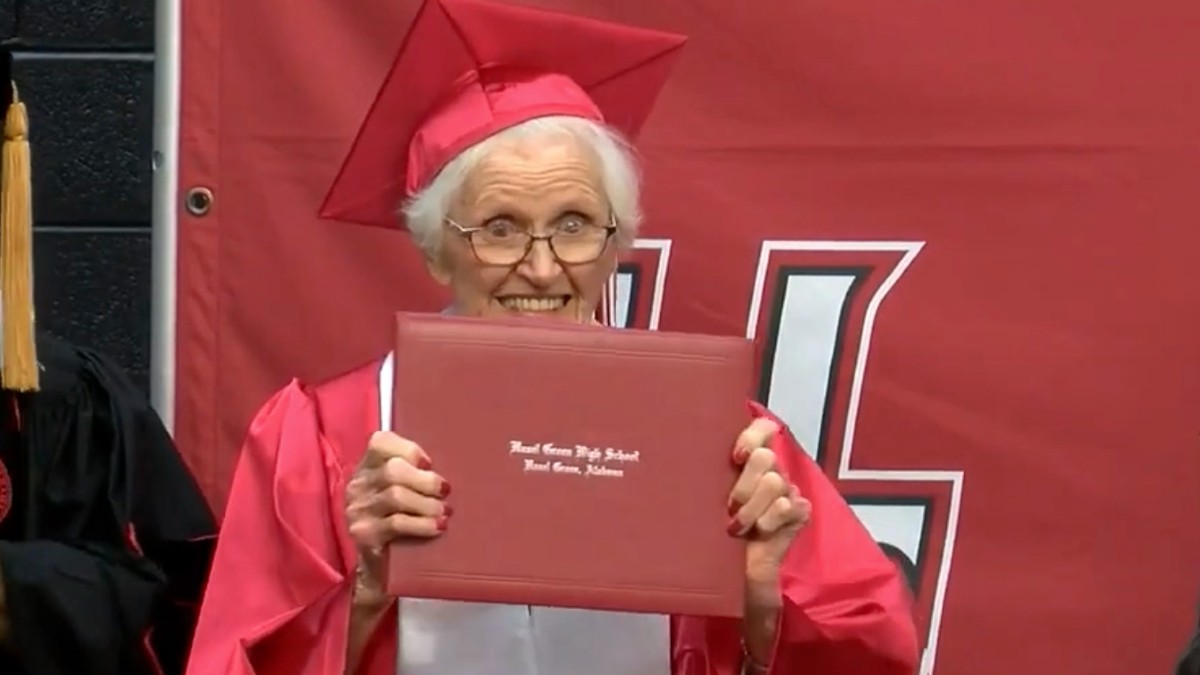 Nearly 80 years after she dropped out of school to marry her high school sweetheart, Grace Lee McClure Smith received her diploma from Hazel Green High School during a special ceremony on Wednesday.

During the ceremony, Grace became the county’s oldest graduate at 94 years old.

Grace attended Hazel Green High School in Hazel Green, Alabama in the 1940s. She dropped out in 1944 when she was 16 years old to marry her boyfriend.

Shortly after they married he went to fight in World War II.

Even though she dropped out of school, she didn’t stay away from the school system.

“She came back and for more than 30 years, she drove a school bus in Madison County, she served our students and got them safely to school and safely home for 30 years,” Tim Hall said.

“She never ever mentioned regretting anything in life. She would never take it back because she absolutely loved my grandfather and that was just what she wanted to do, but I think this was very important to her,” her granddaughter, Erin Wilson, said.

So, on June 2, with the help of her granddaughter, Madison County Schools arranged to have a special ceremony to honor Grace.

She received a diploma and got to walk across a stage, just like her classmates did more than 75 years ago.

“I feel like I don’t deserve it,” she said. “There’s a lot more people that are much more deserving than me. I’m just doing my job, love it. I love most of it most of the time. Good times!”

Congratulations, Grace! You definitely deserve it! You spent 30 years making sure children got to and from school safely, now it’s time to repay you for your service.