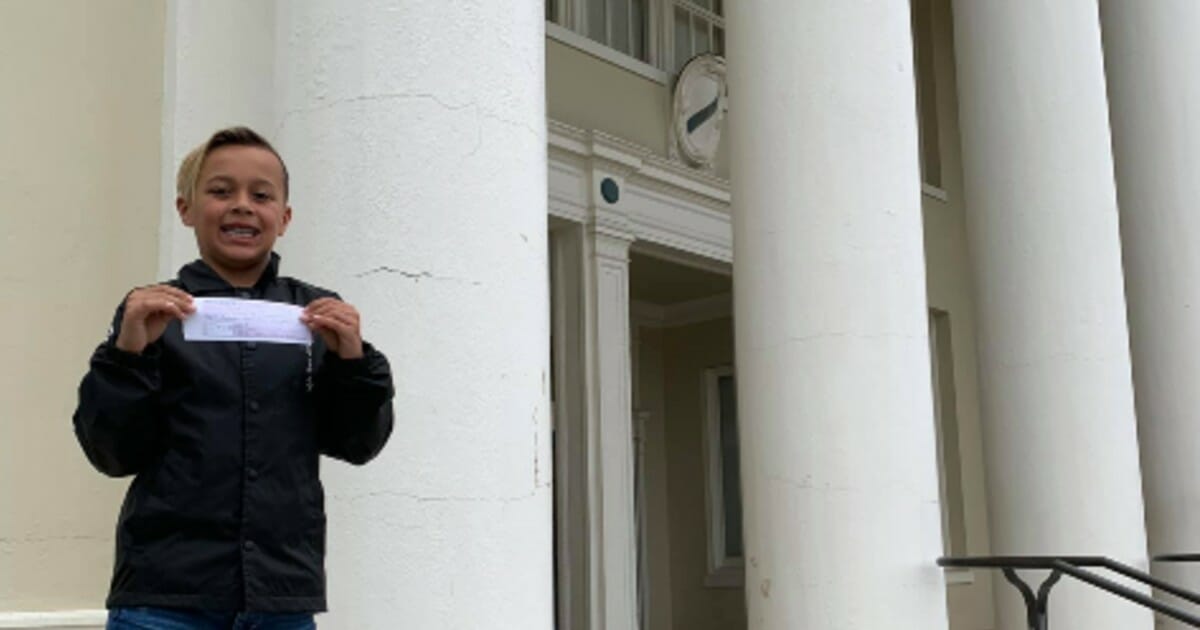 Typically when a child receives an allowance they’ll spend it on themselves, but not Ryan Kyote. After he learned his classmates had unpaid debt he wanted to help them out.

Now the nine-year-old is receiving praise for his act of kindness.

Ryan, a 3rd grader at West Park Elementary School in Irvine, California, got the idea to help others out after hearing a story about a student who couldn’t afford a school lunch because their account balance was low.

“I felt bad for all the kids that didn’t have any lunch,” Ryan told Napa Valley Register. “It’s not fair.”

The nine-year-old wanted to make sure the same thing didn’t happen at his elementary school so he asked his mom, Kylie Kirkpatrick, if she could find out how much money his classmates owed.

Kylie thought it was a “cool idea” and emailed the school district to inquire about any amount that was still owed.

Ryan’s story has gone national!!!We are hoping the culinary powers in our area will join our fight to have all school…

Ryan used his allowance money, which he typically uses to purchase sports gear, and delivered it to the school district.

“This was a very considerate and special donation and the district applauds the efforts of the student who has shown compassion to his school and fellow classmates,” Stacy Rollo, a NVUSD spokesperson said.

California law actually prevents students from being unable to receive a hot meal if they can’t afford it, according to Napa Valley Register. Students at NVUSD elementary schools pay for their meals based on their income, and if they can’t pay they are still given a meal.

After the school year, if parents don’t pay a students’ food service balance, the school district absorbs it.

This was an extremely generous move on Ryan’s part.

It’s even sweeter because he wanted to remain anonymous.