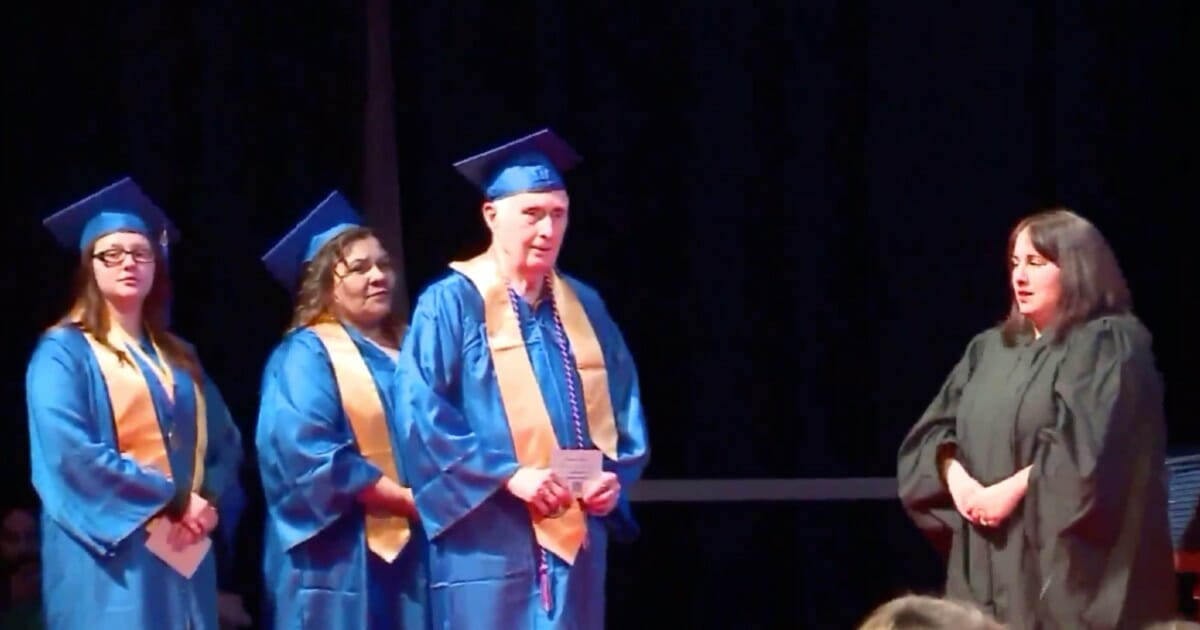 Although Bob Dwyer recently graduated alongside his classmates at Northeastern Illinois University, he won’t be following a similar path as them.

While most of them begin the job hunt or start a career, Dwyer plans on slowing down.

“I’m in the twilight of my life, I have to recognize that,” the 90-year-old told The Chicago Tribune. “I’m going to sit back and relax for a while. School has been a 24/7 endeavor.”

All his life Dwyer was an active and involved man. In 1946, just a few days after his high school graduation he enlisted in the Army and served for one and a half years.

He eventually enrolled in Wright College where he took two years of classes before transferring to Chicago Teachers College so he could focus on becoming a teacher.

“I was interested in grammar school, teaching general education. I enjoyed working with the young people.” 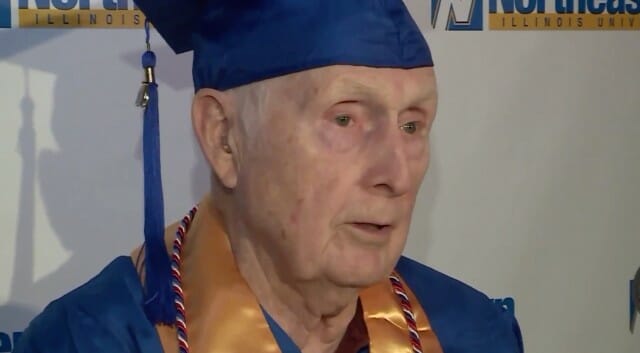 But life didn’t go as planned. He met a woman named Peggy, whom he would later marry. While she would graduate from Wright College, he ended up dropping out of school.

He spent years working in manufacturing before retiring, then Peggy died in 2010. After her death he spent some time traveling and teaching English in Spain and Vietnam, but he wasn’t completely satisfied. He wanted to go back to school and earn his degree. 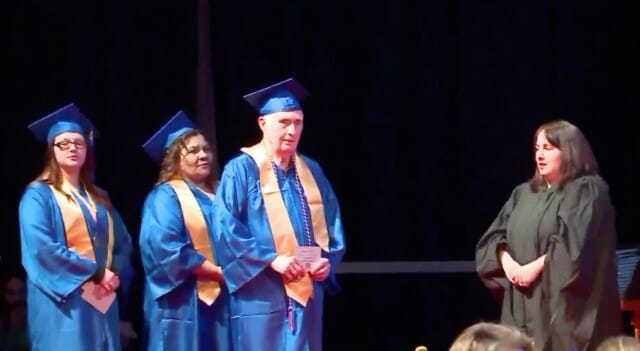 Dwyer enrolled in Northeastern Illinois University and chose to study interdisciplinary studies because he felt he could learn a lot from the variety of courses that were offered.

While he only needed one more years of courses, the 90-year-old decided to spread his classes out over two years.

“I thought I knew a lot of things and I found out there was a lot I didn’t know,” he said. “You have to do a lot of reading and as you get older you just don’t retain information as easily. I had to work a little harder and it took me twice the time, but I got through it.”

Dwyer said the entire experience was a “personal achievement” for him.

“My classmates have been terrific. In the beginning, I think they couldn’t figure out what this old guy was doing there. But they have been kind and asked me how I am and have been supportive, making sure I am keeping up with the work.”

According to records dating back to 1962, when Dwyer walked across the stage he became Northeastern Illinois University’s oldest graduate.

Dwyer’s achievement proves that you should never give up on your dreams, no matter your age.

Even though it took him longer to complete assignments and he may have needed extra time, he worked hard and accomplished what he set out to achieve.

Share this article if you believe age shouldn’t hold you back from accomplishing your dreams.