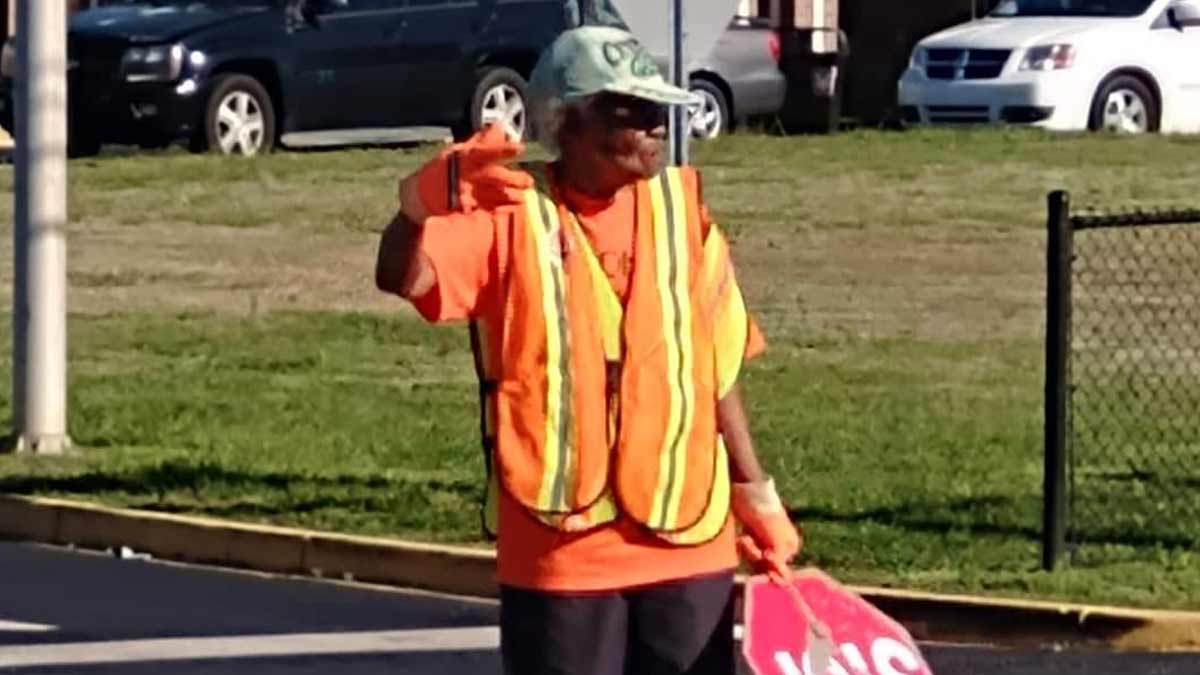 In March 2022, Estella Williams was finally calling it quits.

After nearly three decades, the 95-year-old retired from being a school crossing guard at Westside High School in South Carolina. But months after she hung up her vest for the last time she was back outside the high school ready for crossing guard orientation.

It was meant to be temporary work.

“My son-in-law, he was a policeman then. And he needed somebody, and he asked me if I would help him a few days,” she said in March 2021.

Those few days turned into 25 years.

“I loved getting the kids across the road safely, and that most of the drivers and truckers were courteous and patient with me,” Williams told Southern Living.

Not only did she make friends with the students and their parents, but also with those who drove by on a regular basis.

“Some people would stop even if they didn’t have children going to Westside. They stopped to give me a thank you card with money, just saying thank you for what you do.”

Earlier this year she was recognized for her outstanding service to her community. It was around the same time that she announced she would retire so she could spend more time traveling and being with her family.

During retirement the woman who made headlines for being the oldest crossing guard in South Carolina volunteered for Meals on Wheels, hospice, and the veteran’s hospital.

“That wasn’t enough,” she said.

So when it was time for school to start this year she got her vest and showed up to crossing guard orientation.

Welcome back, Estella! If being a crossing guard is what makes you happy then no one is going to stop you.