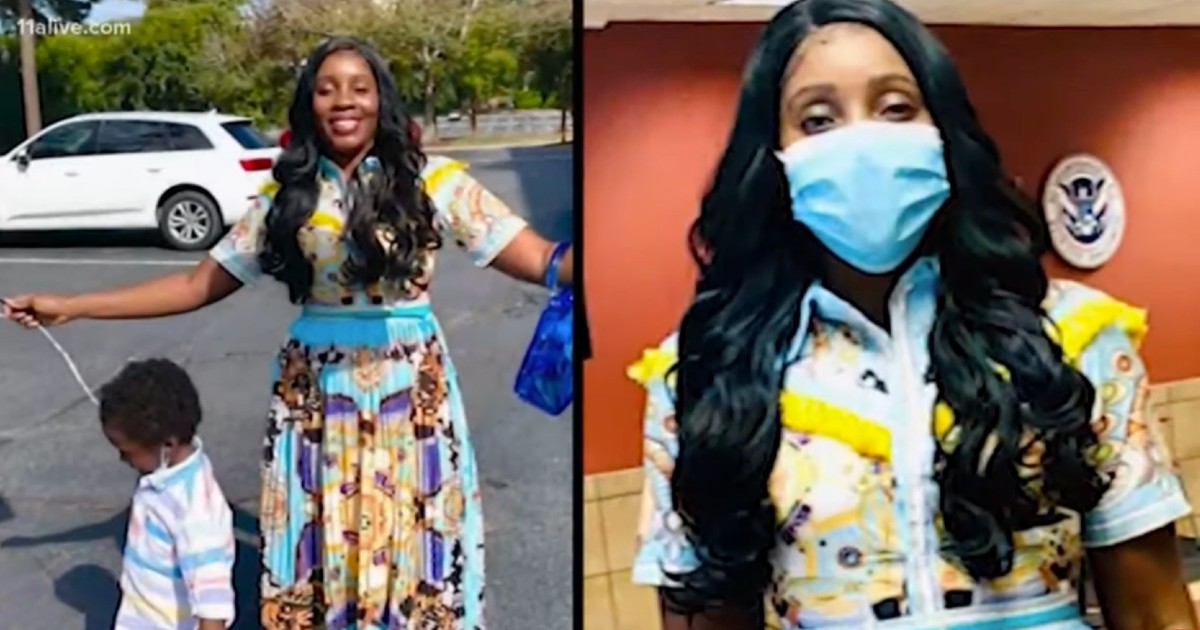 To become a U.S. citizen you must pass an English and civics test. It sounds easy, but according to a 2018 survey conducted by The Woodrow Wilson National Fellowship Foundation, only 1 in 3 Americans would pass the citizenship test.

It might only include up to 10 questions, but how many of you know one promise you make when you become a United States citizen or one American Indian tribe in the United States?

For 20 years, Ballalaine Rose Davies tried to pass the U.S. citizenship test, but each time she came up short. Finally, at the end of September, after two decades, she passed.

Davies, a single mom of a 5-year-old boy, came to the United States as a 2-year-old from Liberia.

Over the course of 20 years she attempted to become a U.S. citizen, but time after time she was unable to pass the citizenship test.

In order to pass the test, applicants must pass an English portion, which consists of a reading, writing, and oral part, and a civics portion. During the civics portion, a USCIS officer asks the applicant up to 10 out of 100 possible questions.

Before she passed at the end of September, Davies had failed five times. Once her situation became so dire that she was almost deported and left homeless, but she never gave up.

On September 23, her hard work finally paid off. She passed, and she was sworn in alongside several other new U.S. citizens from the metro Atlanta area.

While she has a lot of plans for her future, her immediate plans include registering to vote.

“When I sat down and looked at the paper, and I was like, ‘yes, yes!’ That means so much to me because at this moment in society, everyone wants to have a voice,” she told 11Alive.

She also filled out the Census to make sure she’s counted and her community is properly funded.

As for her future plans, her goal is graduate with a degree in cyber security. Now with her citizenship, she will be able to obtain security clearance to “land a suitable job to take care of me and my son, as well reach out in the community and help others.”

“I know that this new chapter will open so many doors for me in the future.”

Congratulations, Ballalaine! All of your hard work has paid off. Receiving your citizenship will open so many doors for you.

Do you think you could pass the U.S. citizenship test? Check out the study questions here, and let us know on Facebook how you did.