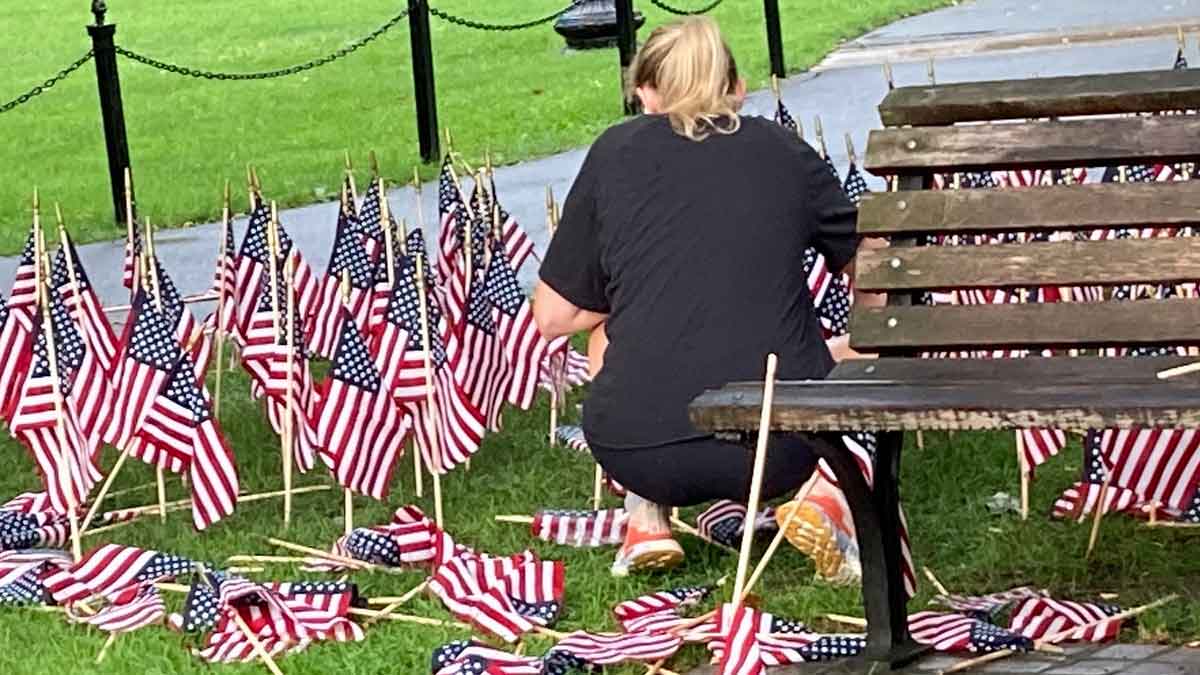 A memorial meant to honor the victims of September 11th has been vandalized, according to Boston police.

The memorial at the Public Garden in Boston had only been in place for a few hours when someone uprooted dozens of small American flags, knocked over trash cans, and removed signs that described the significance of the flags.

On Wednesday, a group of volunteers from Project 351 planted 2,997 American flags in Boston’s Public Garden.

But by Thursday morning the memorial had been destroyed.

Carolyn Casey, executive director and founder of Project 351 and whose brother’s wife was on Flight 11, called the act “heartbreaking and disappointing.”

While it’s believed someone had taken the time to destroy it, as people walked through the park Thursday morning good Samaritans picked up the broken flags and replaced what they could.

Police are currently investigating the incident as vandalism.

It’s so horrible to think that someone would go out of their way to uproot thousands of flags meant to represent each life lost on September 11th. Who does that?