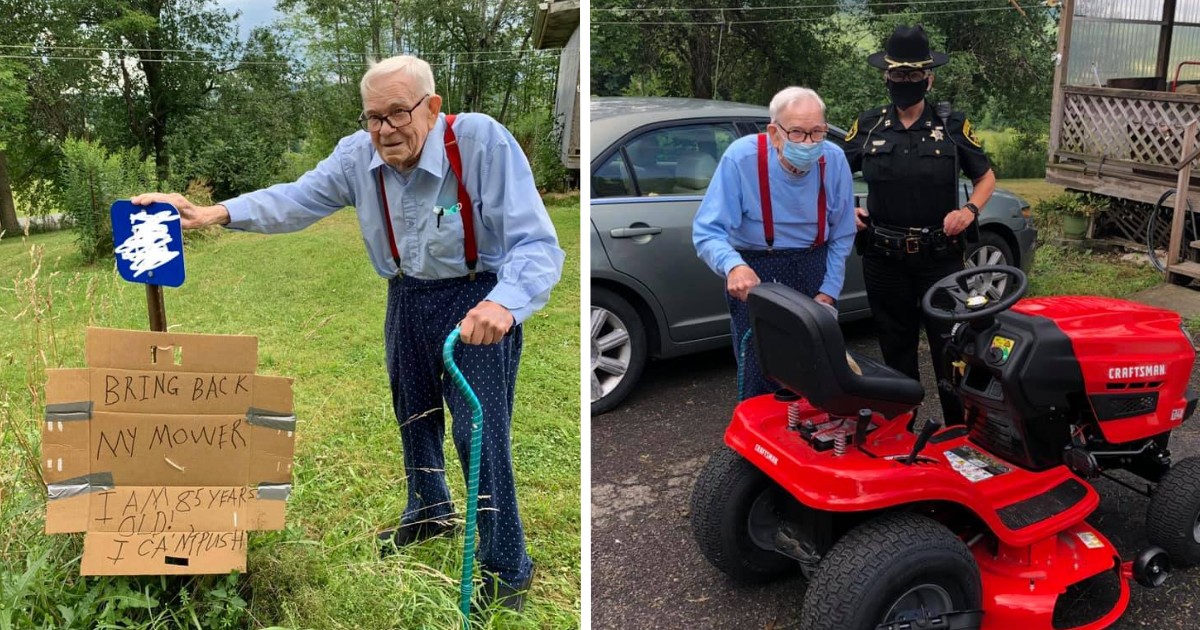 When Gordon Blakeslee realized his lawn mower had been stolen, he didn’t want a new one nor did he want the money to purchase another one. He wanted his old one returned.

According to WBNG, Blakeslee, 85, opted to live with other family members during quarantine than at his home in Harpursville, New York.

But sometime during those few months, his 2009 red Craftsman lawn mower was stolen.

“That was something that was precious to him, everything that he has, has value to him,” Candace Blakeslee, Gordon’s daughter-in-law, said.

Determined to find his lawn mower, Gordon made a sign and posted it in his front yard.

Candace shared a photo of him on Facebook in hopes that someone would come forward with information or the lawn mower, but after nearly a week they had no luck.

Although Gordon insisted he didn’t want a GoFundMe or a new lawn mower, kind strangers couldn’t help but wonder how to help him once his story hit the local news.

The following day Candace had an exciting update to share. An anonymous donor purchased a brand new Craftsman lawn mower for Gordon. While it may not be a 2009, it’s the same model.

The Broome County Sheriff’s Office dropped it off at his home.

And it looks like he’s grateful for the extremely kind gesture.

“Beyond grateful for the love, generosity, and compassion by so many. Wow….overwhelming,” she wrote.

How amazing is that? It hurts my heart that someone would steal from an 85-year-old man, but it fills my heart with joy that someone else purchased him a new lawn mower.