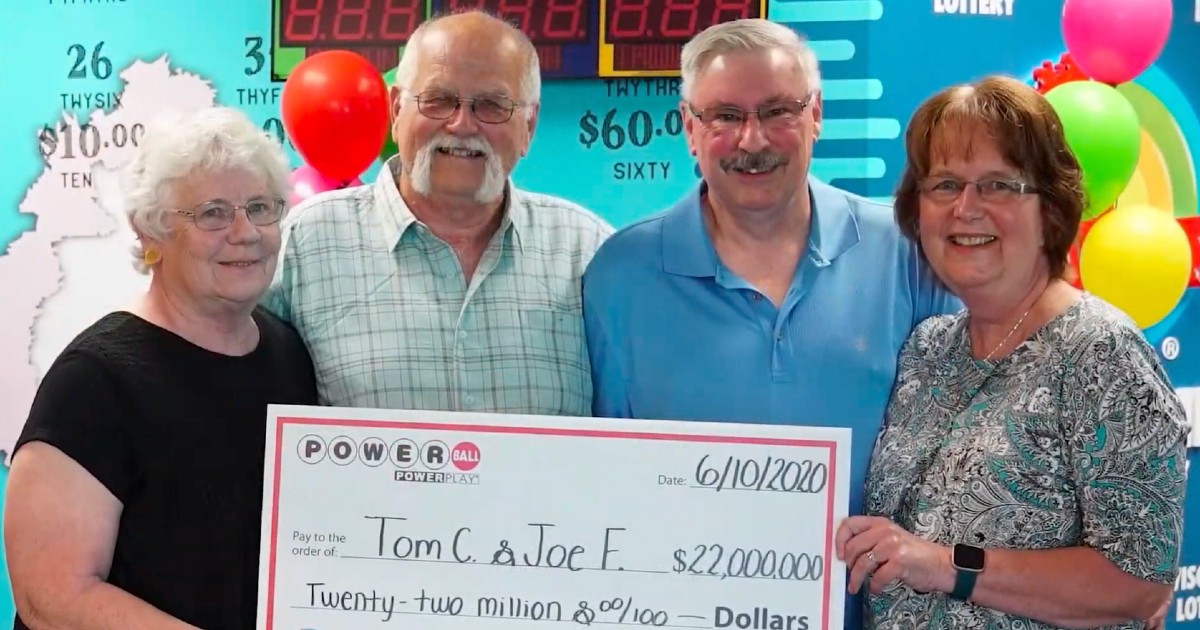 Have you ever jokingly promised a friend or family member that if you won something you’d share the winnings?

Two friends in Wisconsin made a promise to each other nearly 30 years ago that if either one of them ever won the Powerball they’d split the money.

Well, one of them recently purchased the winning $22 million Powerball ticket, and now both are millionaires.

In 1992, Thomas Cook and Joe Feeney promised each other that if either one of them ever won the lottery they’d split the winnings. It didn’t matter who bought the ticket, they’d each make out with the same amount.

They shook on it, and that was that.

Twenty-eight years later Cook learned he purchased the winning Powerball ticket, and one of his first calls was to his longtime friend, Feeney.

“He called me and I said, ‘are you jerking my bobber?,'” Feeney said.

He wasn’t kidding. The two men were brand new millionaires. After choosing the cash option, they received about $5.7 million.

While Feeney was previously retired, Cook immediately called his place of employment to give them his two weeks’ notice.

Even though they both decided decades ago that they would split the jackpot, it seems like they never discussed what they would do with all of the money. Neither have any big plans, but say they plan to spend more time with their family.

We can pursue what we feel comfortable with. I can’t think of a better way to retire,” Cook said.

Congratulations to both men!

Would you have kept a promise for that long, and would you have honored it? That’s certainly a friendship worth keeping!