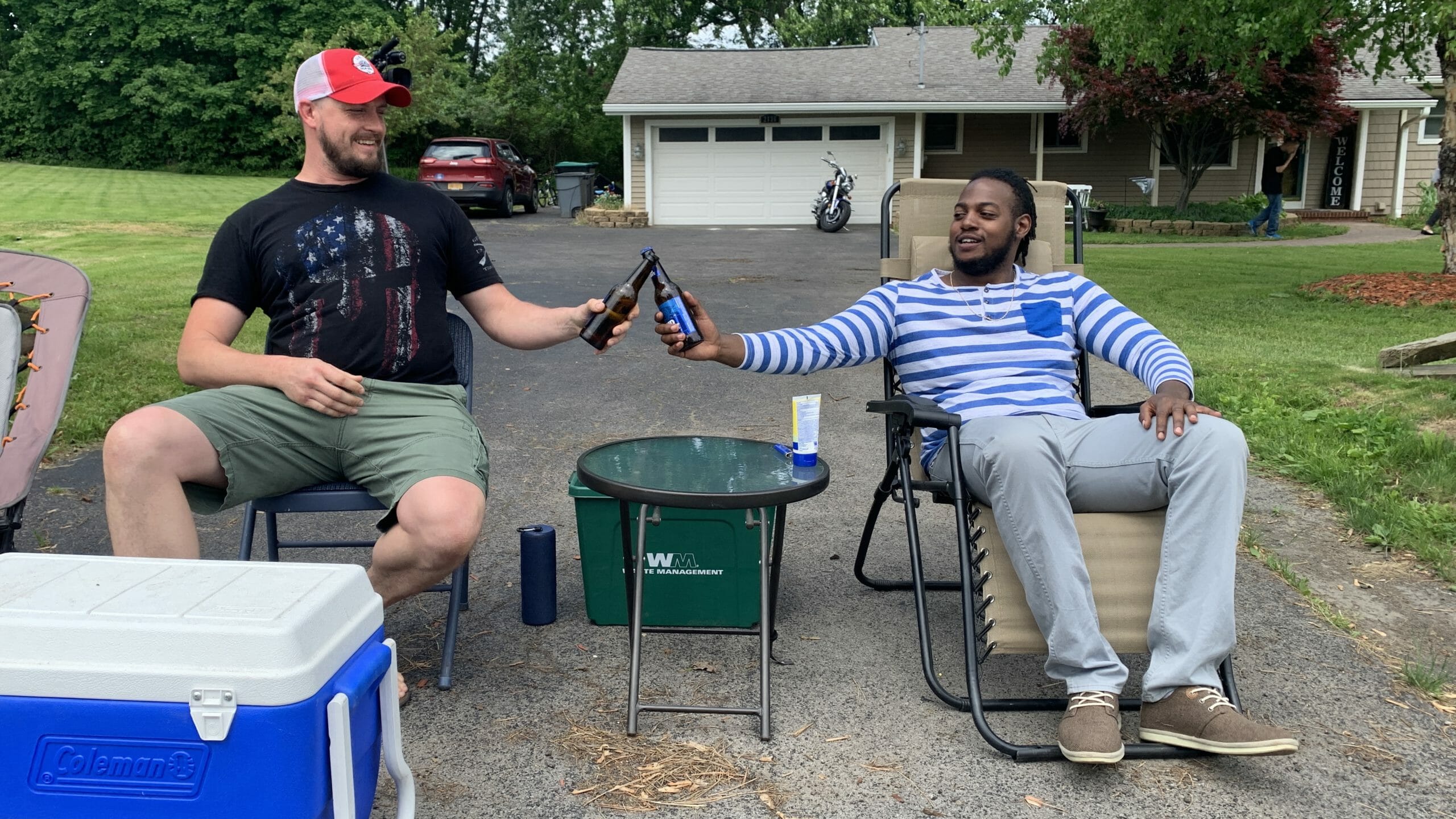 It’s not news to anyone that things are very difficult right now. On top of the pandemic, the killing of George Floyd and other black individuals has prompted outrage, protests and a difficult conversation about racial discrimination all over the world.

As things escalate, we often only see the ugly side of things, the violence and confrontation. But at the same time many people of different races are coming together to have open and honest conversations about these issues.

And as two friends prove, the best way to start is with a beer.

Benjamin Smith and Marcus Ellis met a few years ago building cell phone towers together, and have been “best friends ever since,” they tell WRIC.

They became best friends despite their different backgrounds: Benjamin is a white former US Marine, Marcus is a black man from Long Island.

Still, they get along great and enjoy each other’s company.

“He’s my Robin,” Marcus told WRIC. “Batman and Robin, exactly what it is … I think we’re just goofy, silly, we love to have fun and don’t care what people say.”

Another thing they have in common: like so many people around the world, they were both devastated by the killing of George Floyd.

“I fought for a free America, a just America,” Benjamin said. “When I heard about the George Floyd incident, it really really upset me. That’s not what I fought for.”

As protests began around the country—including in their own city of Rochester—the two men decided to their own demonstration to call for change:

They had a beer together… and asked the community to join them.

“Black or white, relax and have a beer,” road signs read, as the two sat in lawn chairs outside Benjamin’s home in the Pittsford suburb.

They invited locals to join them for a drink. The goal was not to ignore or discourage the conversation about race going on, rather they hoped to open up the discourse by offering a friendly common ground for all races.

“I came out black, he came out white, let’s have a beer,” he added. “Alcohol brings people together, and we like to smile and laugh, so it’s perfect.”

Of course beer alone won’t solve all of our country’s problems and divisions regarding race, but it’s a start… and proof that people can come together and form a real bond no matter what they look like.

“I’m equal, just like you. I bleed, you bleed, I breathe, you breathe,” Marcus said. “This is the proper way of doing something. unite, come together as a whole.”