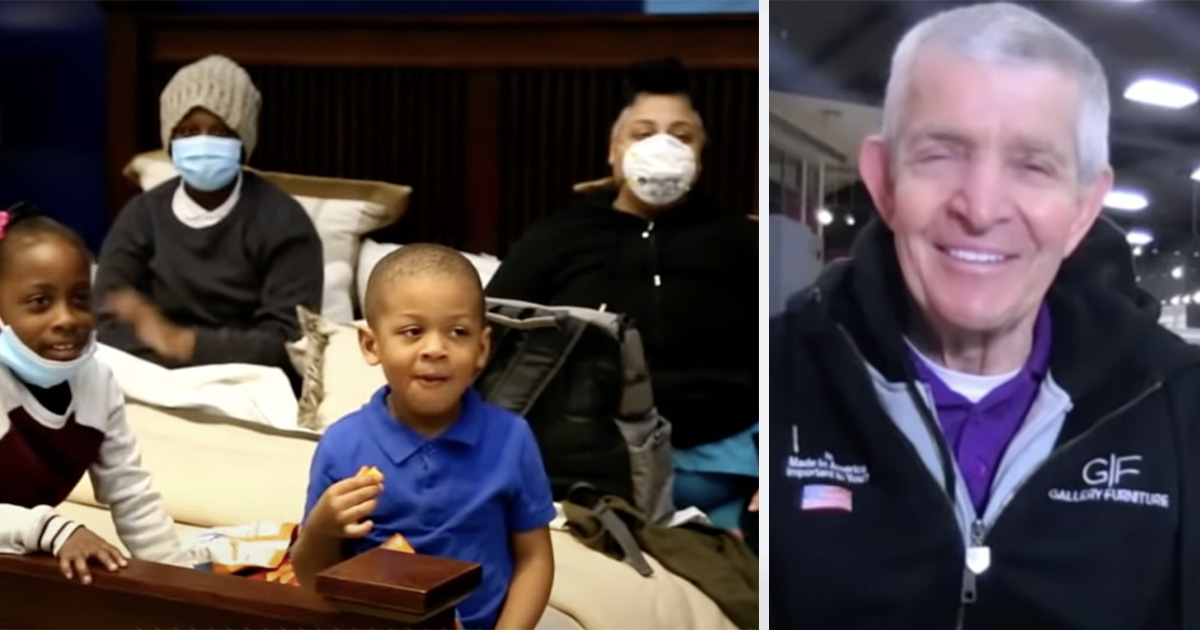 While millions of homes are left without power during a historic winter storm in Texas one businessman is offering lifesaving shelters to help those in need.

The deadly winter storm hit the state last week leaving 3 million residents without power and many without running water.

The state’s power grid, isolated from the rest of the country, failed to meet demand when record-breaking low temperatures hit the south central state.

With reports of people huddled in their cars to stay warm and even burning furniture, one businessman is opening up his company’s doors to help those in need.

Houston furniture store owner Jim “Mattress Mack” McIngvale is well known in the state for his commercials where he appears dressed in a mattress but over the years he’s also made a name for himself turning his showrooms into lifesaving shelters.

In 2005 he helped those who fled Hurricane Katrina in New Orleans, Hurricane Harvey in 2017 and Tropical Storm Imelda in 2019.

Now he’s doing the same for his fellow Texans.

“The logistics are a little hard, but we’re making it work,” Jim said, as per the Seattle Times. “The main thing is to get people out of the cold.”

Residents are turning up in droves to use Jim’s beds and sofas in his Gallery Furniture showrooms, enjoy a hot meal, and even watch a movie on his big screen TVs.

“In times of crisis, we need to set aside our differences and come together to help each other,” he said.

Since Tuesday, about 350 people a night have taken him up on the offer at two of his three stores, while up to 800 have come in each day to warm up and get coffee, snacks or a meal in the cafeteria, as per the Seattle Times.

He’s even brought in some portable toilets and paid for meals to be delivered to the needy residents who are overwhelmed by the service he’s providing.

Felicia Maten said when she showed up with her daughter and mother after the pipes burst in their home she said she was moved to tears.

“They fed us roasted chicken, rice and beans, fruit and coffee,” she said. “It was like an answer to our prayers. There’s such a wonderful feeling here — it’s been like going to my grandparents’ house.”

Jim and his staff wear masks and make sure those who come through his doors also have masks and practice social distancing while he and his workers hand out blankets, sweatshirts, doughnuts and bags of chips and bottled water.

“It’s bitter cold out there, but it’s warm inside,” he said. “When it comes down to it, Texans will step up and get through the storm together.”

While the state’s leaders have many questions to answer on why so many of their residents are suffering through this cold snap, ‘Mattress Mack’ is the hero of the hour.

When this nightmare is over I hope he gets the recognition he deserves.

Help us thank this incredible human being by sharing this story.