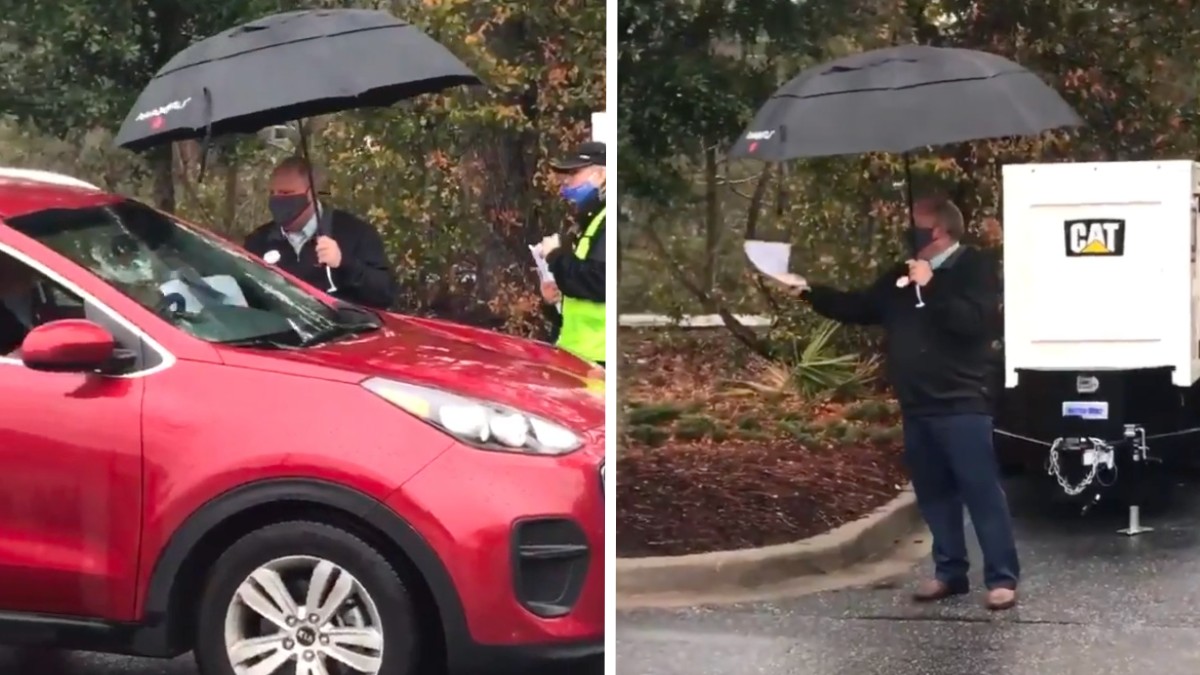 Vaccine distribution has been a mess across the country.

Between people not being able to get appointments to long lines and waits at vaccination centers, it’s a wonder how enough people will ever be able to get the vaccine in order to get the pandemic under control.

But do you know one place that often has long lines, but a remarkably short wait? Chick-fil-A.

That’s why when a vaccination center in South Carolina experienced a major disruption in the distribution the town’s mayor called the manager of the local fast food chain.

Recently a drive-thru vaccination clinic in Mount Pleasant, South Carolina experienced a computer glitch which caused a backup of about an hour.

Mayor Will Haynie called Jerry Walkowiak, the manager of the town’s Chick-fil-A, to assist with the drive-thru.

“I had said that what we were essentially doing was reinventing the Chick-fil-A drive-thru,” Haynie told The Post and Courier.

It wasn’t long before Walkowiak was able to get the hour-long wait down to 15 minutes.

Haynie shared a video of Walkowiak directing traffic, and to his surprise it went viral. But not for the reason he would have expected.

“You would think the story would be that we’re not only blessed to have the vaccine before many people get it, but you can get it in a drive-thru line from the comfort of your car. But no, the story is that the people who sell chicken sandwiches were running that line.”

Chick-fil-A is known for having a speedy drive-thru, who knew they’d be able to use that knowledge and assist with a vaccination clinic!