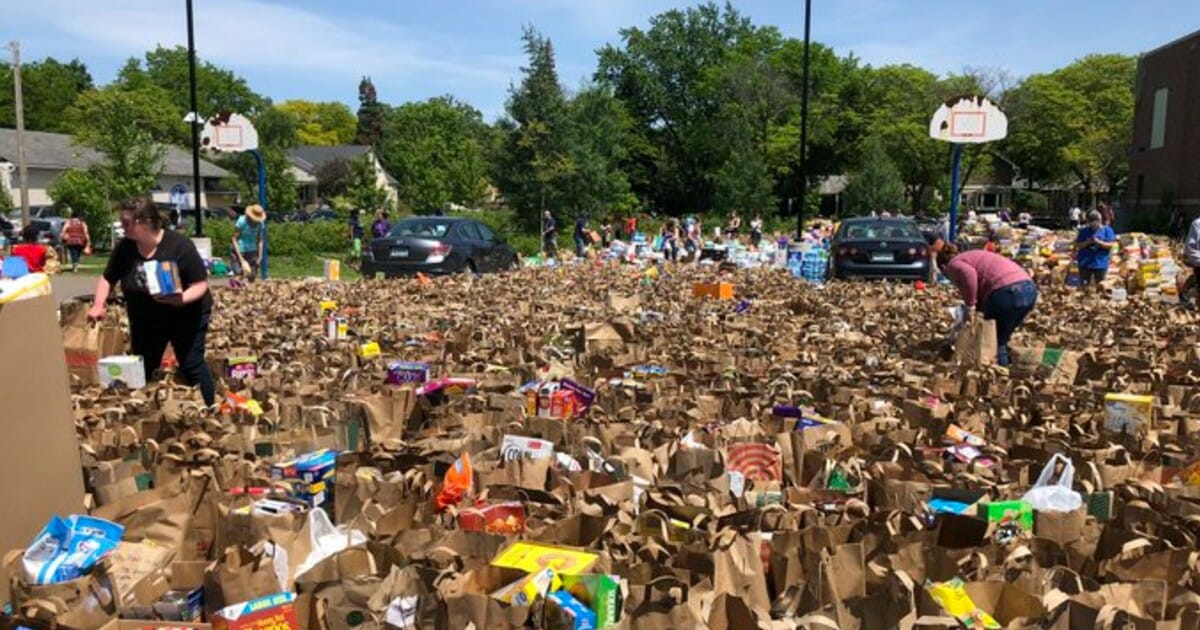 After several days of violence left many stores in Minneapolis partially or completely destroyed, residents stepped up in a big way to help those who rely on the businesses that were damaged.

Sanford Middle School in Minneapolis put out a call for help when a food desert, area where it’s difficult to purchase food, was created as a result of the destruction.

The school asked for 85 meal kits, but they received so much more.

“The line of cars bringing donations went for blocks and blocks in every direction from the school. And they just kept coming,” Amy Nelson, the middle school’s principal told CNN.

And it was a good thing that not only did the immediate community step up and donate groceries, but so did people from out-of-state.

And it wasn’t just people donating groceries, dozens helped to hand them out.

Although due to the curfew, the food drive had to end before all the donations were handed out the remaining food was donated to the Sheridan Story, an organization that helps fights child hunger.

“We live in a great city, and we have people who want to help,” Nelson told WCCO. “The response has been overwhelming in a very positive way.”

I hope this continues.