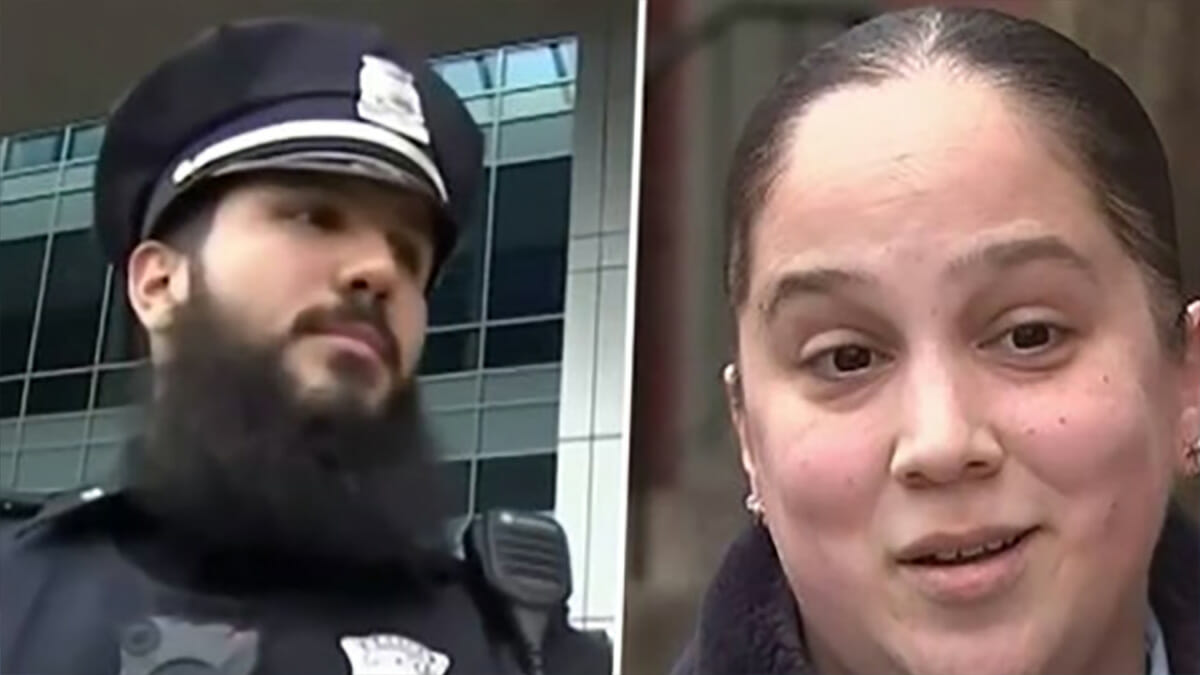 Millions of families in America already struggle to put food on their table before the global pandemic put all our lives at risk, now more families are even more fearful of their future finances.

One single mom working on the front line at her local airport not only struggles to pay for her groceries each week but now fears what will happen to her children if she gets the virus.

The 37-year-old mom of three decided to stock up on extra groceries so her family would have enough food during the lock down. Instead she found herself crying outside her local supermarket in Boston after her card was rejected.

Thankfully good Samaritan and front line worker himself Ben Peguero saw her and wouldn’t leave her side until she told him what the problem.

The Boston police officer had just finished his shift when he saw Jennifer Velazquez sobbing on the pavement.

When Ben found out what had happened he knew he had to help. He took her back into the store and paid her $225 grocery bill.

Velazquez works at the airport, working in a high-risk environment amid the global outbreak. She told Boston25News: “My job is my only source of income. One of my biggest concerns was [my kids] don’t have enough to eat when I’m not there.”

Jennifer was overjoyed at big-hearted Ben’s actions and really wanted to give him a hug, despite the current social distancing rules.

Ben told NBC Boston: “I felt bad for her and I’m just glad that I was in a position to help her, honestly. What really brought me to be a police officer – I enjoy helping people. I really get satisfaction out of it.”

Ben is not only giving back to his community every day in his work and personal life but all while putting himself in harm’s way. He’s a true hero.