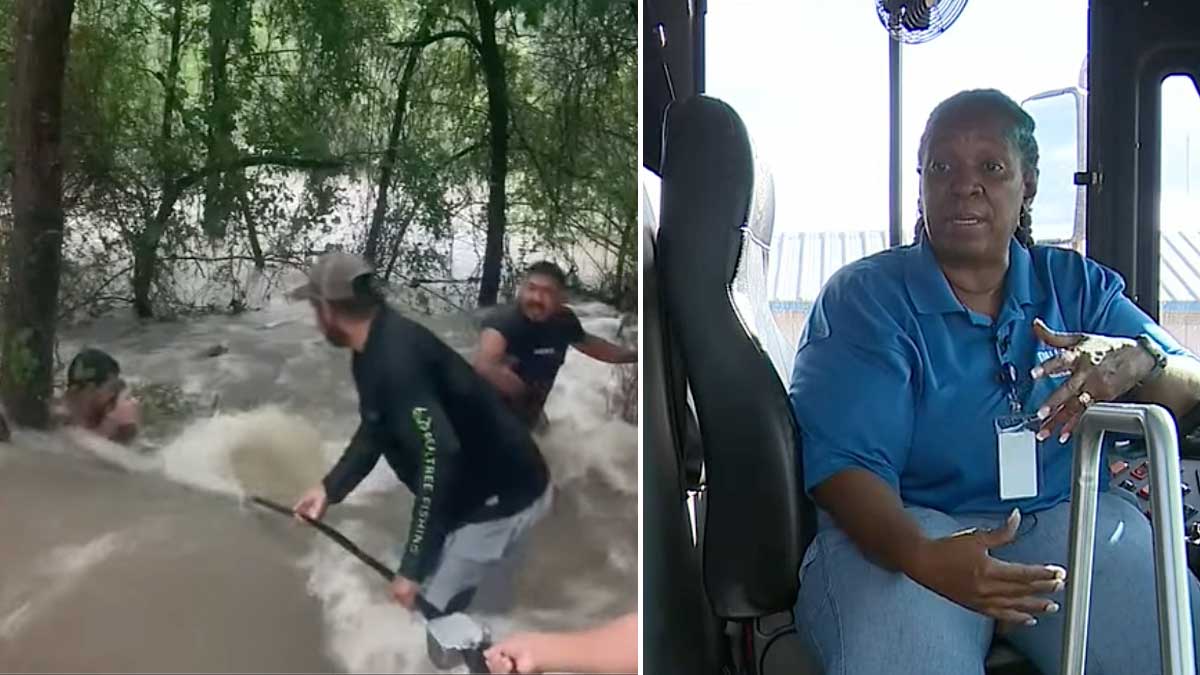 Record rainfall that fell between Sunday and Monday afternoon in the Dallas-Fort Worth area caused by what many have called a 1,000 year event caught many off-guard.

Countless high-water rescues were performed including one by a school bus driver and bus monitor who for whatever reason took a different route on that particular day and came across two children who had been swept away in the floodwaters.

“It had to be God to send me that way because I don’t normally go that way,” Simone Edmond said.

Edmond and Tekendria Valentine, the bus’ monitor, were out in Dallas County on their way to pick up a student who had missed their bus earlier that morning.

Again, the student didn’t show. But then they came upon a frantic scene.

The spotted two children, trying to stay afloat and hold on as floodwaters attempted to sweep them away.

As the children’s mother ran outside with a baby yelling for someone to call 911, their father tried to save them.

Edmond said they called for help, but realized they didn’t have time to wait.

Although Edmond and Valentine had only been working together for the past two weeks, they put their heads together and quickly came up with a plan.

Since their bus was for special education students, it was equipped with removable seat belts.

“…maybe we can tie the seat belts together and, you know, like help them,” Valentine said.

The two removed several seat belts, tied them together, and with the help of several neighbors pulled the kids to safety.

The harrowing rescue was caught on camera.

And what’s more incredible is neither Edmond nor Valentine know how to swim.

“That’s the thing, we don’t know how to swim and we were like taking a chance ourselves.”

Since neither were meant to be in that exact place on Monday, they truly believe a higher power placed them there to help the family save their children.

“Like I said, it had to be God to send us that way and to make us think because we knew they needed help.”

Simone and Tekendria are heroes! Who knows how or why they ended up crossing paths with this family that was in desperate need of help, but I’m so glad they did.

Please share this story to thank both of them!