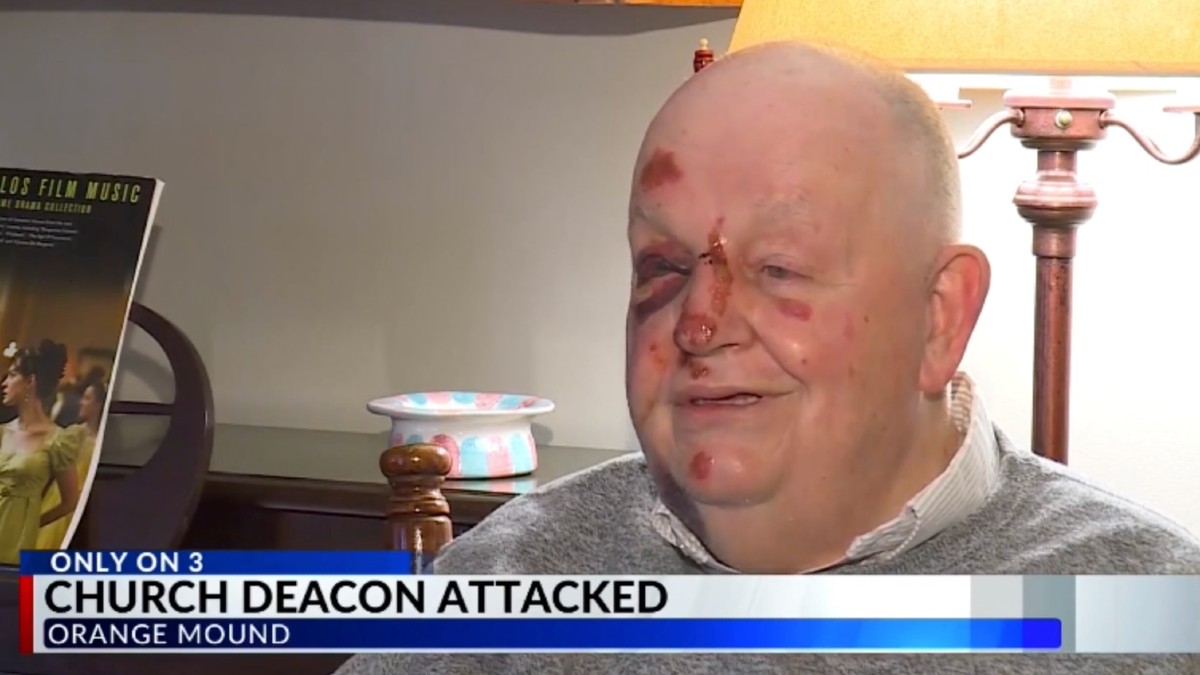 Walter Bolton is recovering from a brutal attack and carjacking that left him badly bruised, and while most people might still be holding a grudge several days after the attack, Bolton said he has forgiven his attackers.

“I’ve been telling everybody to pray for the young men, to ask the Lord to forgive them, which I know that he will.”

Bolton, a 73-year-old deacon at St. John Catholic Church in Memphis, Tennessee, was locking up the rectory around 3 p.m. when four teens began walking towards him.

“One of them yelled out to me, ‘Sir, do you need any help?’ Of course, I immediately told him, ‘No, I don’t need any help,’ ‘cause I knew what that meant. So I turned around to go back into the rectory and when I did, one of them came running up, grabbed me and threw me down the stairs,” he told WREG.

His face hit the pavement and while he lied on the ground, the teens took his keys and stole his car.

The teens crashed the vehicle just a mile down the road, and thankfully, police were able to apprehend three of the teens.

Even though Bolton has every right to be angry and upset, he’s preaching forgiveness. Perhaps it’s a lesson we can all learn from.

Would you be able to forgive someone who attacked you and then stole your car?