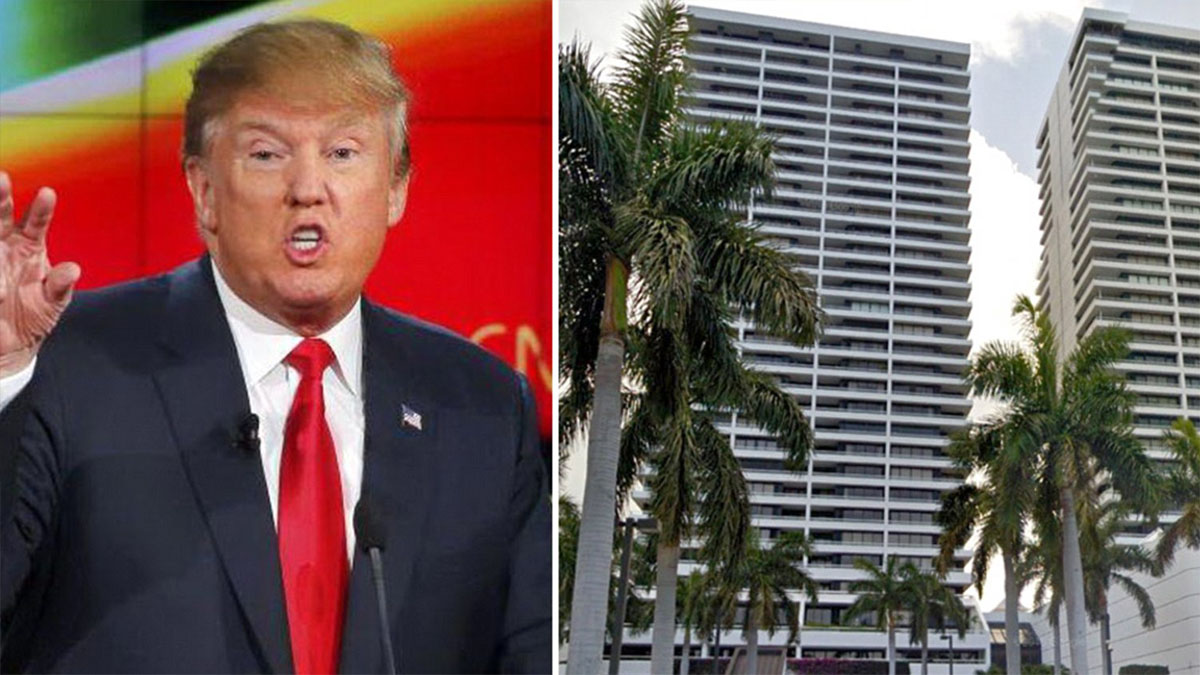 A Florida condo complex called Trump Plaza has voted to change its name after the violent attack on the U.S. Capitol.

Street-level signs for the building had already been removed following protests over the death of George Floyd a Black man who died at the hands of Minneapolis police officers.

Condo officials took down the signs from the Mar-a-Lago building “for your safety,” management told residents in an email.

Now the Trump Plaza board has voted unanimously in favor of removing the legal name of the twin tower complex which sits just across the streets from the former president’s home.

Despite Trump not owning the building since 1991 the board had previously decided to keep his name attached believing it was an asset.

But following his presidency and the insurrection at the U.S. Capitol on January 6, that view has changed.

Thousands of pro-Trump supporters descended on the Capitol building to voice their opposition toward the election result. Their protest turned into a violent attack which left 5 people dead and more than 40 police officers injured.

“It has been a long time coming. Most of us are relieved that the name will finally be off the buildings,” a condo owner told The Palm Beach Post.

Realtors in the area also support the move as they believe the Trump name is no longer an asset.

“The Trump brand is damaged, so rebranding the complex is a wise move,” said Burt Minkoff, a real estate agent with Douglas Elliman on Palm Beach, to the publication.

In February, residents are due to vote on a new name for the complex, where apartments go for between $1 million to over $4 million.

On the day President Joe Biden was officially sworn into office Trump flew to the sunshine state to declare it his new home, even setting up an ‘Office of the Former President’ there.

Trump’s arrival has been met with a mixed response from the locals, with some welcoming him with flags and cheers and others contacting lawyers saying they don’t want him there claiming an agreement Trump signed prohibits him from making Mar-a-Lago his full-time home.

Do you think the Trump name is now tainted? Please comment below and don’t forget to share this story.