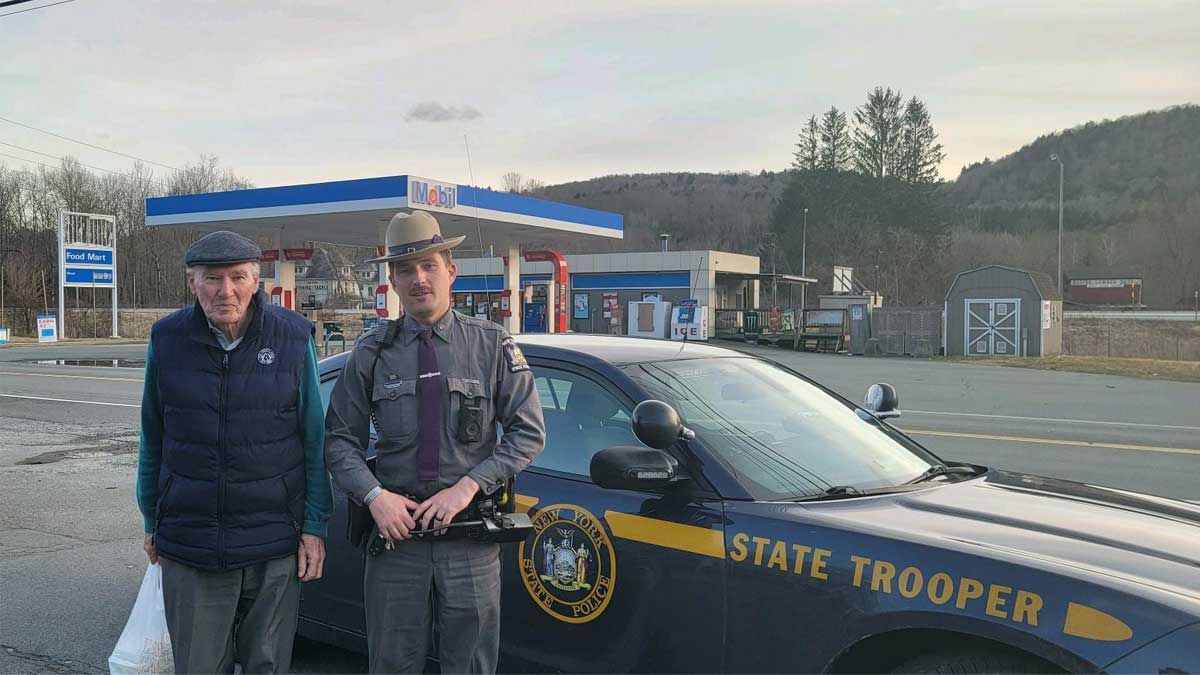 It sounds very similar to when Kevin got left behind in Home Alone, but this unfortunate incident actually happened in real life. And if it wasn’t for the kindness of a New York State Trooper, who knows what could have happened.

A family was traveling through New York Monday when they stopped at a rest stop along Interstate 81 in Whitney Point. Once everyone went to the bathroom and stretched their legs they got back in the car and continued their journey.

Little did they know that they were missing one person.

Meanwhile Trooper TJ Conklin was called to the rest stop to check on the welfare of an elderly man. When Conklin investigated, he learned that the man had accidentally been left behind when he got out of his family’s vehicle to stretch his legs.

To make matters worse, he didn’t have a wallet or phone on him. So Conklin got to work.

According to the New York State Police, Conklin tried looking up the man’s family online, but every phone number he found was a dead end. Finally, he got in contact with someone who lived out of state who contacted the people who had been traveling with the man.

They were three hours away.

“They had just realized that he wasn’t sleeping in the backseat where he had left his jacket over some baggage,” the NYSP wrote on their Facebook.

Rather than the family backtracking, Conklin and the elderly man met the rest of his family in Roscoe, NY where they all shared a meal together.

Thankfully this story did not have a tragic ending.