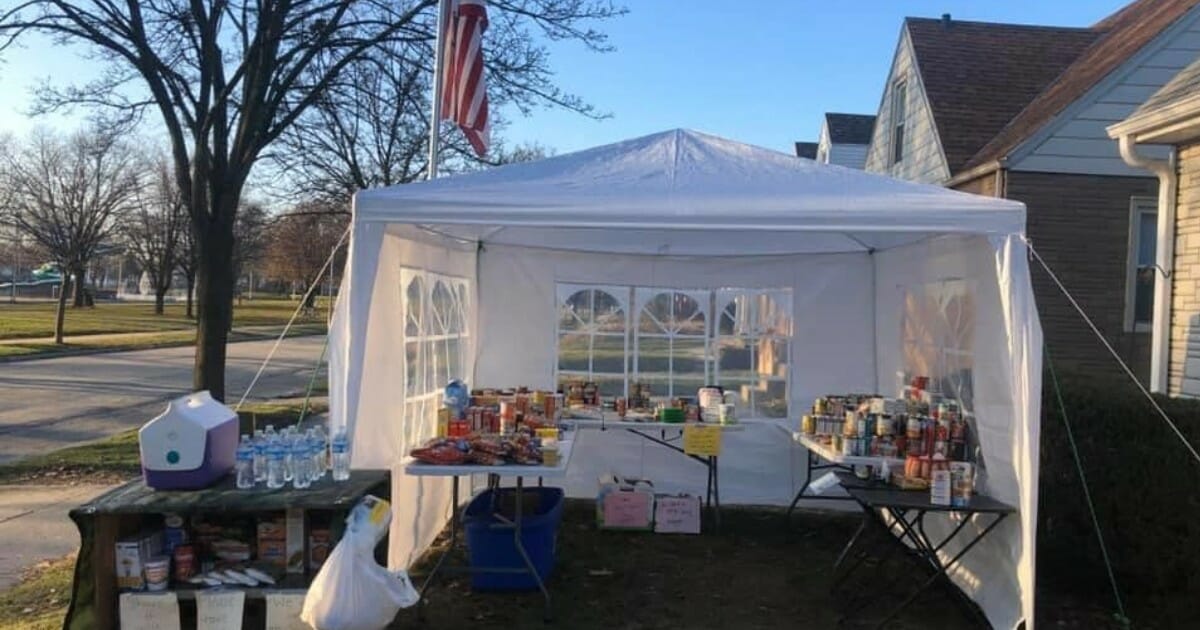 As the number of coronavirus cases continue to rise, many have begun to seek alternative ways to shop for groceries because going into a every week no longer feels safe.

Don Gall was on a walk with his daughter, Dana, and granddaughter, Julia, when they came across a Little Free Library that had been converted into a mini pantry.

And that’s when Don got an idea for how to help his West Allis, Wisconsin community.

“We came home and my wife (Terry) and I and my daughter were talking and we said, ‘hey, maybe we can do something, maybe something a little bigger,’” he told Milwaukee Journal Sentinel.

“I basically went out to the garage and took the nativity manger, or the thing we put the manger underneath, and we decided to put food in there.”

The Gall family set up a mini pantry in their front yard and stocked it with non-perishables. They didn’t ask for money. Their only request was that if you could give something they and the community would appreciate the donation.

In fact, it was so overwhelming that they had to upgrade the pantry from a small hut to a large party tent.

Not only have people been coming to take food, but plenty have donated food and money to the Gall family.

A local business donated 100 Hershey bars, something Don said was a great way to add a sense of normalcy for kids at home. And he recently found $150 in his mailbox along with a note to use the money to buy more food for the pantry.

As the pantry continued to grow, so did the different kinds of goods the family offered.

Unfortunately, in the beginning of April someone complained to the health department and while the Gall family weren’t ordered to close their pantry, they did have to make some changes.

How long will they keep the pantry open? Until the governor’s safer at home order has been lifted, which is currently in place until April 24.

If at that time they have any leftovers, they plan to donate them to a local food pantry.

Thank you Gall family for your generosity! You are an inspiration to not only your community, but to our country.

Share this on Facebook to inspire others to lend a helping hand when they can in these uncertain times.