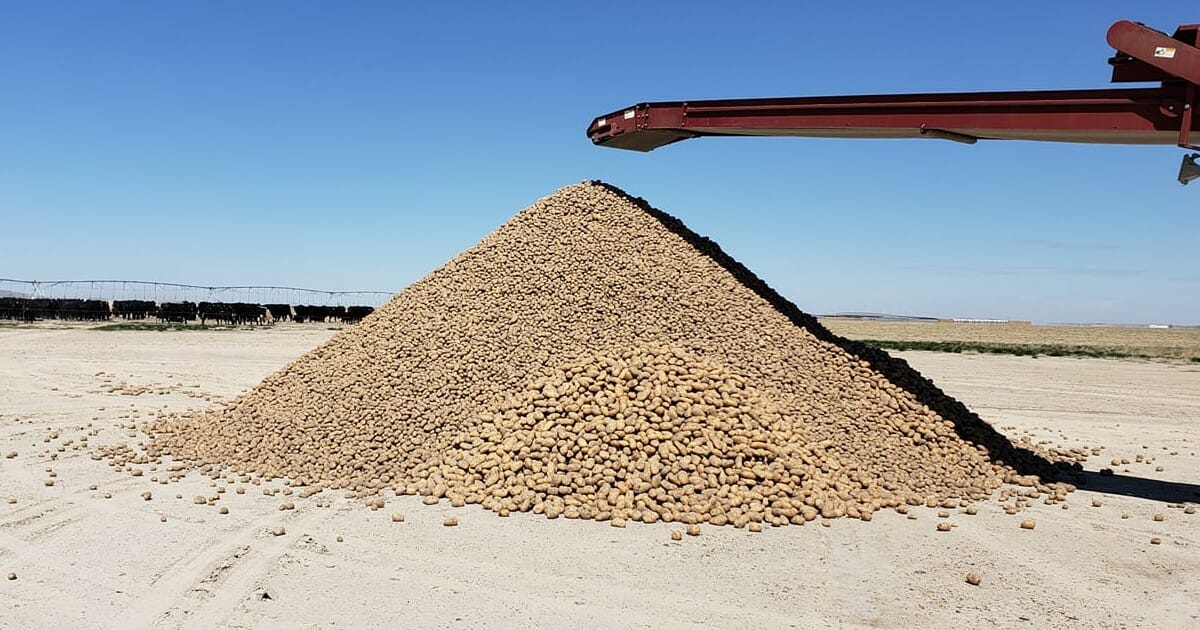 Farmers all around the world have been forced to dispose of crops and products due to a sharp decrease in demand due to the coronavirus crisis.

Jim and Katie DiGangi, who run Darlington Ridge Farms in Wisconsin, have been forced to dump 20,000 gallons of milk a day and have called the extreme measures “completely devastating.”

Dairy farmers aren’t the only ones suffering. Potato farmers are also having a tough time finding a place for all their crops.

Cranney Farms, a 113-year-old farm in Oakley, Idaho is one of many farms that’s had to deal with unused crops. With nowhere to sell approximately six months worth of crop, Ryan Cranney, CEO of Cranney Farms, came up with an idea.

“I just felt like it could be something to maybe give back to the community. I know people are struggling financially with the shutdown of the economy,” he told KTVB.

Cranney dumped the 2 million potatoes and advertised them on Facebook. Their only requirement was that people practice social distancing.

People arrived by the dozens. Cranney estimated that at times there were 20 to 30 vehicles of people gathering potatoes.

Within hours, the pile of potatoes dwindled down to nothing, and while Cranney no longer has to worry about that particular pile of potatoes, he’s concerned about the future.

Since a lot of the farm’s potatoes go to restaurants, he’s concerned what the rest of the year will look like.

“That’s just taking a total beating. Food service numbers are down, restaurant business down maybe 80 to 85% down in some places,” he said. “Unfortunately, there may just not be enough demand and eventually some of them are going to end up going for either cattle feed or be dumped.”

While the future might be difficult for everyone, Cranney is glad he could lend a hand to those in his community now.

I hope more farmers are able to do this with their unsold crops. There are so many people and organizations that are struggling. We all need to help each other out.