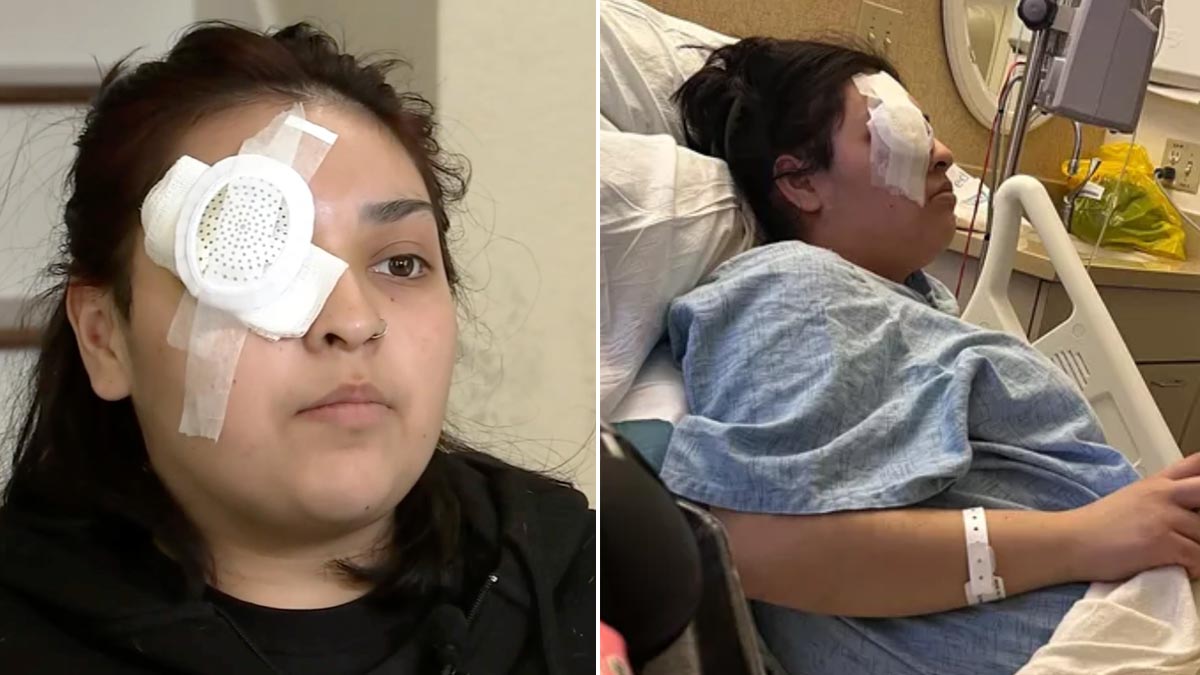 Last weekend a 19-year-old assistant manager of a California fast food restaurant stepped in to defend a teen with special needs. Her efforts were met with a brutal attack.

As a result she lost her right eye.

“When he punched me, it kind of caught me by surprise,” Bianca Palomera said.

The attack occurred November 12 while Bianca was working at The Habit Burger Grill in Antioch, California. She noticed a group of men bullying a teen who was related to a coworker.

Her manager asked if she could approach them and tell them to leave.

What should have been a simple conversation turned into a vicious assault.

One of the men went after her not once, but twice. The second punch caused irreparable damage.

According to a GoFundMe set up to help with medical costs, Bianca was rushed to a trauma center where she underwent surgery to save her right eye.

Unfortunately the surgery was unsuccessful.

While Bianca begins her road to recovery, her family is hopeful that someone knows the group of men who caused Bianca harm.

“It is an outrage that not only a man put a hand on a female. But to the degree it went to and the amount of damage it caused,” her sister Erika Palomera wrote on Facebook. “She was only trying to do the right thing and stop a special needs person from being bullied”

Along with a lengthy post describing the horrific attack, Erika shared surveillance video and screenshots of the suspects and asked for the public’s help with identifying those involved.

Despite losing her right eye, Bianca has managed to keep a positive attitude.

“Things may happen and not work out the way you want, at least I feel good that he wasn’t harmed. I think it would have been a lot harder on him if he was the one that was attacked.”

This makes me so angry. How can someone punch another human being, who was defending another person, so hard that it causes them to lose their eye?!

Justice must be served!