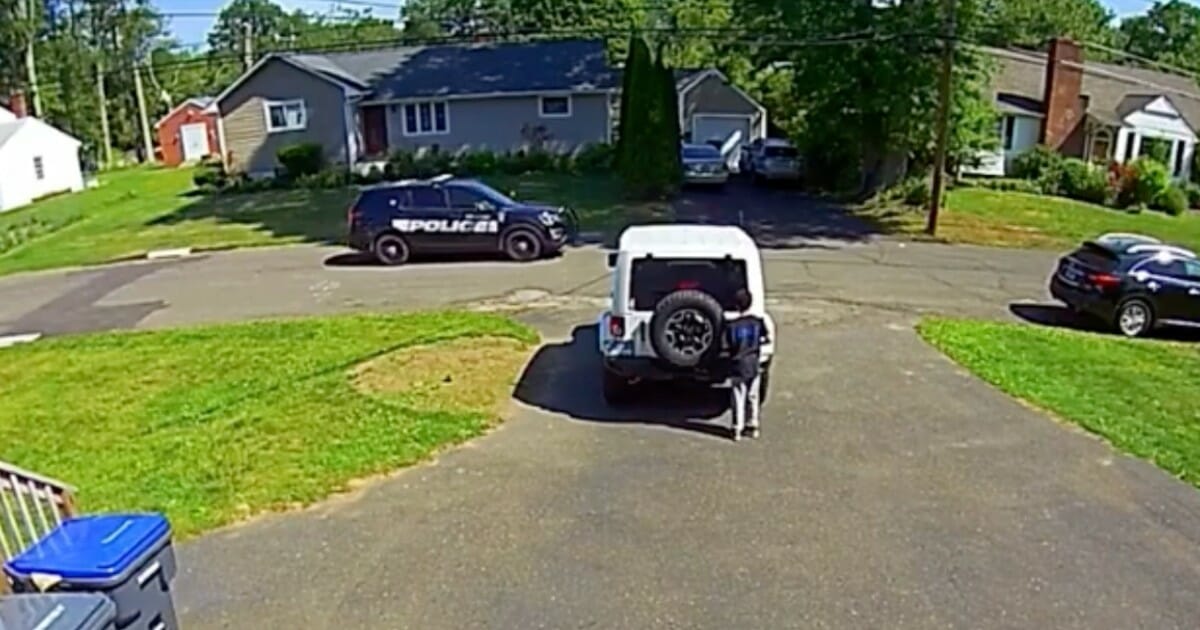 As the Black Lives Matter movement gains momentum, more and more people are becoming aware of the oppression Black people face every day.

Most recently, Stacey Pierre-Louis shared footage from his home’s security system that showed a heartbreaking image of his 10-year-old son Eliah.

When a police cruiser passed by the family’s home in Trumbull, Connecticut, the 10-year-old hid behind the family’s Jeep.

Stacey was at work when he saw his son playing in the driveway and felt helpless as he watched his son hide behind the vehicle until it was safe to come out.

He wrote on Instagram that he debated uploading the video, but went ahead with it. It’s since gone viral and garnered a lot of attention.

“But unfortunately this is the reality for millions of Black and minority children across this nation and the world,” he told CBS News.

When Stacey returned home from work he asked Eliah why he hid and his response was perhaps even more heartbreaking than the action.

“Because they killed George Floyd.”

As he told CBS News, his job as a parent is to protect his child and give him the resources he’ll need later in life.

“My priority as a parent and family man is to protect my son and children from the atrocities and injustices of the world and provide them with the tools to be whole, productive and fearless contributing members of the world,” he said.

This is such a heartbreaking moment, but it’s important for non-Black people to understand that this heightened awareness of the police is an unfortunate reality for Black people. And it will continue to be until police brutality ends and Black lives matter.

Share if watching this broke your heart, and you’re willing to commit to making a change.