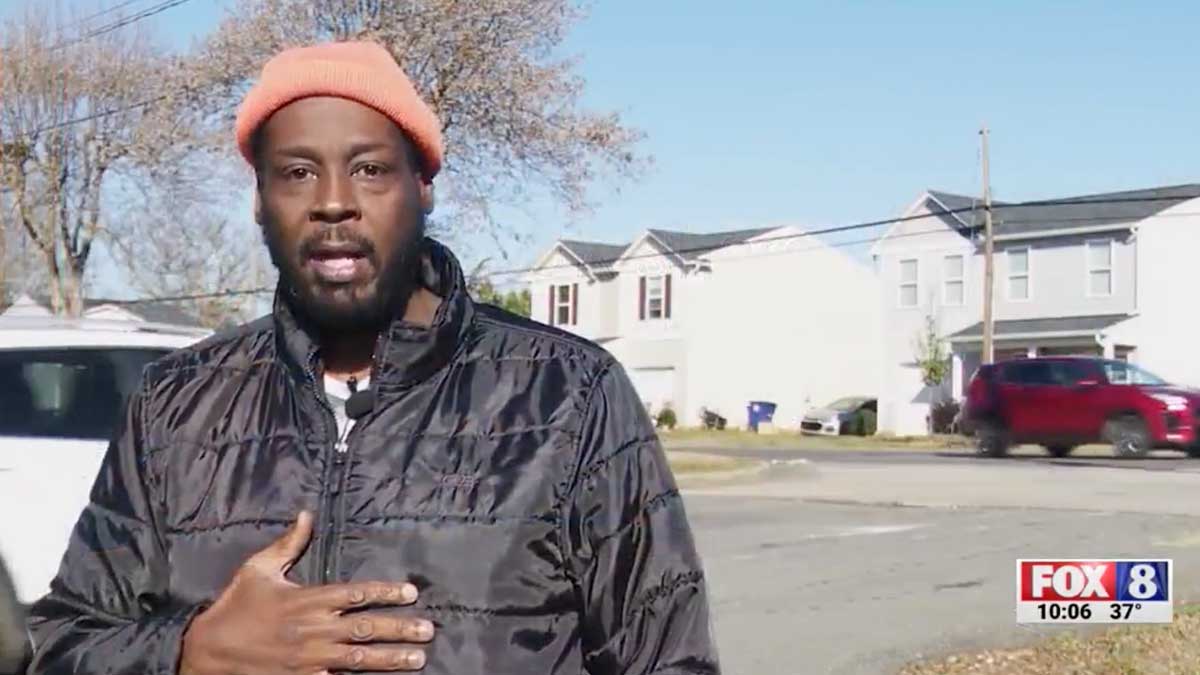 It’s no secret that teachers have not only one of the hardest jobs, but one of the most underpaid as well.

Teachers are tasked with educating the youth of the world, however conditions in the classroom – anything from lack of funding to students’ behavior – often make the gargantuan mission even more difficult.

Recently, one North Carolina father took matters in his own hands when he discovered his son wasn’t performing well in school. And now he’s calling on other parents to help the situation, not only for the children, but the teachers.

When Johnson received his son’s report card it was full of Fs and comments from his teachers stating his grades were reflective of his behavior in the classroom.

Johnson got an idea.

He decided he would sit in on his eighth grade son’s middle school classes and witness the behavior for himself.

What he saw went “against everything me and his mother stand for.” Johnson was astounded at the behavior not only from his 13-year-old son’s classmates, but from his own son.

“Parents, our kids are out of CONTROL at Northwest Middle School!!!” he shared in a post on Facebook.

“The blantant disrespect ‘Our’ kids are showing the teachers is ridiculous. My Child Included.”

‘That is not normal.’

“It’s only so much the school and teachers can do. Their hands are tied up, due to only being able to do so much with discipline with the kids these days,” he wrote.

He expressed his fear that if his son continued on his current path he was headed down the wrong road.

“Go to school,” Johnson said. “Be better than me. Get an education. Get a higher paying job than me. You can do it. All you’ve got to do is try.”

While Johnson called on other parents of students from Northwest Middle School to join him, he plans to continue sitting in on his son’s classes until the 13-year-old’s behavior changes.

“From the time he leaves my house until the time he gets back to my house, he’s going to do what he’s supposed to do in my presence.”

He’s also in the process of scheduling a meeting with the district’s superintendent to discuss how parents can become more involved with their children’s education and help the teachers.

I’m extremely impressed by this kind of involvement. We need more parents like Corey!

Teachers already have a tough job, and students misbehaving in classrooms not only make it harder for educators, but they make it difficult for the students who want to be in school and learn.