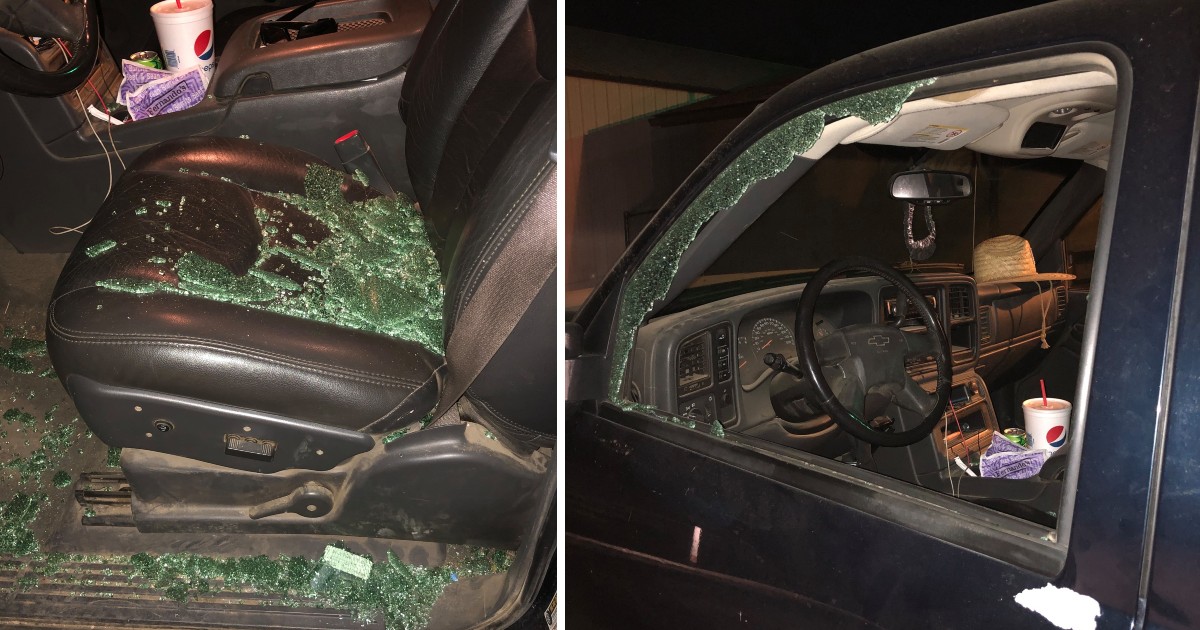 The Evans Canyon Fire in Washington has burned an estimated 12,000 acres, and as of Tuesday officials say it is zero percent contained.

Hundreds of firefighters have descended on the area to help save nearly 150 structures, crops, power lines, and radio towers from the devastating blaze, which began around 2:30 p.m. Monday.

While some of those brave men and women were battling the blazes, someone broke into their vehicles, which had been parked at the fire station.

“It is a sad day when criminals will prey on the first responders that are potentially keeping them safe. I am sure all they wanted to do was drive home and sleep. Now they have to deal with this mess and insurance companies,” Officer Casey Schilperoort with the Yakima County Sheriff’s Office said.

Brandon Lambert, a firefighter with Yakima County Fire District #2, was one of the victims.

He shared images of his vehicle with smashed window on Facebook.

Many commented on Lambert’s post sharing their disgust and expressing their sympathy.

But there was one that stood out. It was an offer to replace the smashed windows, they only asked for help finding someone who could do the install. Luckily, the community came together and offered to repair the damages caused by the person or persons who broke into the firefighters’ vehicles.

This incident comes just a few days after a firefighter battling a wildfire in California reportedly had their wallet stolen and bank account drained.

Officials are asking anyone who has any information about the break-in to contact the Yakima County Sheriff’s Office.

It’s unimaginable that someone can take advantage of someone, especially when they’re doing something such as battling a fire.