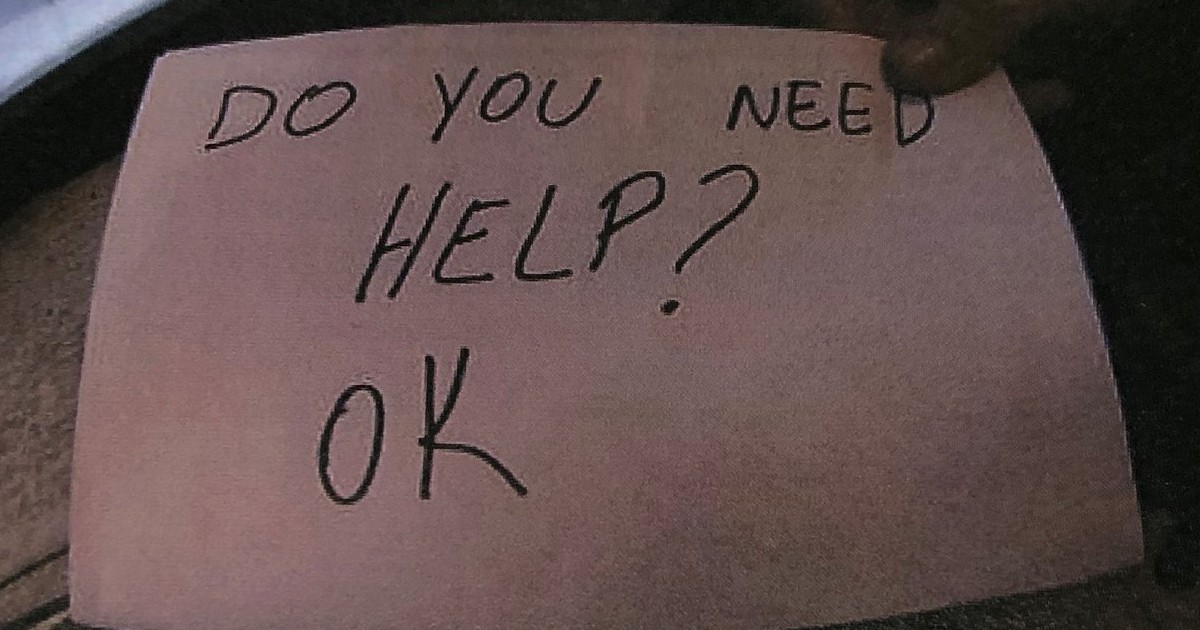 A waitress from Florida is being credited with saving an 11-year-old boy from an allegedly abusive home.

While working at Mrs. Potato Restaurant in Orlando, Florida on New Year’s Day, Flavaine Carvalho noticed a young boy sitting at a table with two adults.

She paid attention to how the customer, Timothy Wilson II, did not allow the 11-year-old boy to order any food. Carvalho also observed bruises on the child’s face and arms.

In order to avoid causing a scene, she created a sign asking if the boy needed help and stood behind the boy’s parents.

According to WESH, Wilson, the boy’s stepfather, was arrested on third degree child abuse charges.

The boy told police he had ratchet straps fastened to his ankles and neck and he was hung upside down from a door. He was also hit with a broom and handcuffed to a moving dolly.

Bless Flavaine for taking notice and saying something.

It is absolutely horrible what this boy had to endure, hopefully he will never have to live in fear again.