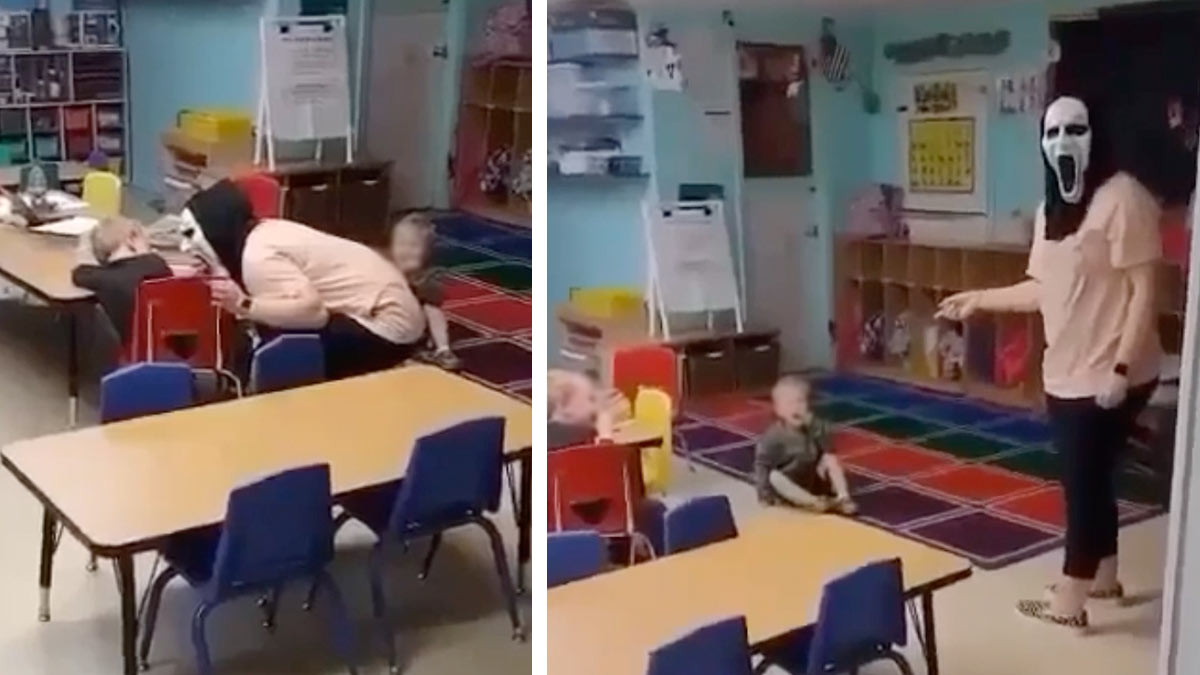 Charges have been filed against five former daycare workers who were seen in a now viral video scaring small children at a daycare in Hamilton, Mississippi.

The incident took place October 4 at Lil’ Blessings Child Care and Learning Center. The owner of the daycare said a similar incident also took place in September, but that was not caught on camera.

Four former employees were each charged with three felony counts of child abuse on October 19, and a fifth employee was charged with failure to report abuse.

Three videos of the children being frightened by an employee wearing a mask similar to the one from the Scream franchise, were uploaded to Facebook on October 5.

The clips, which quickly went viral, other employees pointed out children who were not following the rules or acting out.

“Are you being bad? Do I need to take you outside?” the masked employee can be heard yelling into the face of a child.

The children cower in fear as the employee gets in their face. At one point another employee can be heard saying, “We are supposed to be cleaning up, monster.”

At one point a child attempts to run away, but the masked employee chases them and yells in their face.

At least one employee is heard laughing.

Sheila Sanders, who began working at the daycare in 1987 and has owned the facility for the past 20 years, was only made aware of the incident once the clips went viral.

“I contacted my licensure, and she has gotten involved,” Sanders said. “The people that did those acts are no longer with us. They were fired. I wasn’t here at the time and wasn’t aware they were doing that. I don’t condone that and never have. I just want to say it’s been taken care of.”

Both the Mississippi State Department of Health and the Monroe County Sheriff’s Office began an investigation.

On October 17, officials met with parents whose children were involved and informed them of the possible criminal charges the daycare workers could face.

“After that meeting, we had three sets of parents who decided to go to justice court and file charges on some of the daycare workers,” Monroe County Sheriff Kevin Crook said.

“There were some who were certain they wanted to file felony charges, and the only felony charge that this could possibly fit in was felony child abuse under subsection 1-D, and that dealt with improper supervising of the kids and their neglect and possible substantial mental trauma from what they were going through.”

On Thursday, a judge issued warrants for the arrest of five previous employees.

Traci Hutson, 44, was charged with failure to report abuse by a mandatory reporter and simple assault against a minor, both are misdemeanors.

“I was in complete shock of what I witnessed,” Katelyn Johnson, mother of a child who attends Lil’ Blessings, told ABC News. “Whether they had a mask on or a mask off, their behavior was unacceptable. My blood pressure was raised. It broke my heart for my child. I was angry.”

While some have called for the closure of the daycare, those who bring their children to the daycare stand by Sanders and Lil’ Blessings and believe the problem has been taken care of.

Who in their right mind thinks this is okay? I hope everyone learns a lesson from this awful incident.