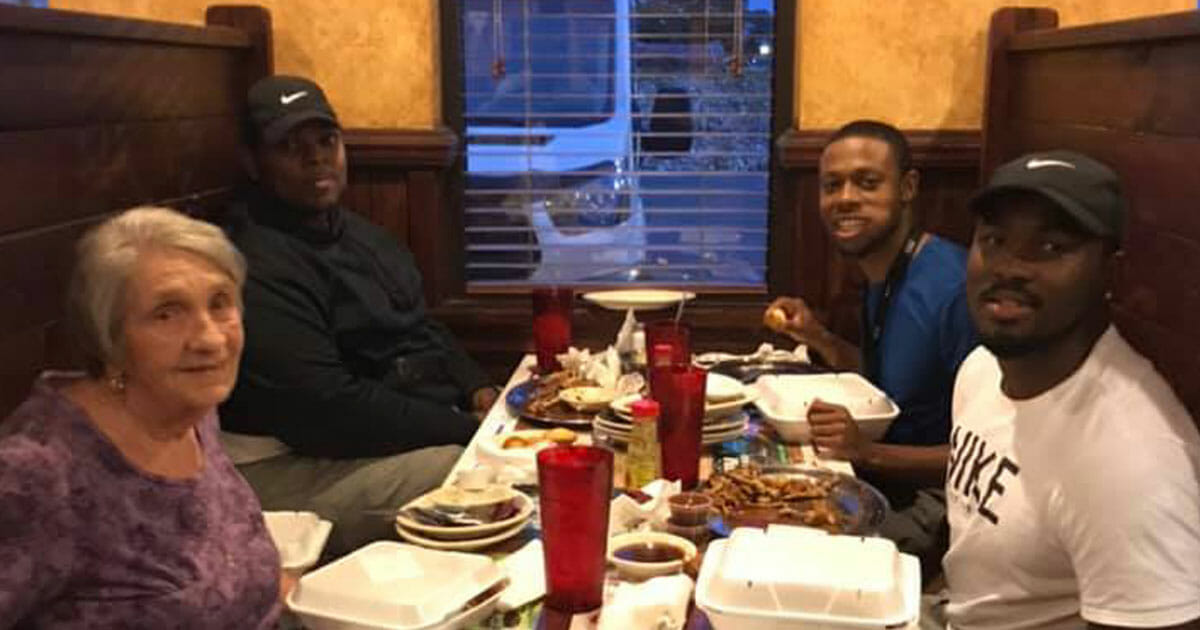 Have you ever eaten out at a restaurant by yourself?

Some may find the act of dining solo relaxing, while others may find it embarrassing, lonely, or scary. And while there is nothing wrong with eating by yourself, sometimes it doesn’t hurt to have a friend to share a meal with.

“My exact thoughts was ‘dang I’d hate to have to eat alone,'” Jamario Howard wrote.

In a Facebook post, Howard shared that he and two friends were out to eat at a restaurant in Oxford, Alabama when the trio noticed an elderly woman dining by herself.

He thought about her current situation and knew if he was in her position, he wouldn’t want to eat alone.

Howard shared that while his party waited for their food he decided to make a move. He went over to her table and asked if he could sit with her. It wasn’t long before the two started to chat.

It didn’t take long before the woman, opened up to Howard and shared the reason she was eating alone. Her husband had passed away and the following day would have been the couple’s 60th wedding anniversary.

After hearing this, Howard took action. He couldn’t let her eat by herself, so he invited her to his table, which he wrote she was “excited” about.

So tonight JaMychol Baker Tae Knight and myself went out to eat at this place called Brads in Oxford, and after us…

“This woman changed my outlook on life and how I look at other people,” Howard wrote. “Everyone has a story so do not judge! And people i can’t stress this enough.”

He also urged everyone to pay a visit to their mothers and grandparents because such a simple gesture can make a world of a difference to someone.

Even though Jamario Howard did not know the woman sitting by herself, he wanted to make sure she didn’t feel lonely. She appreciated his act of kindness, especially since it came at a time when she was mourning her late husband, and the two ended up enjoying a meal together.