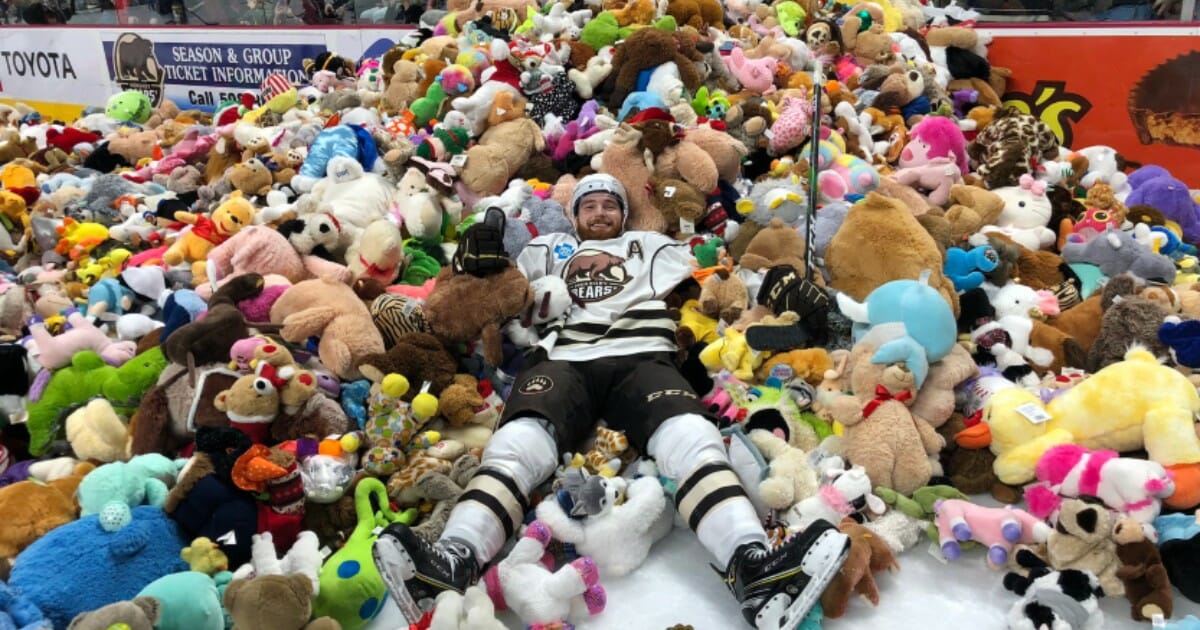 On Sunday, after the Hershey Bears scored their first goal thousands of teddy bears rained down onto the ice.

It was all part of the team’s annual Teddy Bear Toss, an event that’s held around the holidays where fans are encouraged to bring stuffed animals to toss onto the ice. All of the plushes that are collected are then donated to local charities during the holiday season.

The teddy bear shower, which resulted in a record-breaking 45,650 donations, lasted for several minutes. The team smashed their previous record, set in 2018, when fans threw 34,798 teddy bears onto the ice.

Even a gigantic stuffed sloth made its way onto the rink.

To make matters even sweeter, the Hershey Bears won in overtime.

This is an absolutely amazing tradition. The even is usually put on by minor and junior leagues, but imagine if the NHL participated. So many children could benefit!