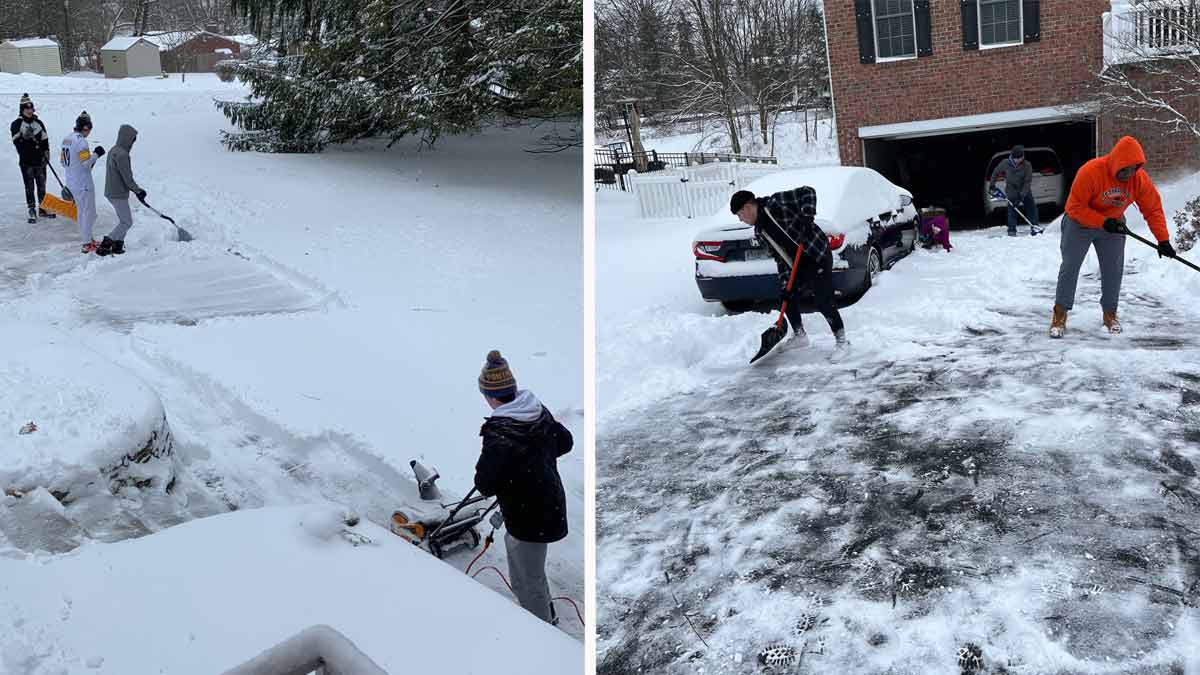 When a winter storm threatened to dump several inches of snow on western Pennsylvania, a high school football decided it was in everyone’s best interest to cancel practice.

So instead of lifting weights in the weight room, Bethel Park High School football coach Brian DeLallo instructed his players to “find an elderly or disabled neighbor and shovel their driveway.”

DeLallo told KDKA he was sitting on his couch getting ready for the Pittsburgh Steelers game when he sent out a tweet informing his players Monday’s workout was cancelled.

“This is something that predates me,” he said.

The school’s previous football coach taught his players about performing acts of kindness, and DeLallo was simply carrying on the tradition.

So after more than six inches of snow fell in Bethel Park, the team got to work.

“They’re surprised that we’re not taking money, we’re not doing anything for it,” junior and team captain Gavin Moul said.

Moul said some residents even refused their offer because they weren’t accepting any form of payment.

By the end of the day the team cleared dozens of driveways in their community.

One resident, 83-year-old Danny Varhola, was happy to have the young men of Bethel Park High School shovel his driveway. His own son played football at the high school in the 80s.

“You get a lot more out of this than ‘did you bench press 300 pounds today?’ This is really cool. It’s a chance to connect with the community and you don’t get many of those, so this is nice,” DeLallo said.

I absolutely love this! What an awesome way to give back to your community. I hope these young men got more than just a workout out of this.