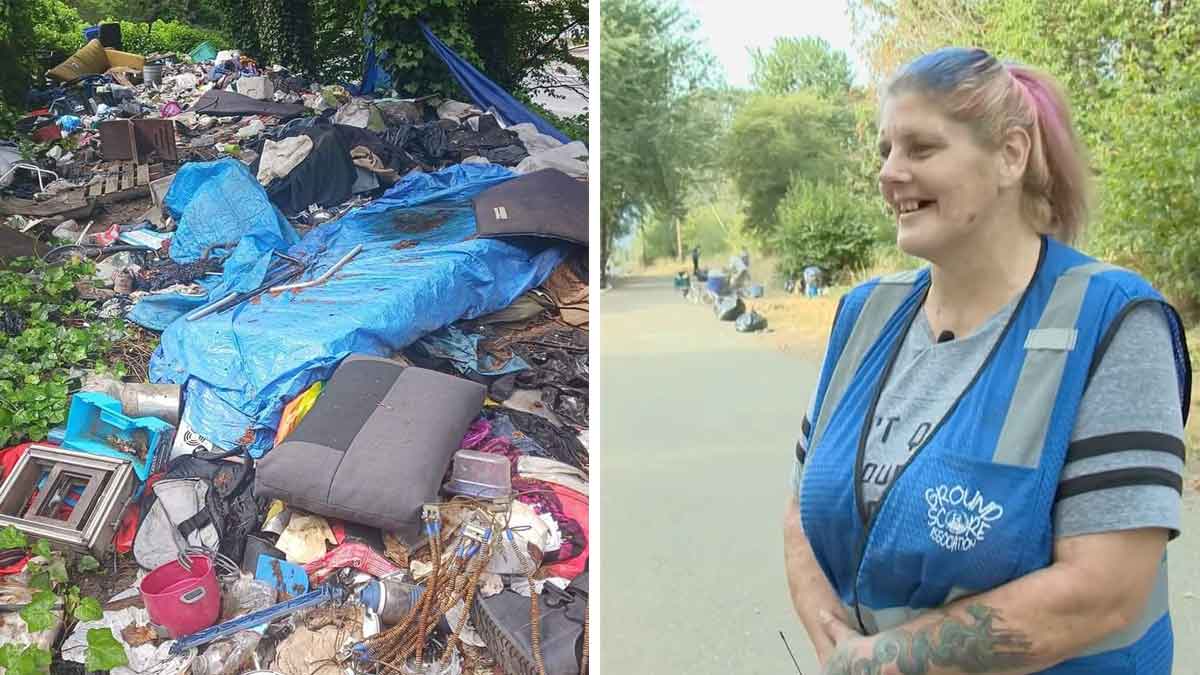 A pilot program launched in February 2021 in Portland, Oregon aimed at assisting the homeless population has been proven successful.

Within a year Angela McGuire, just one of an estimated 5,228 people experiencing homelessness in Portland, went from rock bottom to being proud of where she’s at in her life.

The program, a combined effort between the city of Portland and Trash for Peace, a nonprofit, employs people to collect trash around the neighborhood.

One of the big benefits is the pay is significantly higher than minimum wage.

“Which was a huge amount, I mean it’s over minimum wage and I’ve only worked minimum wage jobs ever, my whole life, so that was like a big boost, I was like 20 bucks an hour yeah, I can do that,” she said.

For McGuire, picking up assorted trash, “furniture, seats out of cars, shopping carts, you name it,” was a lot easier than asking for money.

“I didn’t want to have to go beg people for help or ask people for help,” she told KGW. “So it was really hard for me at that point I was hitting rock bottom.”

While the crew cleans all neighborhoods around Portland, they focus on areas around homeless camps, a place where McGuire said she nearly ended up after she found herself struggling to afford the motel she was living in.

But now after working for a year, not only has McGuire moved up the ranks and been given more responsibility, but she has also returned to school.

“I lead the crews out here help hire the people that work for us at the camps,” she said. “I made $22 an hour for that now I’m up $25 dollars an hours as a coordinator.”

McGuire currently lives in a tiny home village in North Portland, and one day she hopes to move into her own place.

It’s incredible to see what a difference this program has made on one person. Imagine what similar programs could do if they were implemented around the country!