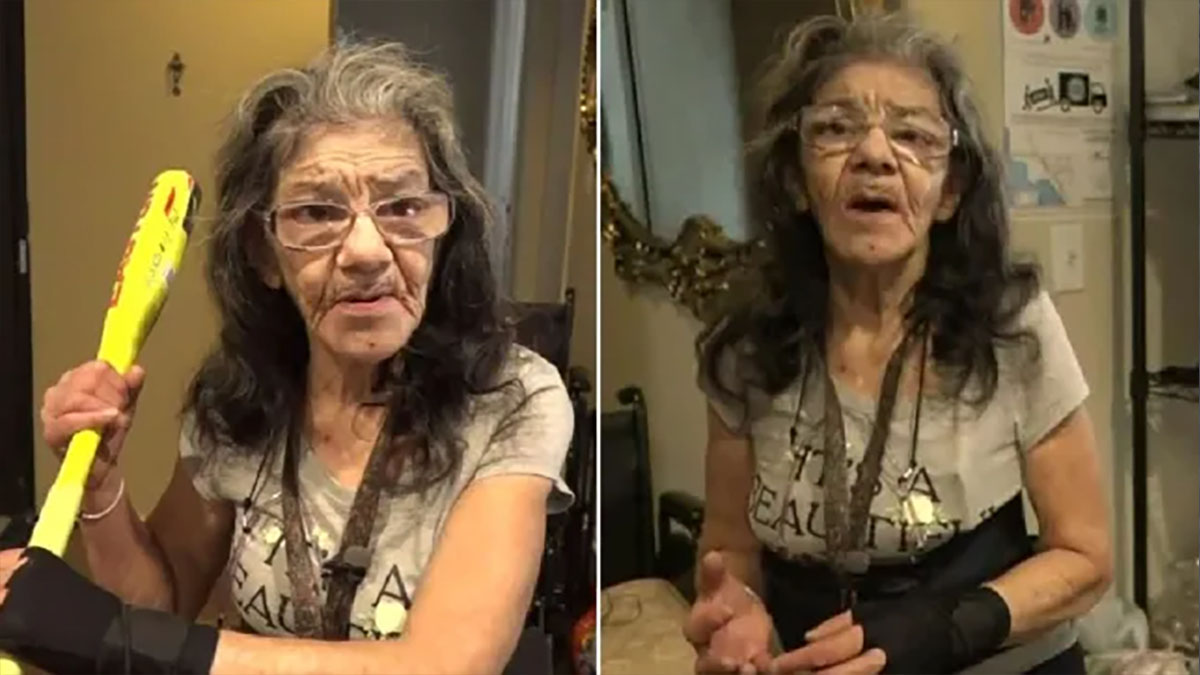 Standing at just under 5ft tall and in the senior years of her life petite Lorenza Marrujo appeared as a soft target to an intruder who targeted a senior citizen complex.

But the intruder was no match for Lorenzo, who has more than 20 years of martial arts training.

When Lorenza caught the man breaking into her apartment in California, she confronted him.

“As he was coming toward me, I said back off,” Lorenza told Los Angeles-based KCAL-TV.

The intruder took one look at Lorenza and left her apartment, but it wasn’t long before she heard screams.

Unfortunately the intruder then targeted the apartment of her 81-year-old friend and neighbor Elizabeth McCray.

He shook her until she fell to the floor, but Lorenza was not about to let him hurt her friend and called police before stepping in to help her.

Lorenza has a black belt in martial arts with 26 years of experience.

Elizabeth warned Lorenza to be careful, “he’s gonna kill us,” she said.

To which Lorenza said: “Not tonight.”

Lorenza said: “I squeezed myself between her (Elizabeth) and him…then I jumped on him and I was punching him and I had the cane against his throat.

“At the same time his arm came up and I twisted it around, he was shouting ‘you’re hurting me, you’re hurting me.’ and I said ‘I don’t care what happens to you, you have no right to hurt an elderly person.'”

Lorenza was able to pin the intruder to the ground until police arrived.

Elizabeth was taken to hospital and released the next day. The suspect was arrested.

Police advised people not to follow Lorenza’s actions in fighting off intruders but who knows what would have happened to Elizabeth if she hadn’t.

Please share this story to pay tribute to this mighty warrior who risked her life to help a friend.