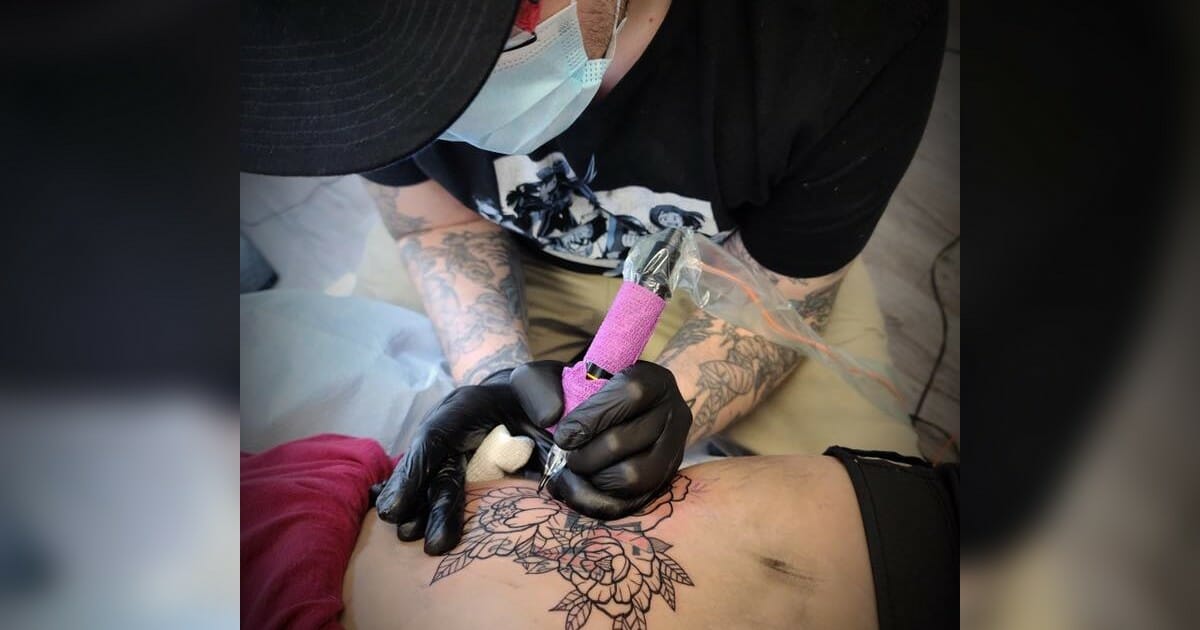 The current Black Lives Matter movement has sparked a worldwide conversation about police brutality and race, specifically in the United States.

Since the killing of George Floyd, the movement has led to the downfall of several Confederate statues, the changing of the Aunt Jemima brand, and reflection of prior racist behaviors.

A tattoo shop in Murray, Kentucky is hoping to contribute to a better future by offering to cover up anyone’s racist tattoos, free of charge.

“Having anything hate related is completely unacceptable. A lot of people when they were younger just didn’t know any better and were left with mistakes on their bodies,” Ryun King, a tattoo artist at Gallery X Art Collective, told CNN.

“We just want to make sure everybody has a chance to change.”

The shop posted the offer on Facebook and said they’d remove anyone’s hate-related tattoo, free of charge, no questions asked, as long as the artist has the final say on the new design.

“One of the people we got was a man with both of his forearms completely covered in hate symbols, absolutely everywhere. How is this man going to interact with society with the mistakes he made 10, 15, 20 years ago?”

The artists were inspired to offer the service to give people the opportunity to change their past mistakes.

Jay Harvill, owner of Gallery X Art Collective, told ABC News that since they shared their post they’ve received over 500 requests. They recently announced that because of the number of requests, they’ve reached out to other studios who will also remove hate-related tattoos.

One of those people was Jennifer Tucker. When she was 18 years old she jumped on the bandwagon and got a tattoo of the Confederate flag on her ankle.

“I went to a school where there wasn’t a single black person,” Tucker said. “Our community had no black families, they would literally run them out every time one moved in. Everyone in my school flew rebel flags and had rebel flag tattoos and I bandwagoned and got the tattoo. It was a horrible thing to do.”

As she got older she became involved in various movements aimed fighting racial injustices. So when a friend came across Gallery X Art Collective’s offer she jumped at the chance.

“I just needed to get that symbol of hatred off of my body.”

Now, with an image of Pickle Rick, a character from “Rick and Morty” has replaced the flag, and she says it’s “life-changing.”

“My artist feels that offering this service is the best way they can help and give back to our community,” Harvill said. “To help spread the messages of positivity, equality and to just love each other.”

What an awesome gesture. Wouldn’t it be great if more tattoo shops offered the same or similar service?