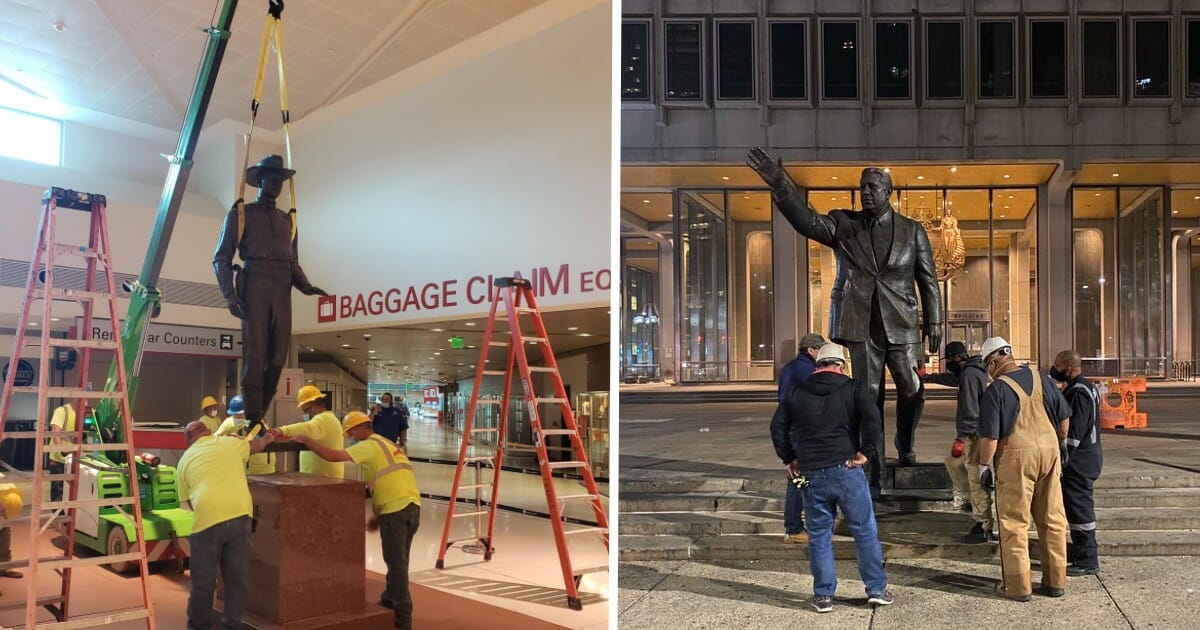 In the wake of the George Floyd’s death and more than a week of protests against police brutality, cities in the South have begun removing Confederate statues and monuments.

Even a controversial statue in Philadelphia was removed.

While many of the monuments have stood for decades, some even more than century, they have also served as a reminder of hate. For as long as they were displayed, residents have protested the displays of racism.

But often, officials hands were tied due to laws in some southern states that either restrict or prohibit the removal of public monuments.

Despite the laws, recent events have led government officials in many states to acknowledge that racism is always present and demand that the ever-present reminders are removed forever.

“The events of the past weeks have shown clearly that it’s not enough just to face our history — we’ve got to address its impact on our present,” Louisville Mayor Greg Fischer said in a statement according to the Courier Journal.

In Louisville, a statue of John B. Castleman was taken down after it was on display for more than 100 years. Despite Castleman’s contributions to Louisville, he was a Confederate soldier who “fought to keep men, women and children bonded in the chains of slavery.”

Virginia, which has the most Confederate monuments in the country, plans to remove at least one statue. However, a judge put a halt to the governor’s plan and issued a 10-day injunction barring Governor Ralph Northam from removing the statue of General Robert E. Lee.

“I believe that when we learn more, we can do more. When we take that honest look at our past we must do more than talk about the future. We must take action,” Northam said.

Do you agree with the removal of Confederate statues and monuments?